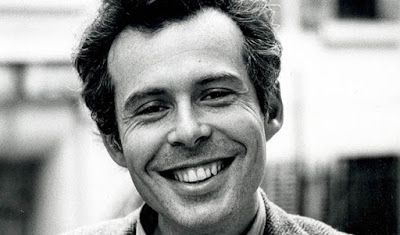 Jean-Claude van Itallie, Belgian-born holocaust survivor, writer of landmark 1960’s anti-Vietnam War play America Hurrah, ensemble playwright of the ground-breaking Open Theater was an early La MaMa and Caffe Cino playwright. He is the author of over thirty plays including War, the Doris plays, The Serpent; Mystery Play; Tibetan Book of the Dead or How Not to Do It Again; Bag Lady; Ancient Boys, The Traveler; Struck Dumb; Light; Fear Itself, Secrets of the White House and often produced translations of Chekhov’s major plays. He is a performer of one person shows, master teacher of acting/writing/meditation workshops, and wrote The Playwright’s Workbook as well as his recent Tea with Demons, games of transformation. He lives on a beautiful mountainside farm in Western Massachusetts where he directs Shantigar Foundation for theater, meditation, and healing. His most recent play, The Fat Lady Sings, will be produced at La MaMa in the spring of 2019.

Nancy Cooperstein Charney’s acting career began during the Second World War when she was asked to perform with Youth Aliyah an organization that was set up to help get Jewish children out of Germany.  Youth Aliyah raised millions of dollars in this country and helped many children flee Germany to get to safer ports. Her professional acting career began when she was 11, at the Somerset Playhouse, in Somerset, MA. where she acted with Edward Arnold, Zazu Pitts and others. Her relationship with Jean Claude van Itallie began when they were both students at The Neighborhood Playhouse in NYC.  Nancy went on to act in Jean Claude’s MYSTERY PLAY at the Cherry Lane Theatre, and his adaptation of MEDEA at Amherst College.

Nancy graduated from Bennington College with a degree in Theatre, and did graduate work at Columbia University. They have become life long friends. Nancy was a member of the WORKING THEATRE, and Andre Gregory’s MANHATTAN PROJECT. As a Rockefeller designated Master Teacher, she taught acting to students in NYC Public schools, prisoners on Rikers Island, drug addicts at Phoenix House, to private students in NYC,  and in colleges and Universities around the country, including Princeton, Amherst, Bennington and The University of North Carolina. Nancy worked as an assistant on many Broadway shows, and with her husband Jordan Charney and David Rothenberg, produced Viet Rock Off Broadway. Highlights of her later career, include her Los Angeles winning Documentary, Pioneer Women and the Wilbur Award and Emmy-nominated Showtime film Snow in August, from a book by Peter Hamil. Nancy was a director on the television series The Wonder Years  and directed an ABC Afternoon Special about the dangers of drinking and driving. On Broadway, she produced Lanford Wilson’s Pulitzer Award, multi Emmy nominated award winning play, Tally’s Folly.

Gwen Fabricant is a visual artist, living and working in New York City. She designed and made the costumes for all of The Open Theatre works. Her long friendship with Jean-Claude informs her work as a painter.

Tessa Flannery is an actor, voice over artist, and photographer based in Brooklyn. She is an artistic associate of Voyage Theater Company and thanks Wayne for this opportunity. Her comic one act ‘Tentacles’ recently took home awards from Pittsburgh Fringe and FRIGID NY. www.tessaflannery.com

Joyce Aaron Funk is an actor, director and Teacher. She is a graduate The Neighborhood Playhouse where she studied with Sandford Meisner Martha Graham. She received an Obie in 1975/76 for her performance in acrobatics which directed and co-wrote with Luna Tralo. She is a member of the Open Theater for many years , Working closely with Joseph Chaikin and touring internationally. She lived and worked with Sam Shepard after he cast her in his first play, Up to Thursday, at the Cherry Lane Theater. She was original production of American Hurrah by Jen Claude Itallie and played it at the Royal court Theater in London. She worked with Peter Brook  at the Bouffes in Paris and Jerzy Grotowski in Denmark. She lived in Amsterdam for a number of years where she taught and directed in the Dutch theater  and TV and ran her own private workshops. In 2002 she performed in Happy Days by Samuel Beckett, directed by Joseph Chaikin at the Cherry Lane Theater. Working with Joseph Chaikin was a source of unending inspiration.

Rosemary Quinn is a long-time resident of New York City’s Lower East Side, working as an actress, director, teacher, arts administrator and producer. She has originated roles in experimental theater productions with The Other Theater, The Talking Band, Mabou Mines, The Roy Hart Theatre and Theatre for a Two-Headed Calf, among others. She most recently appeared at The New Museum in her recurring role as Grace Tanning in Room for Cream by the Dyke Division of Two-Headed Calf. Rosemary is a member of the Roy Hart Theatre and teaches workshops at their center in France. She teaches at NYU’s Tisch School of the Arts and is the Director of the Experimental Theatre Wing. Rosemary has worked with Jean-Claude van Itallie over many treasured decades and has performed in a number of his plays, including Sunset Freeway, which was written for her. She directed Jean-Claude in his solo performance Confessions and Conversation at LaMama in 2016 and most recently directed the reading at The Cherry Lane of his latest play, The Fat Lady Sings.

Wayne Maugans is the Founding Artistic Director of Voyage Theater Company. Directing credits for VTC include UNVEILED by Rohina Malik (NYC & South African tour), THE PELICAN by August Strindberg, SUN by Adrienne Kennedy, INTERMISSION by Daniel Libman, MY POOR MARAT by Aleksei Arbuzov, and OBAMA 44 by Mario Fratti. Other directing includes POLAROID STORIES by Naomi Iizuka (Brooklyn College), THE TROJAN WOMEN (Atlantic Theater/NYU), UNCLE by Dean Gray and TRAILERVILLE by John Dufresne (both at Blue Heron Theatre). As an actor, Wayne has appeared on Broadway in AUGUST: OSAGE COUNTY, and at numerous off-Broadway and regional theaters, including 59E59, Manhattan Theater Club, Signature Theater, Actors’ Theater of Louisville, The Cleveland Playhouse, Primary Stages, Yale Rep, Seven Stages, Two River Theater, and La MaMa ETC. Wayne holds a BFA in Acting from New York University and an MFA in Directing from CUNY/Brooklyn College. He is a member of the Lincoln Center Directors Lab and The Fence. www.voyagetheatercompany.org

Evangeline Morphos‘ career has always combined producing with scholarship and teaching. She has taught at Harvard, NYU (where she was the Chair of the Ungergraduate Drama Department) and Columbia, where she was a professor in The School of the Arts for 25 years, launching the School’s program in Television. As a visiting scholar at Oxford she gave the university’s first lectures in American Theater, and at Cambridge she gave lectures in American Theater and Television as a Dramatic Medium. As a producer, she has worked in theatre, film, and television and is a pioneer in narrative web content. She has produced over twenty-five off-Broadway productions, premiering new plays by David Rabe, David Mamet, Sam Shepard and Frank Pugliese and the long-running hits Blown Sideways Through Life, The Food Chain and After-Play. In support of emerging writers and the development of new plays Morphos was the Executive Director of the Civita Festival, Ensemble Studio Theater and The Cherry Lane Mentor Project. She has been a consultant for theater, film and new media companies. She is the co-founder of eguiders.com, a web site that makes daily recommendations of the best online videos. Morphos was a producer on The Bedford Diaries, a series on the WB network Executive Produced by Tom Fontana, and is currently developing a project with Jean-Claude van Italie.  She has a B.A. from Wellesley College and an M.A. and Ph.D. in English from Harvard University. She has written on theater, film, television, and new media, and is the editor of A Dream of Passion by Lee Strasberg. She has written about American television and culture for Politico, Reuters and The Wall Street Journal where she wrote a weekly blog on Mad Men.

Tina Shepard was a member of The Open Theater, The Winter Project and The Other Theater, all under the direction of Joe Chaikin. She is a founding member of The Talking Band, formed with her colleagues Paul Zimet & Ellen Maddow when The Open Theater disbanded in 1973. Tina teaches acting and aikido at NYU/ETW.

Ben Stroman: NYC: Perfect Teeth; The Angels of Mons. Tour: We The People (Theatreworks/USA). Regional: A Midsummer Night’s Dream (St. Louis Rep). London: Henry V (RADA). Ben is currently directing The Man In The Blue Shirt (Short Film). He studied at the Webster Conservatory and the Royal Academy of Dramatic Arts in London.