An Italian Miracle with Dario D’Ambrosi 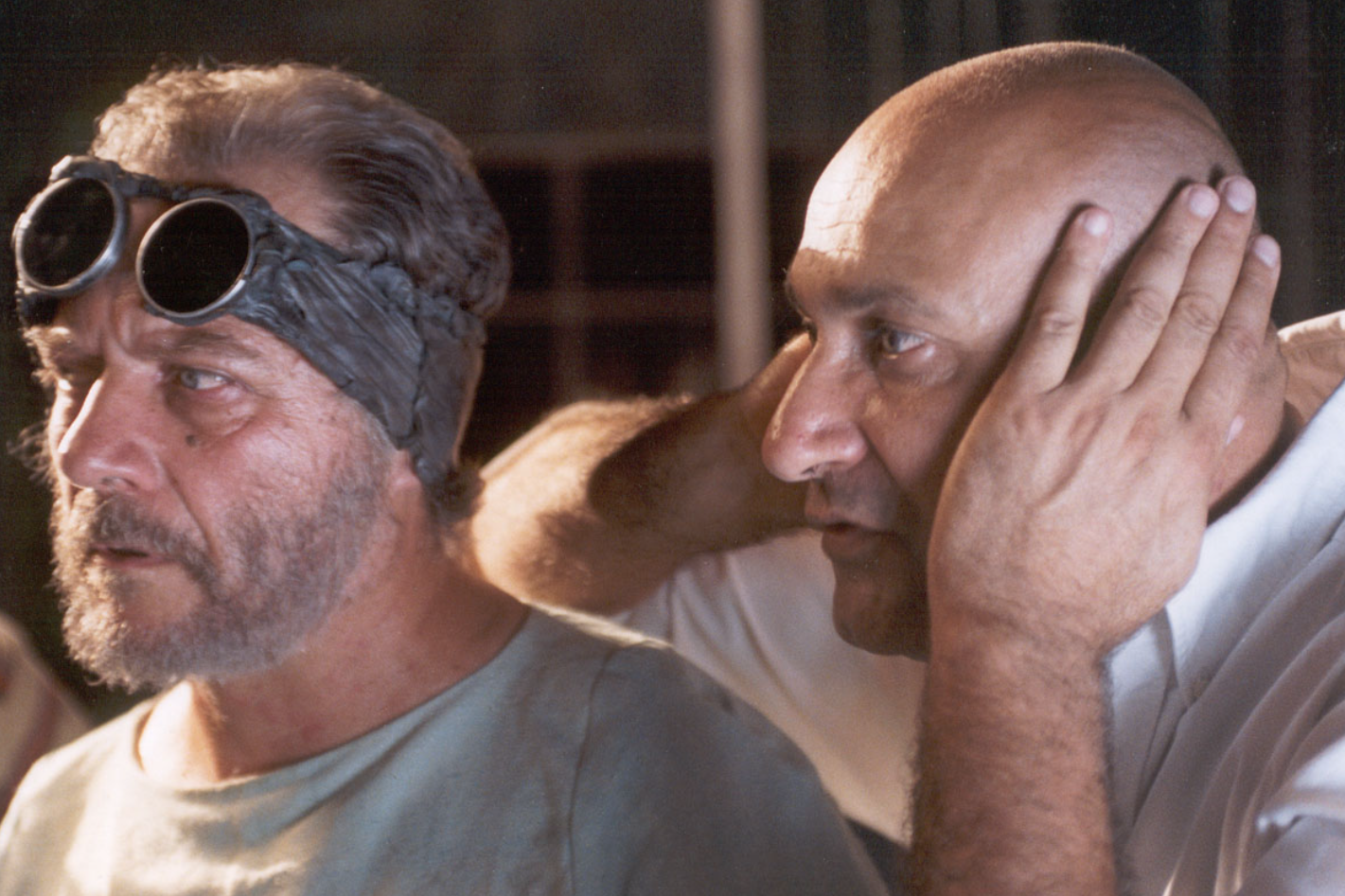 “In many countries they put their mentally disabled in straightjackets and contention beds; we offer them a university degree, in “Theater of the Emotion.”

The “Integrated Theater of the Emotion” is a university-level degree especially designed to academically and professionally prepare people with disabilities in the field of theater arts. It has been fully operational at the University of Studies of Tor Vergata, one of Rome’s outer boroughs, for almost a year now, and it has been a true revolution in the lives of people with disabilities and their families.

The night of December 12th will feature video clips, exclusive testimonies and the results of scientific studies that demonstrate how the accomplishments of the Pathological Theater are a true “miracle”, and a model that could be exported in all countries in the world to help give many emarginated people back their deserved dignity.

Excerpts from “The Buzzing of the Flies” by Dario D’Ambrosi

Panel Discussion of the scientific results

Cocktails and aperitivo offered by Serafina

More About The Shows

THE BUZZING OF THE FLIES

In a world without madness, a team of scientists and psychiatrists is working on a new ambitious project: to bring back folly to the earth, in order to fight boredom and depression. They capture the last three crazy people in the world: Franco, a failed painter, Matteo, an absent minded dreamer, and Felice, a sweet and sensitive piano player. The experiment begins. First, the scientists observe the three for a while; then, with a surreal theatrical staging, a form of therapy, they bring them back to their original day to day life, where their madness probably started. Directed by Dr. Graus, this medically approved performance features a group of professional actors and one of the psychiatrists, Dr. Natalia. When the three fools finally discover the true reason behind the experiment, they want to commit suicide. Dr. Natalia is the only one moved to compassion for them and becomes their accomplice. As we later find out, Natalia suffers from the same disease of the three protagonists, a form of madness that she kept concealed. She convinces them to give up suicide and run away from the institute. Together they will restore joy and lightheartedness in this world without madness.

Towards the beginning of the twentieth century was born in Varedo, near Milan, an handicapped child named Antonio. Growing up he was unable to take in the vertical position, because of differences in leg length. It was also equipped with low intelligence, so to avoid problems and embarrassment, her parents, uneducated peasants poor, they thought to close in the henhouse with the chickens. Over the years, Antonio began to imitate in every respect the attitudes and habits of his companions in prison: quacks and pecked at the food rather than eat it and once they reach the age of development with the chickens began to have “regular contact “. His case, known throughout the country, turned into a chicken coop that sort of attraction, until the young Antonio did not have sexual intercourse with a prostitute, and then shouted to the scandal and the young man was imprisoned in a mental hospital. He died just 19 years, pulmonary emphysema, since his cell was the one closest to the laundry. He died a few days after I found out not to be a rooster. D’Ambrosi This incredible story is documented in the archives of the Paolo Pini of Milan: the story of Antonio and his days in a mental hospital.

The first ever university-level degree in “Integrated Theater of the Emotion” was born in Rome in 2016 thanks to the communal effort of Pathological Theater, the University of Studies of Tor Vergata and MIUR (the Italian ministry of university and research). The objective is to increment and sustain the right to education for those with metal or physical disabilities. The curriculum includes a compendium of theater-related courses: acting, playwriting, directing, set design, costume design, music therapy, singing and dance. Through the study of these subjects the disabled students will acquire tools that will help them approach the professional world and recover an often denied dignity. Thanks to the incredible results of the course, in 2017 the “Integrated Theater of the Emotion” will also open at the University of Studies of Camerino, in central Italy. 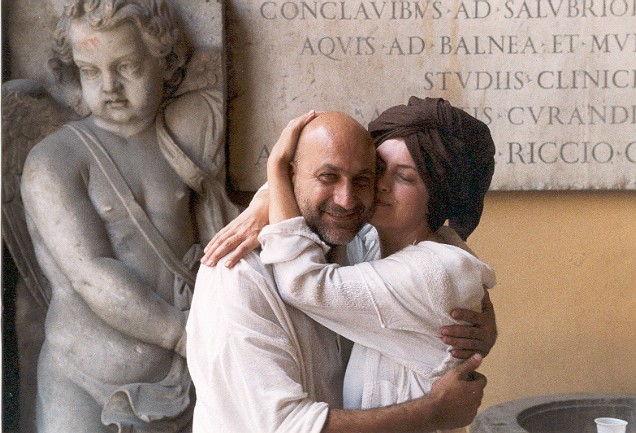 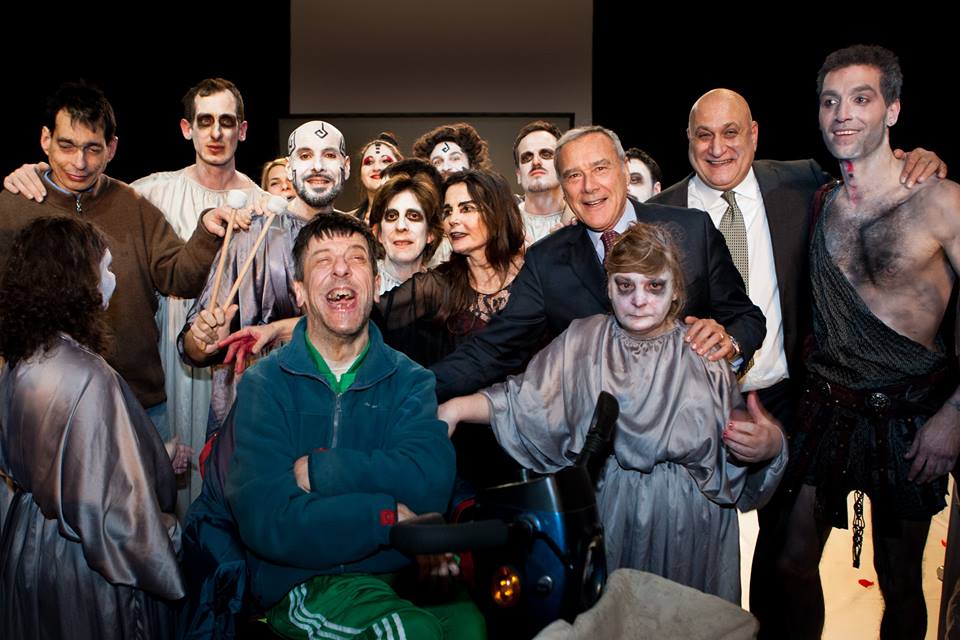 Press for An Italian Miracle