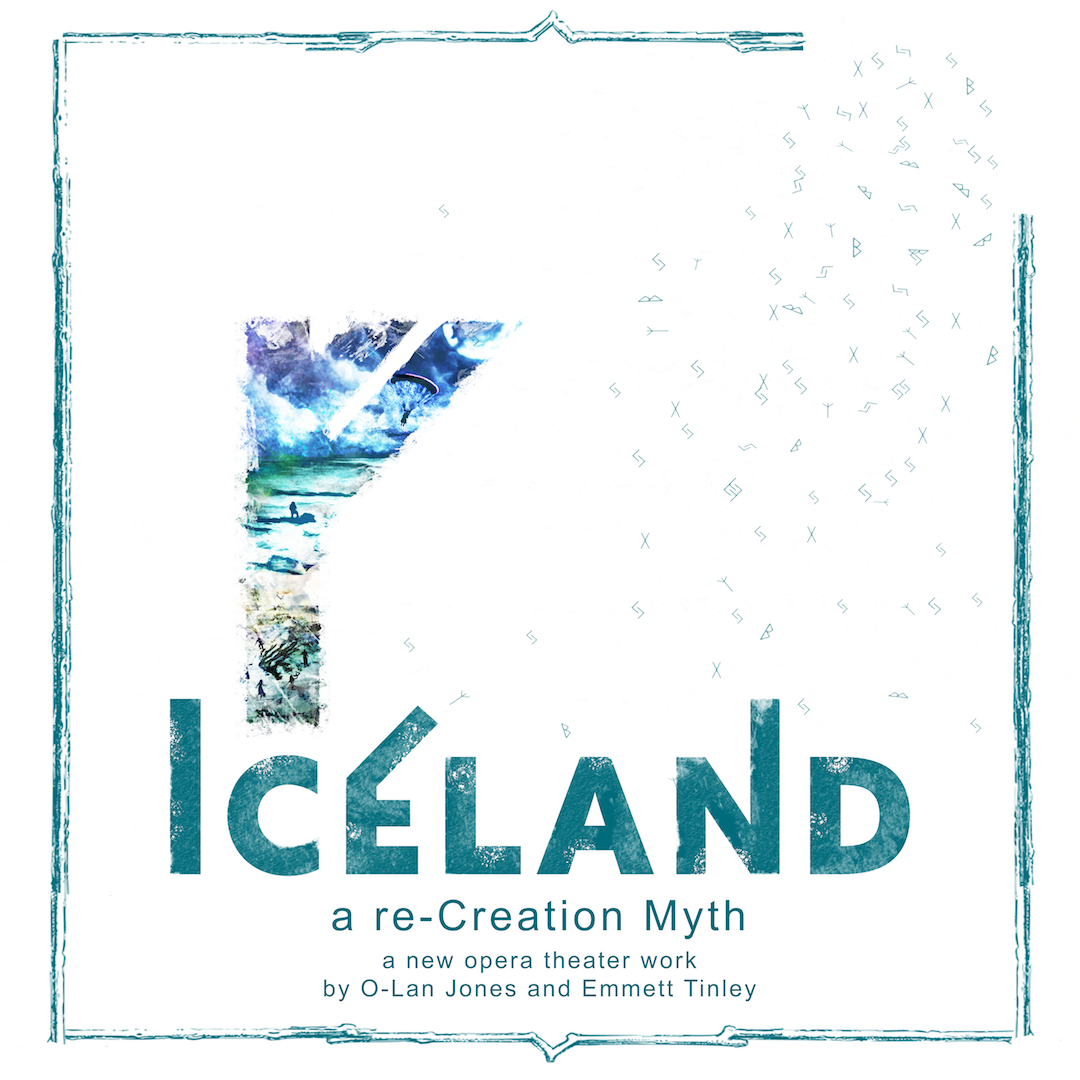 By O-Lan Jones and Emmett Tinley

Friday–Saturday at 7PM
Sunday at 2PM
Monday at 7PM

A contemporary love story that plays with the ancient mythology of the country itself, ICELAND begins with a seemingly chance encounter between Vala, a disillusioned architect in search of answers, and Mundi, a dispirited wilderness guide mentally scarred by a climbing accident some years before. The heroine and hero embark on separate journeys across the physical and emotional terrain of a glacier, which catapults them into the realm of The Hiddenfolk and the Mythic Beasts. Through Vala and Mundi’s opposing trajectories and eventual union, ICELAND explores – using movement, music, and design – how longing, courage, and the transcendent power of love create a vibrant relationship between the intimacy of human life and the vast dynamic life of the earth.The piece features an ensemble cast of 14 and an 11-piece chamber orchestra. Jones’ music scores the Hidden World, home to the Huldufólk or Hiddenfolk, beings who live in a parallel world to humans. Tinley’s songs – based in a singer-songwriter folk tradition – give voice to Vala and Mundi’s human desires. The two composers’ styles weave together to create a rich texture in which the Human and the Hidden coexist.