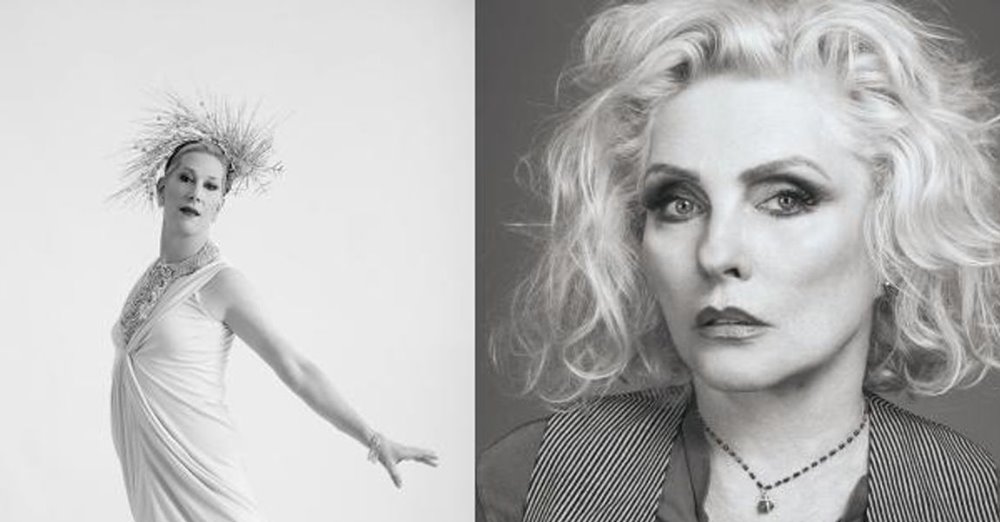 Barbara Maier Gustern is a voice teacher, singer/actor, director and producer. Her teaching includes classical, cantorial, pop, rock and cabaret. As a singer/actor she appeared in major roles in musicals off Broadway and in summer stock across the country, often with her husband, basso Joseph Gustern. In opera she sang with the New York City Opera, Dayton-Toledo Opera, Little Orchestra Society, Fifth Avenue Opera and toured with Patricia Neway in The Turn of the Screw. Through a chance meeting at a party, she was encouraged to look into teaching voice, and thus began a career that has been an all consuming passion ever since. Having taught at the American Musical and Dramatic Academy training students for careers in. Musical Theater she added students studying for the cantorate to her list. When she began to teach Diamanda Galas her real life’s work emerged – working with the downtown/alt cabaret performers. Soon Debby Harry, Justin Vivian Bond, John Kelly, Carol Lipnik, and a host of other luminaries became regular students. She was the vocal supervisor for three Broadway shows: Metro, Passing Strange and the revival of Oklahoma. She currently directs a recurring cabaret with Austin Pendleton and Barbara Bleier in which she is also a guest performer . On Feb, 10th to celebrate her 85th birthday she is producing a cabaret at Joe’s Pub and continuing at Pangea. These will benefit Holy Apostles Soup Kitchen. She looks forward to many more years teaching the wonderful singers who cross her path.

Bassist, vocalist and composer Emma Alabaster was born-and-raised in Brooklyn. She has played in collaboration with many musicians and artists, including fronting decibelists, an experimental pop band and music-directing luminary poet Cornelius Eady’s band, Rough Magic. Emma also works as an arts educator in NYC schools and beyond.

Barbara Bleier is a singer/actor/playwright who has appeared on stage, in film, and on TV, as well as in solo shows/revues, nationally and internationally in the cabaret world. She played the mother of a psychopathic killer in the cult classic, Swoon; appeared in the film This is Where I Leave You, with Jane Fonda and Tina Fey, and in They Came Together, with Paul Rudd and Amy Poehler. Most recently , she featured in the award winning film, Sunset. Her solo show, Who’s Your Mama?, was selected for production in the NYC Women at Work Festival. Barbara’s two-person revues with Austin Pendleton, Late Nights in Smoky Bars (New York, Chicago and Philadelphia) ‘Tis the Season to Be Morbid , Beautiful Mistake: the Songs of John Bucchino and Amanda McBroom, and Bits & Pieces received critical praise in the press. She has studied acting with Austin Pendleton, singing with Barbara Maier Gustern, and musical performance with the late Julie Wilson at the Eugene O’Neill Theatre Center. Barbara is thrilled to be a part of this program honoring the wonderful Barbara Maier Gustern, who has been her vocal coach, the director of her cabaret shows with Austin Pendleton, and her dear friend.

Brenda Broome has been seen in a large variety of musical and non-musical roles. Favorites include touring with Julie Newmar and Marion Mercer in’ Dames at Sea’, and Tom Poston and Abby Dalton in’ Lovers and Other Strangers’. Recently appeared in the chorus of Taylor Mac’s 1918 Christmas Sauce at Town Hall.

Machine Dazzle has been dazzling stages via costumes, sets, and performance since his arrival in New York in 1994. Notably, he has collaborated with Julie Atlas Muz, Big Art Group, Taylor Mac, Justin Vivian Bond, Chris Tanner, Soomi Kim, and Bombay Ricky, Prototype Festival, Opera Philadelphia, and Spiegleworld. In September 2019, Dazzle premiered his new original show, Treasure, at the Guggenheim Museum as a commission by Works and Process. In addition, he has recently held residencies at Tyler School of Art at Temple University, Moody Center for the Arts at University of Houston, Wesleyan University, and Harvard University’s Department of Theater, Dance & Media where he will be serving as Costume Designer for TDM’s fall production of Queer Cabaret, devised and directed by Carmelita Tropicana. In fall 2019, Machine’s work was included in Parsons School of Design’s “OTHERWORLDLY: PERFORMANCE, COSTUME, AND DIFFERENCE” exhibition. In 2020, he will unveil a piece for THE BIG SPLASH, commissioned by Hancher Auditorium in collaboration with the municipality of Iowa City and the University of Iowa. Machine Dazzle is an artist-in-residence at Mana Contemporary in Jersey City, NJ. For his design and conception of the costumes for Taylor Mac’s A 24-Decade History of Popular Music, Dazzle was the co-recipient of the 2017 Bessie Award for Outstanding Visual Design and was awarded a Henry Hewes Design Award by The American Theatre Wing in 2017.

John Kelly recently premiered a new group dance theatre work ‘Underneath The Skin’ (based on the life of 20 th century gay novelist and tattoo artist Samuel Steward) at Skirball Center for the Performing Arts; he is planning on restaging this work for an extended run in the spring of 2021. He recently made his concert debut at both The Metropolitan Museum of Art and Café Sabarsky at the Neue Galerie. His new concert of 20 th century art song ‘Brecht Girl / Weill Boy / Eisler Mann’ will be performed at Joe’s Pub sometime during 2020.

Carol Lipnik – the spellbinding, tragi-comic singer and songwriter called an “ethereal vocal phenomenon” by The New York Times and hailed by The Village Voice as an “alt-cabaret star whose phenomenal four-octave range conveys everything from dark and delusional Alice in Wonderland mushroom fantasies to face-in-the-sidewalk security-state concerns” has been the artist in residence at the East Village Boîte Pangea and also performs frequently at Joe’s Pubat The Public Theater. The inimitable Coney Island native who blends folk music, operatic flourish and art song with the classic nightclub tradition has released seven CDs on her Mermaid Alley Music label, most recently the acclaimed “Almost Back To Normal”, which was funded through a grant from the Peter S. Reed Foundation, and is completing two new releases for 2020. Visit carollipnik.com for more info.

Nicky Paraiso is an actor, singer, musician, writer, solo performance artist.  He has been a fixture of the NY downtown performance scene for the last four decades. He is Director of Programming for The Club at La MaMa, and Chief Curator for the annual La MaMa Moves! Dance Festival, celebrating its fifteenth year in May 2020. He has worked as a performer with vanguard artists Jeff Weiss & Richard C. Martinez, Meredith Monk & Vocal Ensemble, Yoshiko Chuma & The School of Hard Knocks, among many others. Nicky is the recipient of a 1987 BESSIE Award, a 2012 BAX Arts & Artists in Progress Arts Management Award, a 2018 TCG Fox Fellowship for Actors Round 12, and the 2019 (NY Innovative Theatre) Ellen Stewart Award for Stewardship. Nicky’s most recent full-length performance, now my hand is ready for my heart: intimate histories, directed by John Jesurun, was presented at La MaMa in March 2019. He is a proud student of Barbara Meier Gustern. Happy birthday Barbara!

John Sannuto has worked as an actor, singer, dancer, director, and choreographer in a variety of performance genres for the past forty-five years. He is a Professor of Theatre and the Chair of the Performing Arts Department at LIU Brooklyn Campus. John is also an Adjunct Assistant Professor of Theatre and Speech at New York City College of Technology. He is happy to say that he has been studying singing with Barbara Maier for over twenty years. jsannuto@gmail.com

Roseanna Vitro is a Grammy Nominated Jazz Vocalist, Producer and Teacher with a dedication to creative music and fourteen critically acclaimed albums on labels, Concord, Telarc, Challenge, and Motema, achieving a Grammy nomination in 2012 for “The Music of Randy Newman.” She has toured as a featured artist on every continent but Antarctica, including two tours as a Jazz Ambassador for the US State Dept. As a teacher she created Vocal Jazz courses for New Jersey City University, SUNY Purchase, and NJPAC over the course of twenty years. As a jazz advocate, Vitro has produced records for fellow singers, chairing seminars and interviewing vocalists for Jazz Times Magazine. Performances & Contact: www.RoseannaVitro.com

Romanian born singing sensation Sanda Weigl blends Gypsy music, cabaret and jazz, reflecting her own life story in every moment of her vast and inventive repertoire. As outspoken politically as she is uncompromising musically, Sanda first achieved fame as a teen-age member of Team 4, East Germany’s most popular rock band of the 1960s. After publicly denouncing communism and Russia’s invasion of Czechoslovakia, she was banned from performing and sentenced to two years in an East Berlin prison; then, expelled to the West where she was free to continue crafting her art. Since relocating to New York in the early nineties, Sanda has performed her singular interpretations to critical acclaim throughout the United States, Mexico, Poland, Germany, Austria, Israel, UK , her native Romania – at the Pina Bausch Festival, in Stockholm, Sweden at the Nobel Price celebration of the German-Romanian writer Herta Mueller – at the Monterey International Festival in Mexico, the Ringling International Festival in Sarasota, Fl, the Kurt Weill Festival in Dessau, Germany and many other festivals and venues around the world. www.sandaweigl.com