Gruppo Nanou | we want miles, in a silent way 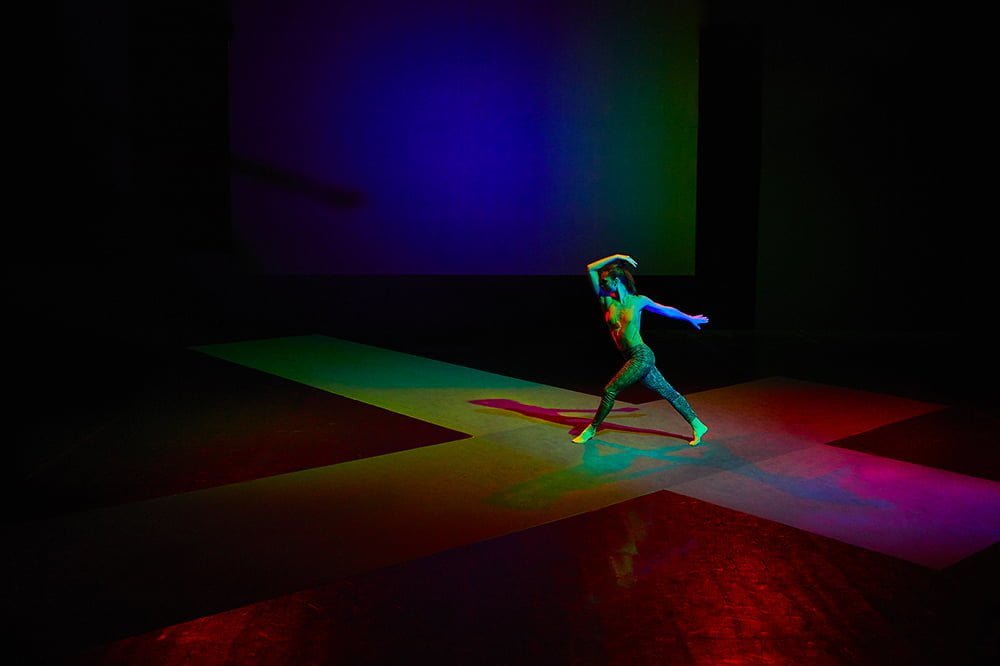 Italy’s renowned Gruppo Nanou brings a unique and spiritual approach to Miles Davis’s albums, Birth of the Cool (1949), Kind of Blue (1959), and Bitches Brew (1969). The trumpet is removed from the melodies; shifting and silencing Davis’s “voice,” in order to isolate and examine the work’s thrillingly elegant choreographic language, flights of improvisation, and composition methodology.

Grouppo Nanou approaches Miles Davis’s immense work by looking for a method to rewrite his own choreographic language. Getting inside the improvisational and compositional methodology of the musician to grasp rules and processes capable of disturbing and perturb the scene.  It is undeniable that much of Miles’s work is based on the processes of altered perception: his work on time, rhythm, the search for continuous new sounds, referring so often to “color” are all elements that have defined his language and made his sound “material”.

gruppo nanou was born in Ravenna in July 2004 as a meeting place for the different languages and sensibilities that are at the base of the artistic research of Marco Valerio Amico (choreographer, dancer and actor), Rhuena Bracci (choreographer and dancer, coming from artistic gymnastics) and Roberto Rettura (musician coming from cinematic sound). In this context the body, sound and image find a common language in the choreography, giving birth to an organic work.

Marco Valerio Amico (Choreographer) graduated in May 2001 at the Civic School of Dramatic Arts Paolo Grassi of Milan and specialized as a dancer and choreographer with Monica Francia and Michele Di Stefano. He was an interpreter from 2000 to 2003 in the productions of Monica Francia. In 2005 he performed in the show “Real Madrid” of MK, choreography by Michele Di Stefano. In 2004 he founded, together with Rhuena Bracci and Roberto Rettura, the nanou group company. The productions were in several important place and venues such as: Fabbrica Europa (Italy), Santarcangelo Festival of the Arts (Italy); Teatro Comunale di Ferrara (Italy); Drodesera (Italy); Les Brigittines (Belgium); Unidram (Germany); Nu Dance Fest (Slovensko). The company won the Giovani Danz’Autori 04/05 prize, Moving_Movimento 2007, 4 building sites for Fabbrica Europa 2008, Fund for the Emilia-Romagna and 2014 signature dance.

Rhuena Bracci (Dancer/Choreographer) began training as a gymnast from the age of 5 years participating in national and international competitive meetings. She trained as a dancer with Monica Francia and Michele di Stefano. From 1999 to 2004 she is part of the company Monica Francia. From 2001 to 2004 he works with the Teatro della Valdoca. In 2005 he is an interpreter in Real Madrid of MK, choreography by Michele Di Stefano. She is co-founder of the nanou group company.

Marco Maretti (Performer) performed in the show Real Madrid of MK, choreography by Michele Di Stefano. Since 2006 he is a nanou group interpreter.

Carolina Serenella Amoretti (Dancer) studied at the Academy Ecole Superieure de Dance de Cannes Rosella Hightower, and in 2002 she moved to the Rudra Bejart in Lausanne. Since 2016 she works with nanou group.

Roberto Rettura (Sound Designer) graduated at the DAMS-Musica with a thesis on multi-channel film sound. Among his collaborations, it is worth mentioning the work with the writer Enrico Brizzi for the film “Jack Frusciante è uscito dal gruppo”, and the participation in the project by Peter Greeneway Bologna Tower 2000. He is co-founder of the nanou group company.

Fabio Sajiz (Light Designer) has been a lighting designer since 1990, he has worked among others with Virgilio Sieni, with Romeo Castellucci for the “Tragedia Endogonidia” and for the “Dante trilogy”. Since 2008 collaborates with nanou group.

Daniele Torcellini (Teacher of Cromatology & Project Curator) is a Contract Professor of Contemporary Methodologies and Techniques at the Academy of Fine Arts in Ravenna and Chromatology at the Ligustica Academy of Fine Arts in Genoa. Collaborates, since 2006, with the MAR – Museum of Art of the City of Ravenna. Since 2011 he has been responsible for the cultural association Marte, where he deals with the conception, organization and care of exhibition events that have to do with the aesthetics of the mosaic. In his studies he obtained a degree and a master’s degree in Conservation of Cultural Heritage at the University of Bologna, a specialization course dedicated to museum activities at the University of Macerata, a research doctorate in the history of contemporary art at the University of Studies of Siena, with a thesis on the history of color photographic reproduction of works of art. He deals with art history, visual culture and art criticism. The research that he carries out with an interdisciplinary approach, and much of what he writes, is about the themes of color and visual perception, declined in the field of production, reproduction and use of art.