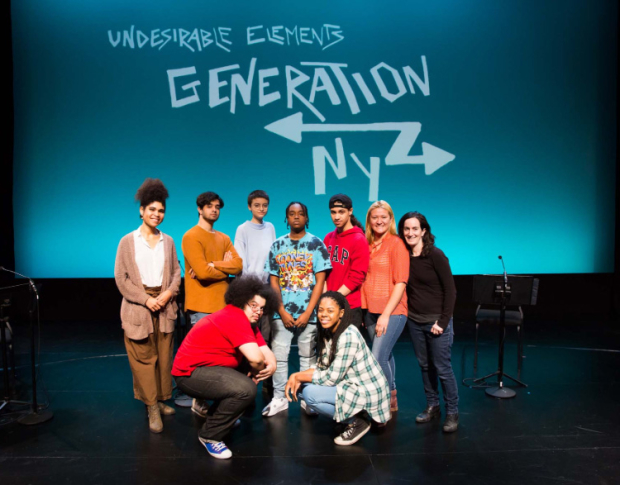 With affecting vulnerability, bold honesty and enduring spirit, Syl, Porscha, Edwin, Mohammad, Monica, De-Andra and Rafael bravely speak their truths and share their true stories on stage. From East New York to West Harlem and from the South Bronx to Far Rockaway, witness the jubilant victories, recent discord and distant dreams of coming of age in this great, big city.  The Generation NYZ performers illuminate, in their own words, the challenges and joys of growing up in New York City, and all that goes into making our city inclusive, gritty, determined, creative and rich with community. Cover photo by Adam Nadel

Join us at the La MaMa Kids Workshop with Ping Chong + Company on January 27 at 12:30PM
$10 Teen Ticket; Adults FREE
In this workshop, youth and teens (ages 12+) get active and build community!
They learn some of the creative tools used by Ping Chong + Company to develop the show ‘Generation NYZ.’

Generation NYZ is part of Ping Chong + Company’s Undesirable Elements series. It was originally commissioned by The New Victory Theater where it premiered in January 2018.

“Seven youngsters, smiling, serious, full of hope, eager to get on with their lives …
without forgetting who they are and where they came from.”
– Village Voice