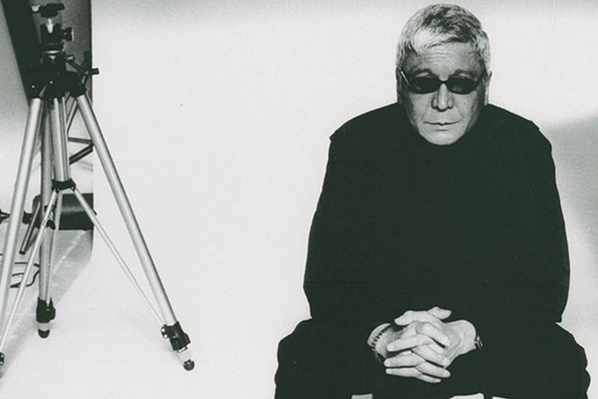 GENJI ITO was the resident composer for La MaMa from 1982 until his passing in 2001. His work as a musical collaborator with many other groups was extensive, creating scores for more than 25 theatrical productions. Genji received an Obie Award for sustained excellence in music in 1986. Working closely with Ellen Stewart, he produced scores notable for imaginative instrumentation and stylistic diversity. Reviewing Ellen’s Orfei, a retelling of the Orpheus myth, in 1986, Jennifer Dunning wrote in The New York Times that ”the production owes much of its power to its rich score, composed by Genji Ito for an extraordinary variety of traditional folk and modern electronic instruments.” In contrast to the mythological grandeur of Orfei was Ghosts: Live From Galilee, an opera about the Scottsboro Boys, a group of black men falsely accused of raping two white women in 1931. For this 1993 production at La MaMa, Genji composed a score that combined blues with country and vaudeville music. His varied career included collaborations with Ubu Repertory, Great Jones Repertory Company, serving as music director for the New York City Ballet’s production of Jerome Robbins’s Watermill in 1972 and performing in the 1976 Broadway production of Stephen Sondheim’s Pacific Overtures. He was also a guest artist in residence for the National Theater of the Deaf and a teacher at Manhattanville College

CECILIA ARANA has been affiliated with LaMama and Yara Arts Group for over 20 years, travelling to Ukraine and Buryat Mongolia to perform, as well as singing Genji Ito’s music in NYC, as well. She studied with Wynn Handman and performed a one-woman show based on the book, “Dreaming in Cuban.” She worked with the Phoenix Ensemble, Intar, The 52nd Street Project and recently started co-directing and performing with nonprofit NYC Kids Project, which teaches inclusion and respect for children of all abilities.  NYC Kids Project (www.nyckidsproject.org) uses puppetry and theater to celebrate commonalities, as well as understanding differences. She traveled to Poland, twice, to teach this method of educational theater work to adults. She is the proud parent of 2 ebullient boys, Alexander and Andreas, (ages 12 and 9) and is honored to be part of a celebration of the Life of Gengi.

GEORGE DRANCE has performed and directed in over twenty countries on five continents. New York credits include The Public Theatre/New York Shakespeare Festival, The Metropolitan Opera, La MaMa’s resident company the Great Jones Rep and Ralph Lee’s Mettawee River Theatre Company. With La MaMa, he has toured throughout Europe and Asia, working on several of Ellen Stewart’s original pieces and performing in the Andrei Serban/Elizabeth Swados’ epic Fragments of a Greek Trilogy. Regional credits include The American Repertory Theatre, The New Rep, ImprovBoston, and The Stonington Opera House. He earned his BA from Marquette University and his MFA from Columbia. He has been a guest artist and lecturer at Columbia University, Cornell University, Marquette University, Marymount Manhattan College, Hebrew Union College, and Boston College. He has been on the faculty of the Marist International Center in Nairobi, Kenya, at Red Cloud High School on the Oglala Sioux Reservation. Film credits include Solidarity and The Light of Eons. He currently serves as Artist-in-residence at Fordham University Lincoln Center.

GEORGE FERENCZ (Moderator) has been affiliated with La MaMa for 35 years, first as a director and then as an administrator.  His work with Genji included the La MaMa productions of Ghosts,Live from Gallilee, the Scottsboro Boys Opera; Gulliver; Mary ;The Co-Op and Bloodletting.  Gengi participated in a number of Ferencz’s Experiments’ readings as a musician. Also Gengi created the first computer-programmed orchestration for Ferencz’s production of Brecht-Weill’s Happy End.

SARA GALASSINI launched her career in NYC as a member of La MaMa in 2000. Arriving from Siena, Italy, by the invitation of Ellen Stewart, Galassini has developed her creative talent and musical sensibility by collaborating with award winning Japanese composer and multi-instrumentalist Yukio Tsuji. Tsuji’s wide expertise in composition, variety of sound and well-known mastery of percussion, shakuhachi and guitar can been heard on countless film soundtracks, dance and theater productions around the world. The Duo’s eclectic sound takes root in the tradition of Italian music but creates rhythmic and melodic motifs that belong to world, jazz, rock, reggae, bossa nova, tango, flamenco and folk music. Tsuji’s acoustic arrangements underscore Galassini’s poetic lyrics in Italian and English with sheer inventiveness and simplicity resonating a distinct spiritual force that is strongly present in Galassini’s words.

ZISHAN UGURLU is a native of Istanbul and came to New York in 1993 at the invitation of Ellen Stewart, where she is now a resident actress and director. She has worked extensively both in New York and abroad. Her recent directing credits include Measure for Measure by Shakespeare at Istanbul Municipality Theater, In the Storm of Pleasure by Daniel Benhamu (United Solo Festival Best Debut Award), The Surrender by T. Bentley, Oysters, Orgasms, Obituaries by R. von Waldenburg (Nominated for New York Innovative Theater Award for Outstanding Solo Performance). She is the founding artistic director of “Actors without Borders-ITONY” and recipient of prestigious Fox Foundation Fellowship. Ugurlu is Associate Professor of Theater at The New School’s Eugene Lang College.

VIRLANA TKACZ (director / co –translator) is the artistic director of Yara Arts Group, a resident theatre company at La MaMa. She has created 29 original theatre pieces that have premiered at La MaMa and have been performed in Kyiv , Lviv , Khakiv , Bishkek , Ulan Ude Bator as well as the villagers of the Buryat Aga Region of Siberia and China. She received the NEA Translation Fellowship for her work on the poetry of Serhiy Zhadan.

YUKIO TSUJI is a composer, shakuhachi player, and percussionist. He has been working as a composer and as a performer for more than 200 productions over the years.  He worked with Estelle Parsons, Ellen Stewart, Late Jerome Robins, Jullie Taymour,  Sir Peter Hall, Late John Dexter, Andre Serban, Elizabeth Swados and many other major theater directors. He has been the house composer/musician at Lamama ETC for over twenty five years, and he performed on Ellen Stewart’s famous “MEDEA” ,”ELECTRA” “TROJAN WOMEN” “SEVEN”  and countless numbers of productions since 1980. He composed more than twenty five hours of music for Kei Takei’s “Moving Earth” Dance Company alone. He composed and performed on Broadway production  “ SALOME “  with  Al Pacino, directed by Estelle Parsons, two more productions with Al Pacino “OEDIPUS” and  “FATHER”. He co-arranged and performed on Broadway Production “M.BUTERFLY”, composed and performed on the title music of  the movie “ YEAR OF THE DRAGON”.  And he is a member of  New York based group “SaraGalas Band” with Sara Galassini.

MARYBETH WARD is a New York based mixed media artist and videographer who holds a BFA and MFA from the New School University. Her work has been presented at the La MaMa Gallery, Ukrainian Center (NYC), La MaMa Umbria (Italy), Silver Lake (California), various galleries in Yonkers, Sag Harbor, and Chicago and at The New School (NYC). Ms Ward began her relationship with the La MaMa Theater as an actress and subsequently worked on many productions and was a Staff member for many years.

PERRY YUNG is an American musician and actor/performer. He was awarded the Japan-US Friendship Commission Artist Fellowship in 2003 allowing him to travel across Japan studying with masters of the shakuhachi bamboo flute. In 2014, he received an Asian Cultural Council Artist Award for research into historical instruments and original flute music of the Komuso zen monks. As an actor, Perry has been a member of the Great Jones Repertory Company of La MaMa Theater in New York City since 1993. On television, he is mostly known as Ping Wu on the Cinemax series The Knick directed by Steven Soderbergh.