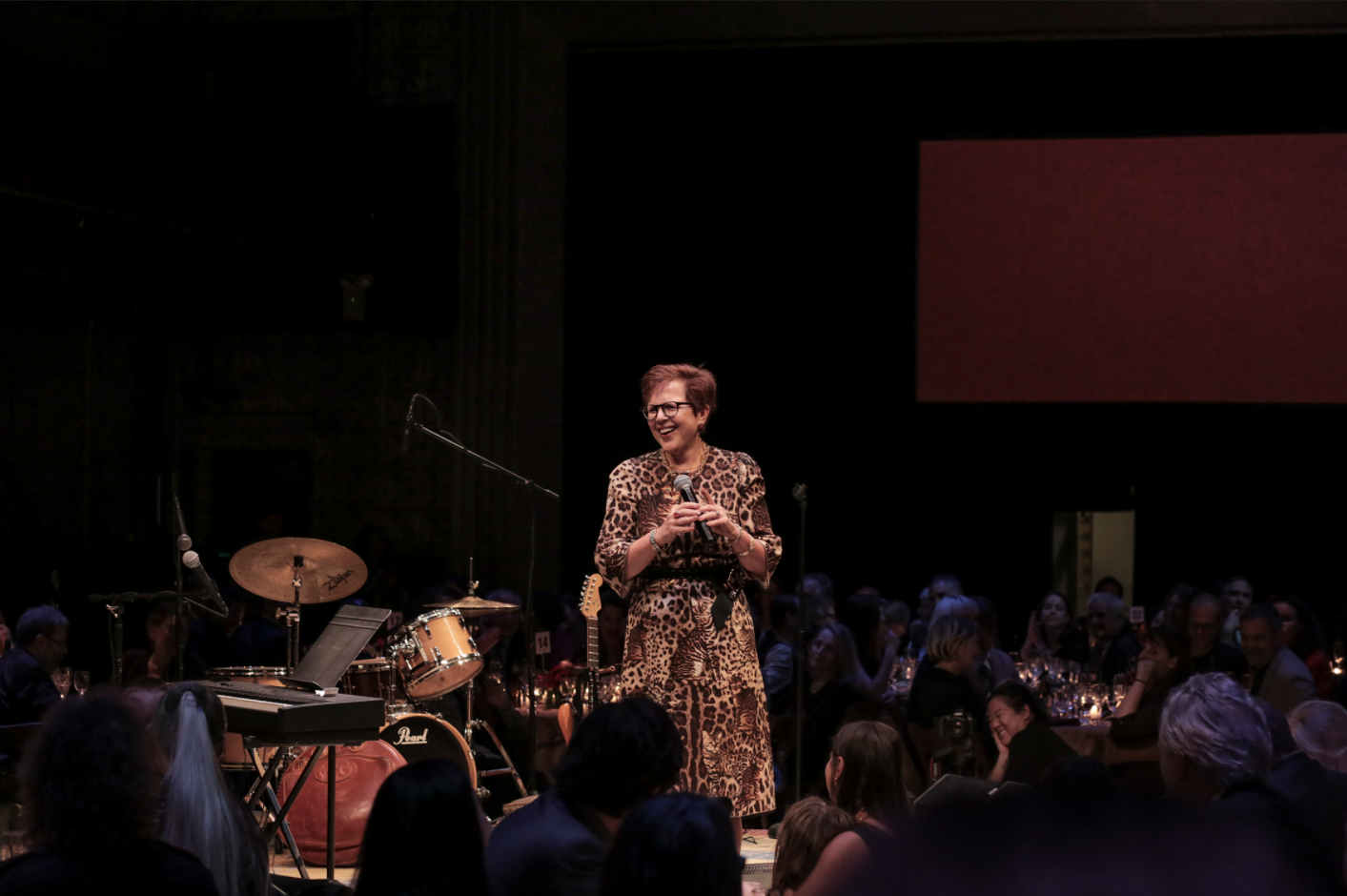 For further information or with any questions, please call: 212-254-6468 (Monday-Friday, noon to 6pm) or email laura@lamama.org.

La MaMa’s 56th Season celebrates the creative and collective history of La MaMa through its posters with the publication of Ellen Stewart Presents: Fifty Years of La MaMa Experimental Theatre by Cindy Rosenthal. Our Gala invite highlights Harvey Fierstein’s original poster for Fugue in a Nursery, Part 2 of his Torch Song Trilogy produced at La MaMa in 1979. The banner at the top of this page is a detail from Harvey’s original poster.

HARVEY FIERSTEIN won two Tony Awards for Torch Song Trilogy (Best Play, Best Actor).  He has also written the Tony-winning hit, Kinky Boots (now playing on four continents), as well as La Cage aux Folles (Tony and Drama Desk Awards), Newsies (Tony nominated), Casa Valentina (Tony nominated), A Catered Affair (12 Drama Desk nominations), Safe Sex (Ace Award), Legs Diamond, Spookhouse, Flatbush Tosca, Common Ground and more. He recently rewrote and starred in the live TV broadcast of Hairspray.  In 2015-16 he adapted The Wiz for live TV broadcast, and penned a revised book for Funny Girl, which ran to critical acclaim in London.  His political editorials have been published in the New York Times, TV Guide and the Huffington Post, and broadcast on PBS’s “In the Life.” His children’s book, The Sissy Duckling (Humanitas Award), is now in its fifth printing. As an actor, Mr. Fierstein is known worldwide for his performances in films including Mrs. Doubtfire, Independence Day, and Bullets Over Broadway, on stage in Hairspray (Tony Award), Fiddler on the Roof, La Cage aux Folles, and on TV shows such as “Smash,” “How I Met Your Mother,” “The Good Wife,” “Cheers” (Emmy nomination), “The Simpsons,” “Family Guy,” and “Nurse Jackie.”

DARREN SUSSMAN conceived and co-founded TheaterMania in 1999.  While working with several theater productions to market and sell tickets online, he identified the need for a consumer destination site for information and tickets.  He assembled a team of experienced journalists, programmers, and marketing professionals and soon launched TheaterMania.com.  Today the site is the leading provider of national content for live theater and the performing arts with news, reviews, listings, social media channels, and email newsletters. The company also provides online marketing and ticket selling programs to help producers, arts organizations, and arts venues support their mission and attract new audiences.

In 2005, in response to clients’ requests for affordable ticketing software, TheaterMania created OvationTix, a fully integrated, cloud-based ticketing, CRM, and fundraising solution which serves more than 600 theater and arts organizations nationwide.  In 2013, TheaterMania acquired the London-based media and ticketing company WhatsOnStage.   In July 2017, TheaterMania.com, Inc. was acquired by AudienceView. The combined company proudly serves over 2,000 arts organizations in the US, Canada and the UK.

Darren, whose early career included being a performer and marketing professional in the music industry, is currently Board Chair of Hi Arts, where he has been a Director since 2003, and a co-producer of the groundbreaking Broadway show The Great Comet, which received two Tony Awards in 2017 after receiving the most Tony nominations of any show that year.  He is also an owner of Kitty’s Canteen, a secret hideaway restaurant & lounge featuring Jewish soul food, craft cocktails, and unique events that has become a staple in the thriving Lower East Side.