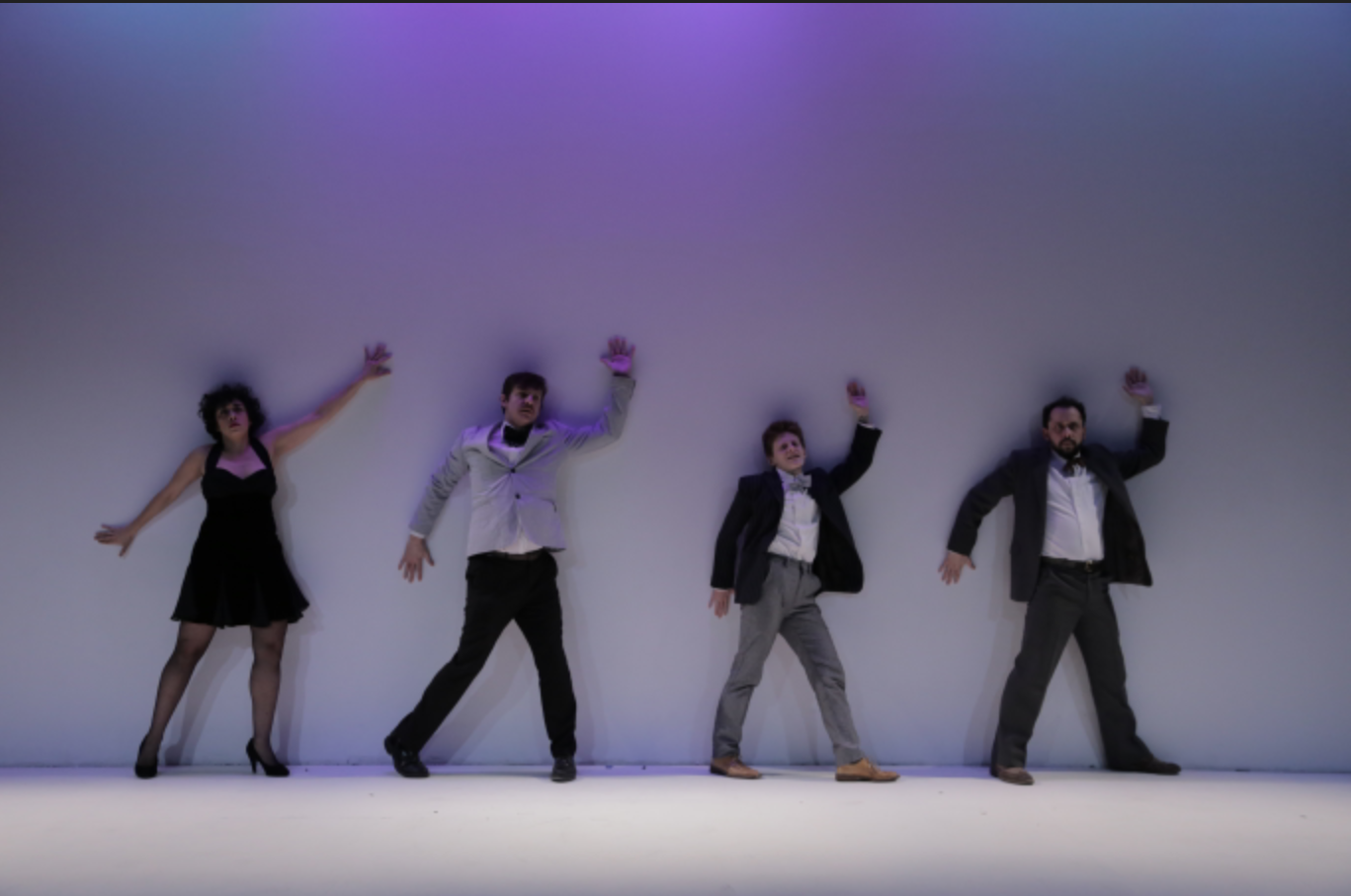 “Very nearly unclassifiable and utterly delightful, ‘The Floatones,’ Jim Neu’s fantastical, irrational Zen koan of a musical, returns to La MaMa about 20 years after its premiere there.”

Jim Neu's THE FLOATONES (2015 Trailer) from Catherine Galasso on Vimeo.

The Floatones is an experimental theater work in which four people form an “encounter support group” that sings about “post meaning” and living “content free.” On the cutting edge between entertainment and self-help, they inspire each other with idiosyncratic gestures and atonal harmonies. Written by the late downtown theater legend Jim Neu, The Floatones return to The Club at La MaMa after 20 years with a new generation of downtown performers.

Catherine Galasso is a choreographer and media artist based in Brooklyn. Her works have been performed at the San Francisco Museum of Modern Art, the Bibliotheque National de France in Paris, Harvard University’s Carpenter Center, the Museum of Contemporary Art Santa Barbara, Joyce SoHo, Danspace Project, Movement Research at the Judson Church, Dixon Place, BAX, Dance New Amsterdam and the International Theater Festival in Pristina, Kosovo. While based in San Francisco from 2006-09, Galasso was offered a 3-year residency at ODC Theater by then artistic director Rob Bailis. During her time at ODC, she was the first choreographer to be commissioned by the San Francisco Film Society (2009), and the youngest commissioned by the San Francisco Foundation (2011).

Keith McDermott made his Broadway debut as Alan Strang in “Equus” staring opposite Richard Burton. As an actor he has worked “uptown and down,” and toured the world in works directed by Robert Wilson. His novel, “Acqua Calda,” was shortlisted for a Lambda Award and a Gay & Lesbian National Book Award, and an article on his Equus experience, “The Boy In Burton’s Shadow,” has been optioned for film. For fifteen years, from 1995 until 2010, he directed the plays of Jim Neu.

“Neu’s talent is that he faces these heady issues with a light touch, a raised eyebrow, and a Puckish wit; few playwrights can carry off such breezy intellectualism.”

“Jim Neu… has struck again with “Gang of Seven,” a brief but engaging torrent of intriguing ideas and dizzying wordplay. “Gang of Seven” rewards repeat viewing–once is not enough to savor the abundant verbal pirouettes…. By the end you may not have retained all of the play’s notions, but your brain will be abuzz with them.”