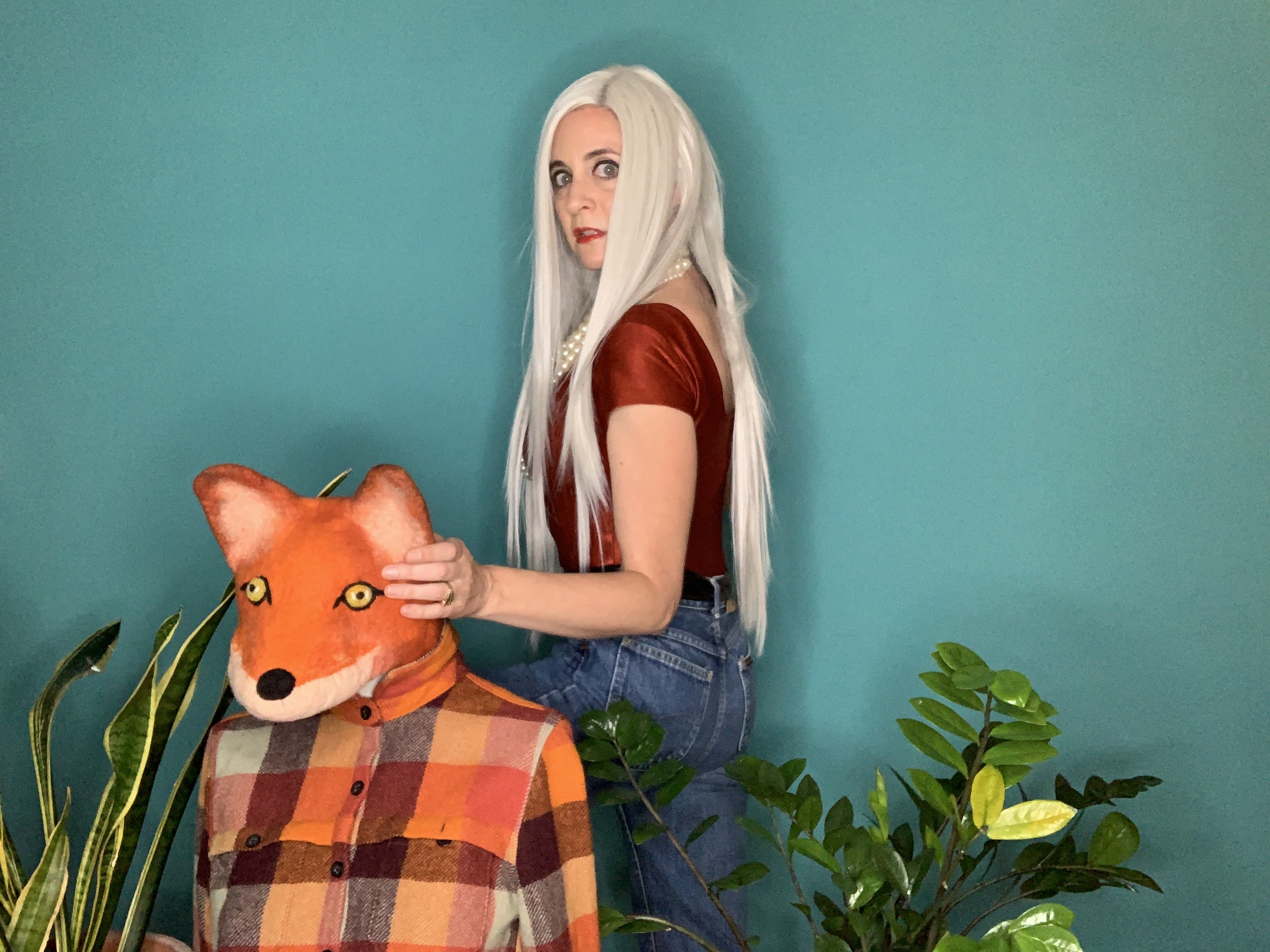 This reading is online! RSVP and receive a link to watch

Actor and writer Kim Katzberg embodies a plethora of darkly comedic characters, including her bipolar suburban Mom circa 1991, in this excerpted reading of her semi-autobiographical daring, new, solo play. Original songs (sung by a non-singer) zig zag through the world of a strip mall hair salon and the fictional public access TV show, V.C. Andrews’ Faerie Tale Theatre. The piece shines a light on intergenerational mental illness and the tangled pain hidden within a person who wrestles with a troubled mind. The play asks: what are the consequences when an individual’s mental illness is dismissed or denied?

Kim Katzberg is a Brooklyn-based queer actor and writer who has been creating genre-bending, darkly comedic works for theater since 2010. Katzberg has performed her solo shows at The Brick Theater, HERE, IRT Theater, Dixon Place, Ars Nova and Wild Project as well as excerpts of works-in-progress at The Bushwick Starr in Catch Performance Series, BAX as part of the Upstart Program and in Little Theatre at Dixon Place. She won the 2016 NYIT Award for “Outstanding Original Short Script” for her solo show for two actors Strays, which is published in The Best American Short Plays, 2015-2016. In addition she won the 2019 NYIT Award for “Outstanding Solo Performance” for her play Dad in a Box. In the fall 2020, Katzberg was a resident artist in the inaugural Downtown Brooklyn Rehearsal Residency Initiative. In September 2021, Katzberg played a lead role in the site-specific Off-Off-Broadway play Repulsing the Monkey. During her forthcoming residency at Wild Project in spring 2022, Katzberg will share work-in-progress performances of Whole K-Hole. She has an MFA in Acting from Columbia University and earned her Actors’ Equity card in 2021. Katzberg is represented by About Artists Agency. www.kimkatzberg.com

Videography, Editing: Roque Nonini is a filmmaker and photographer based in Brooklyn, NY. He studied film and television production at Savannah College of Art and Design.

Photo courtesy of the artist