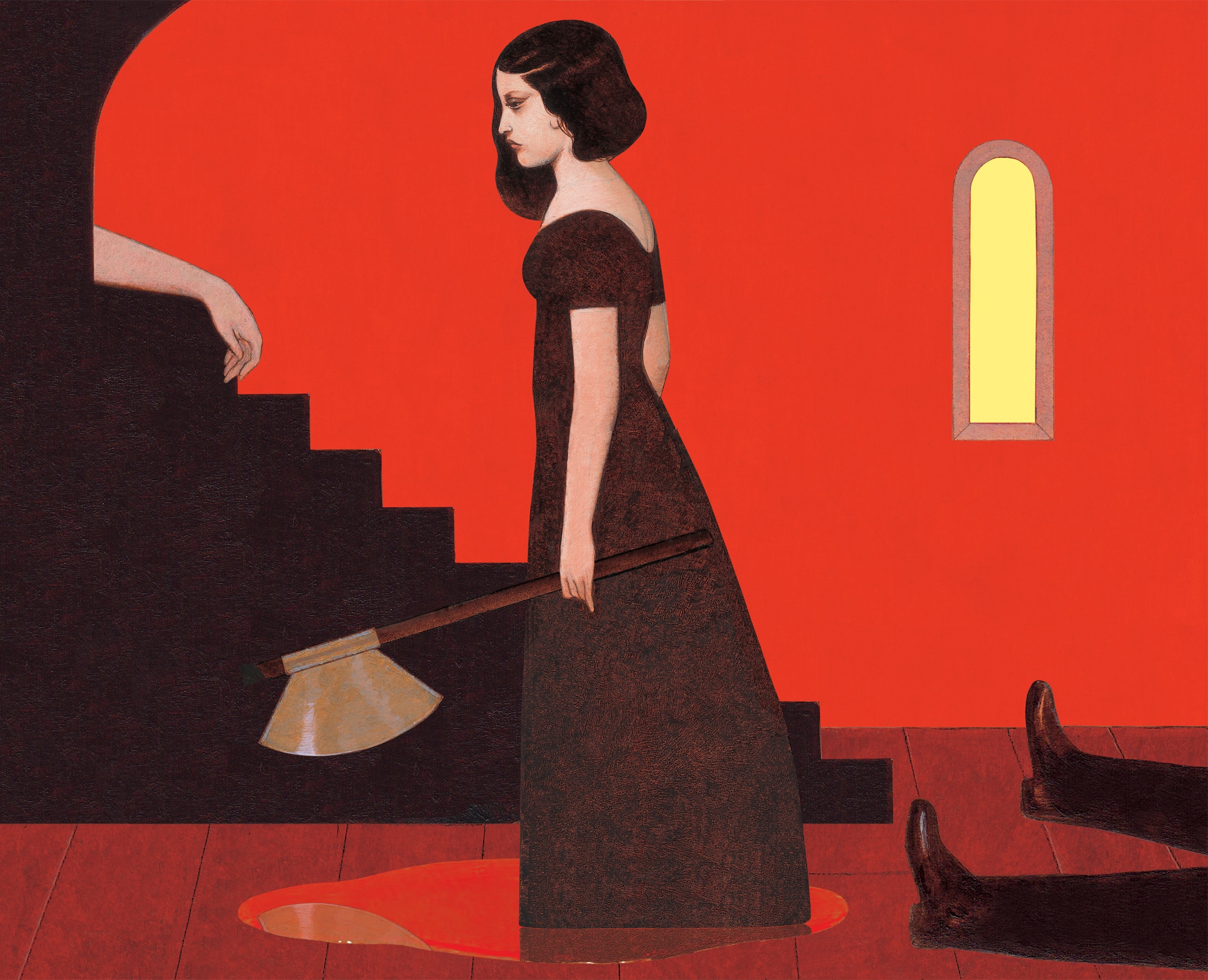 Everyone remembers the trial of Lizzie Borden, the infamous woman who "took an axe," and "gave her Ma those forty whacks," but hiding in the shallows of history was another young woman who solved her problems with some blunt force trauma. Lottie Platchett was a rich but sheltered heiress living in the small town of Rammagansatt, Rhode Island, when in the early autumn of 1892, her father, the stern Josiah, and her stepmother, the real dirt-bag, Bertha, were brutally hacked to death. Suspicion immediately fell on Lottie, but did she do it? That's for you to decide.

Justin Elizabeth Sayre is a writer and performer who Michael Musto called, “Oscar Wilde meets Whoopi Goldberg.” Sayre is a fixture of the Downtown Cabaret Scene in New York, first with their long-running monthly show, The Meeting of The International Order of Sodomites, (Bistro Award-winning & 2 MAC nominations), and now with new shows at Joe’s Pub/The Public Theatre like Peaches, Eggplants, and Tears&The gAyBC’s, a five-part series which will be released by Chronicle Books in 2022. As a playwright, Sayre’s work has appeared at Dixon Place, The Wild Project, The Celebration Theatre, Dynasty Typewriter, and La MaMa Experimental Theatre. Most recently with the 12-part-epic Ravenswood Manor, a Camp-Horror-Soap-Opera, called “a sharply written and well-acted exemplar of the horror-comedy genre,” by the LA Times. The project is currently being developed with Sony Television. Sayre also hosted and wrote, Night of a Thousand Judys, a benefit honoring the legacy of Judy Garland and raising money for The Ali Forney Center for Homeless LGBT Youth in New York. Sayre has written a series of YA Novels, Husky, Pretty, and Mean, released by Penguin Books. Sayre has also written for Television, working with Michael Patrick King on his Hit CBS comedy, 2 Broke Girls and most recently on Fox's The Cool Kids. Sayre also appeared on HBO’s The Comeback with Lisa Kudrow. They live in a world in a world of their own and they have been blocked by Meghan McCain on Twitter.