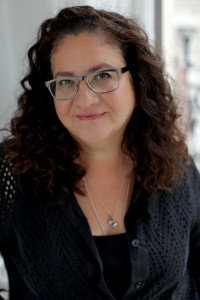 In this darkly whimsical tale about Anton Chekhov, marriage, and consumption, Chekhov is writing his Three Sisters, the characters of which long for Moscow as Chekhov himself avoids it, and his engagement to Olga Knipper – lead actress of the Moscow Art Theatre. As Chekhov is dying of consumption, he wonders: Why would a healthy woman attach herself to a fading man? Why is a fading man avoiding the woman who loves him? Why are servants the only ones to trust? And do horses in 19 th Century Russia really talk?

MIGDALIA CRUZ ​is an award­winning playwright, lyricist, translator, and librettist of more than 55 works including: El Grito Del Bronx, Salt, Lucy Loves Me, Fur, Miriam’s Flowers, Frida, and Lolita de Lares; produced in the U.S. & abroad in venues such as BAM, CSC, Mabou Mines, National Theater of Greece/Athens, Old Red Lion/London, Houston Grand Opera, Ateneo Puertorriqueño, Teatro Vista, CollaborAction, and Latino Chicago Theater Company, where she was a writer­in­residence. An alumna of New Dramatists, she was named the 2013 Helen Merrill Distinguished Playwright, and was nurtured by Sundance, the Lark’s México/US Word Exchange, and by Maria Irene Fornés at INTAR. Migdalia was born in the Bronx where she wrote her first play at age 6.