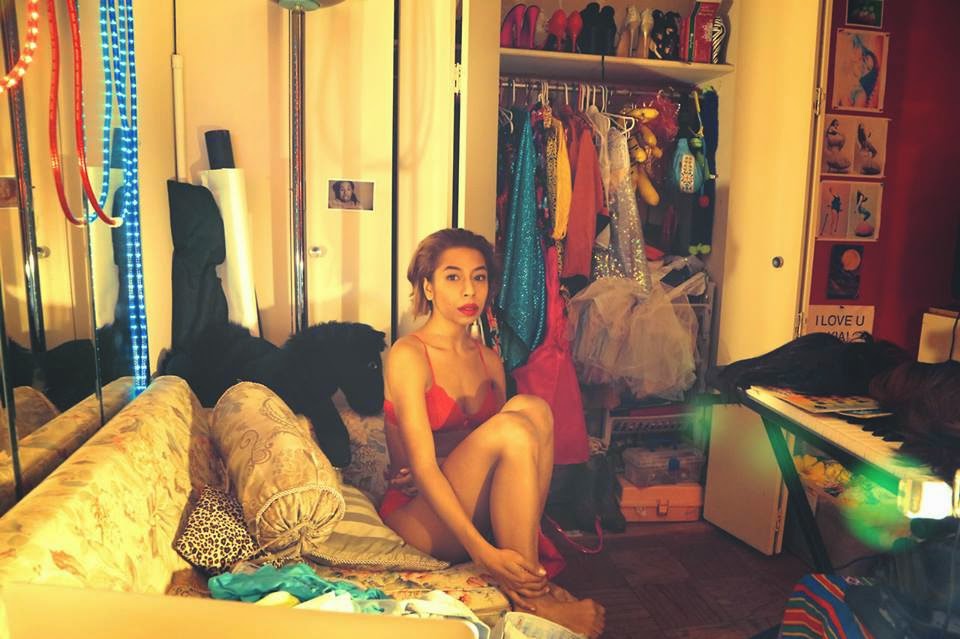 Visual AIDS & La MaMa Galleria are pleased to present Ephemera as Evidence an exhibition curated by Josh Lubin-Levy and Ricardo Montez which brings together visual art, performance, and pedagogical projects that evidence past lives and future possibilities in the work of artists confronting HIV/AIDS,. Ephemera as Evidence invites viewers to think through the ephemeral as necessary to the political life of HIV. Featuring artists working in various media, the show is organized according to three distinct yet interrelated modes of creating worlds: performance, intimacy, and pedagogy. A series of public programs will take place at the gallery in conjunction with the exhibition, and an opening reception will be held onThursday, June 5, 2014 from 6:00 – 8:00 PM.

Taking its title from a 1996 essay written by José Esteban Muñoz (1967 – 2013), Ephemera as Evidence argues for a sustained engagement with traces of queer life. In what way are these traces transformed over time? How do the performative capacities of art illuminate alternative strategies for survival, particularly when that art emerges from contingent, fleeting organizations that are constantly “evaporating at the touch of those who would eliminate queer possibility?”

Highlights from the exhibition include:

A performance installation by Benjamin Frederickson in which private encounters will be documented live on site with the resulting Polaroids left for public investigation;

A selection of works curated by students at the New School for Public Engagement; and a series of performances, events and workshops developed in collaboration with a number of guest curators, thinkers and performers.

The exhibition acknowledges a larger history of silence and erasure around HIV/AIDS while at the same time making salient necessary life enhancing practices in the face of an often violent and phobic public sphere.

To consider ephemera in the social and cultural life of HIV/AIDS today is to consider both the burden and blessing of continued life. Within our contemporary moment the question is not merely one of living on but of how different registers of vitality reverberate beyond the immediacy of a crisis.

The works in this exhibition ask us to consider how changing demographics of those affected by HIV/AIDS, and the resulting reorientations to crisis, force new kinds of temporalities in an engagement with both the past and the future.

Ephemera as Evidence and related public programming are open to the public and wheelchair accessible. Exhibition tours can be arranged by calling Visual AIDS at +1 (212) 627-9855.

Joshua Lubin-Levy is a current doctoral candidate in the department of Performance Studies at New York University. His dissertation, “Uncollectible: Jack Smith and Performing the ‘Hatred of Capitalism’” centers on the artist, performer and filmmaker Jack Smith, looking at the intersection of dematerialization and collection defying arts practices that emerges within postwar American art.  He writes between the disciplines of performance, queer theory, contemporary marxist philosophy, and critical approaches to race, gender and sexuality.  In addition to his doctoral work, he is also a practicing dramaturg and curator. His collaborations have been workshopped and performed at PS122, The Baryshnikov Arts Center, Kara Walker’s 6 to 8 Space, CPR in Brooklyn, among others.

Ricardo Montez is an Assistant Professor of Performance Studies at the New School for Public Engagement. His research examines the performance of race, ethnicity and sexuality in visual culture. He received his Ph.D. from the Department of Performance Studies at New York University where he was also an Assistant Professor Faculty Fellow in Latino Studies. Additionally, he held the Cotsen Postdoctoral Fellowship in Race and Ethnicity Studies in the Society of Fellows at Princeton University. His forthcoming book, Keith Haring’s Line: Race and the Performance of Desire, will be published by Duke University Press.

Visual AIDS utilizes art to fight AIDS by provoking dialogue, supporting HIV+ artists, and preserving a legacy, because AIDS is not over.

Visual AIDS is the only contemporary arts organization fully committed to HIV prevention and AIDS awareness through producing and presenting visual art projects, while assisting artists living with HIV/AIDS. We are committed to preserving and honoring the work of artists with HIV/AIDS and the artistic contributions of the AIDS movement.