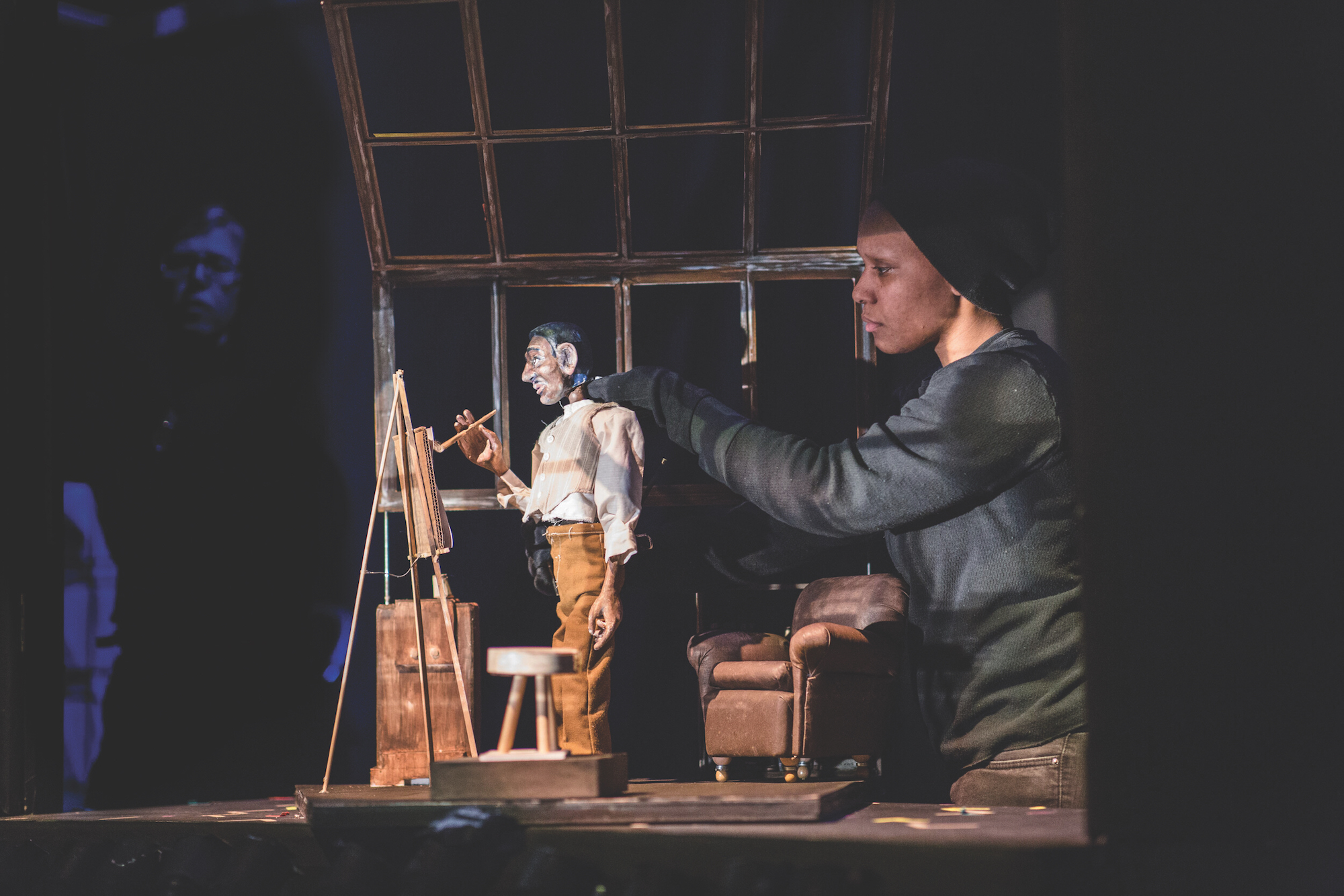 Dreaming is Torry Bend’s most recent collaboration with playwright Howard Craft and director JaMeeka Holloway. It follows two men deeply affected by Winsor McCay’s comic strip Little Nemo in Slumberland. In a world where comic book characters live side by side with real people, Malachi Washington works to free comics cast in prejudiced bodies while Winsor’s son, Bob McCay, seeks to revive the old comic strip. What follows is a compelling story of reckoning, healing, and examining the racist legacy of comics and animation. Bend’s previous work, The Paper Hat Game, received the UNIMA citation of excellence, the highest honor in North American puppetry, and was a New York Times Critic’s pick and was nominated for a Drama Desk Award.

Howard L. Craft's work primarily focuses on the African-American working class—their hopes, dreams, struggles, and aspirations. It is influenced by current events, American history in general, and African-American history in particular. The rhythms and grittiness of Hip-Hop often make their way into how he structures a poem or play. He creates a dominant theme, which runs underneath the work like a bass line, and then expresses various points of view on that theme.

As an artist, he is constantly asking questions about the world we live in. He believes that if one digs deep enough into a particular perspective or way of being in the world, it is possible to discern knowledge of what is universal in human nature. He is a child of the Black Arts Movement. While he does not seek to replicate that work, the idea of raising consciousness about issues that affect community through art is at the very heart of what he does.