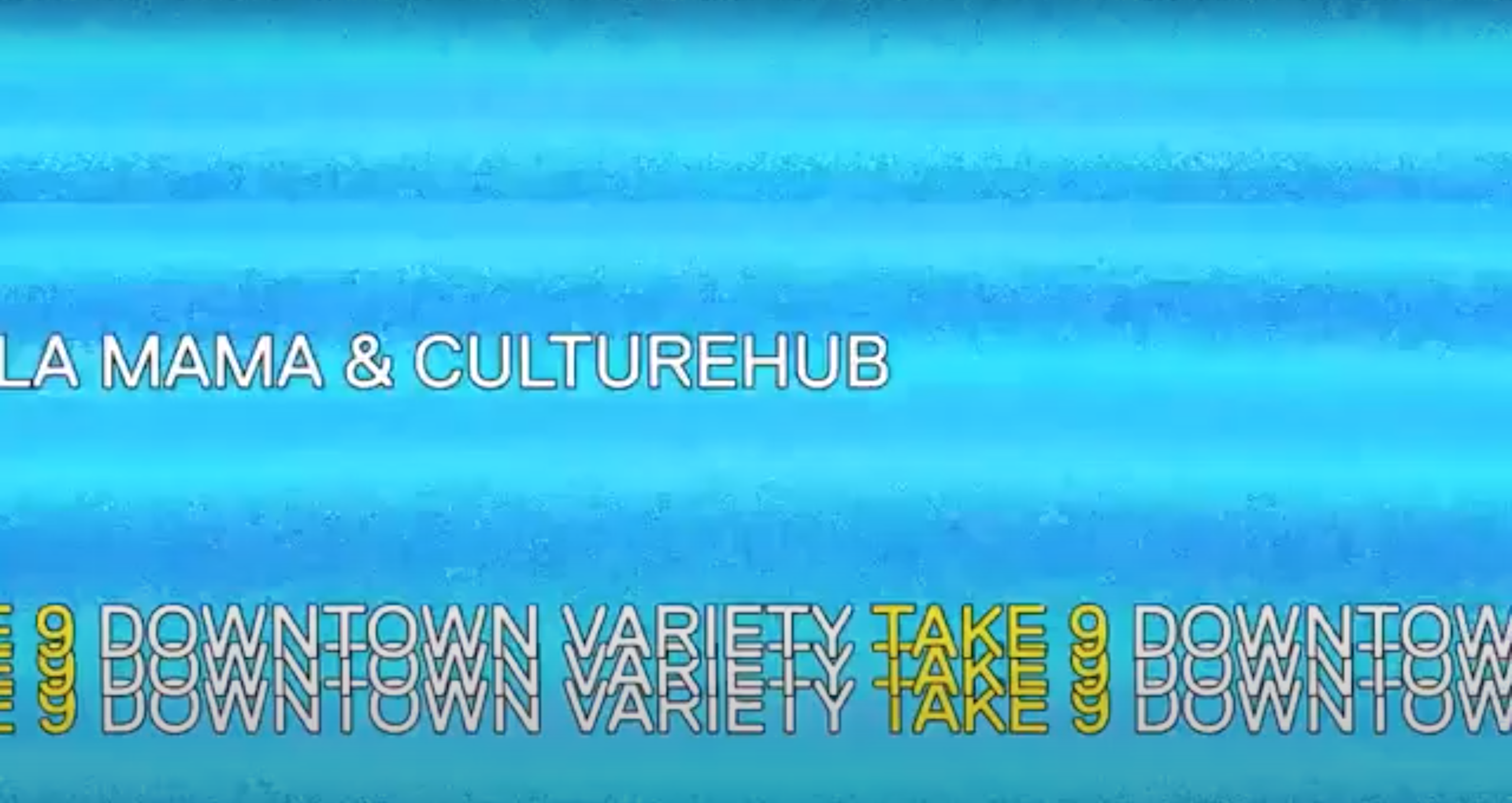 Mallory Catlett is an Obie award winning creator/director of performance across disciplines from opera to installation art. Her work has premiered at BAM’s Next Wave Festival, The Prototype Festival, Roulette, PS 122, The Chocolate Factory, 3LD and toured internationally to Europe, UK and Australia. She is an Associate Artist at CultureHub, a recipient of a Foundation for the Contemporary Arts, 2015 Grants to Artists Award, a 2016 Creative Capital Artist, and a 2020 recipient of the NY Women’s Fund Grant.  Mallory is the artist director of Restless NYC, which has been developing DECODER with support from Gibney Dance, The Collapsable Hole, Theatre Conspiracy, Mt Tremper, Pioneer Works, Vancouvers’ PUSH Festival, the Watermill Center and the Chocolate Factory.

Jerome Ellis is a dysfluent composer, performer, and writer living in New York City. His recent work investigates time, silence, disability, and divinity in the Black Atlantic. His work has been presented by the Metropolitan Museum of Art, La MaMA, Lincoln Center, and the Journal of Interdisciplinary Voice Studies.

Fabiola Ferrero is a journalist and photographer born in Caracas in 1991. Her personal work is the result of how her childhood memories contrast with nowadays Venezuela, her home country. Looking to portray her country’s crisis beyond the news, emotion is a key element in her storytelling. She wants to complement the question “What is happening?” with “How is this affecting our souls”? Using her background in writing and investigative journalism, she develops long term visual projects about South America, and specially Venezuela’s crisis, focused on collaborative ways to speak about the human condition under hostile contexts. She’s part of the World Press Photo 6×6 Talent Program South America, the VII Mentor Program and a Magnum Fellow. She’s also a member of Ruda, a collective of Latinamerican female photographers. As well as developing independent investigations in Latin America, her work has been featured in TIME, The New York Times, M Magazine, Le Monde, The Wall Street Journal, Bloomberg BusinessWeek, NPR, BBC, Buzzfeed News, VQR, and others.

Jon Kinzel has presented his work, including numerous commissions and solo shows, in a variety of national and international venues: receiving critical praise for Responsible Ballet (2009), and, Provision Provision (2015), at La MaMa; Responsible Ballet and What We Need Is a Bench to Put Books On (2010), at The Kitchen; Someone Once Called Me A Sound Man (2013), at The Chocolate Factory – Best of 2013 ARTFORUM; COWHAND CON MAN (2015), at Gibney Dance/Agnes Varis Performing Arts Center; and Atlantic Terminus (2016), at The Invisible Dog. He has contributed to publications such as SCHIZM Magazine, MR Performance Journal, and PAJ: a journal of performance and art, and, received support from the Harkness, Puffin, and Mertz Gilmore foundations. His recent residencies at the MacDowell Colony, and Telematic Gallery in San Francisco, helped to develop Pacific Terminus – a piece that stems from Kinzel’s drawings and paintings, video, sculpture, and dance forms – which was due to premiere at Roulette in Brooklyn this May. It has been postponed due to COVID-19. Most recently, he has performed and collaborated with Vicky Shick, Yvonne Rainer/Emily Coates, Elena Demyanenko, Bob Ajar, Cathy Weis, Nicky Paraiso/John Jesurun, Jodi Melnick, Nina Katan, Jarrod Beck, Brian Rogers, Seline Baumgartner, and Jennifer Miller. He has taught at many schools, and is currently a faculty member at Movement Research.

Lizdelise (she/they) is a musician/performer based in Philly. LDL’s work has been described as bridging the gap between “experimental and widely accessible” (John Vettese for NPR), and “playful, ambitious…undeniably luscious” (Lizzie Quinlan for Earhart). LDL is  a composer/performer with David Dorfman Dance, performs in director/cinematographer Yara Travieso’s works, and collaborates with director/cinematographer, Liz Charky. Their pieces have been featured on NPR’s Invisibilia, and in the feature-film, Maybe Tomorrow (Gold Coast Film Festival). Lizdelise’s  upcoming release, Body, is a love letter to queerness. Photo: Liz Charky and Louis DeCaprio

Víctor Martínez is a musician, actor and cultural manager. He has been part of the artistic organization “Caja Ludica” since 2001, where he has worked in community cultural development in different communities in Guatemala, and participated as an actor, musician and artistic director in various artistic productions. With “Caja Ludica,” he has performed in different artistic and cultural festivals in Europe, North, Central and South America. He was a staff member at Working Classroom from January 2011 to October 2012, in Albuquerque, New Mexico. As a musician he has played as a percussionist in different orchestras in Guatemala and had played at the Guatemala National Symphonic Orchestra as guest musician. He is also a Social Circus Trainer, certified by Cirque du Monde, the social circus program of Cirque du Soleil. He was part of The Trojan Women Project with La MaMa in Guatemala and New York City.

Alberto del Saz is the co-director of the Nikolais/Louis foundation for Dance and assistant to Mr. Louis. Mr. del Saz is a vital and important link in keeping the Nikolais-Louis repertory active and alive.