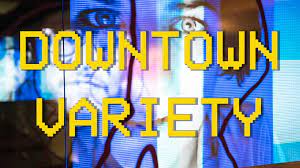 Born and raised in China, Mengwen Cao is a photographer, artist and culture organizer currently based in New York. Influenced by their Chinese queer immigrant identity, they investigate the liminal in-between space of race, gender and cultural identity with a tender gaze. Their projects have been featured in publications like The New York Times, The New Yorker, NPR, The Guardian, Vox, the Atlantic, Tencent. They have participated in international exhibitions like Photoville, Jimei Arles, Lianzhou Foto Festival. They graduated from the New Media Narratives and Documentary Practice program at the International Center of Photography in 2017. They were recognized by 2018 Lit List and 2019 PDN 30 new and emerging photographers to watch. They received NLGJA’s Excellence in Photojournalism Award in 2019. They are currently the project manager at Magnum Foundation, a non-profit organization expanding creativity and diversity in documentary practice. Previously, they have worked as an instructional designer and a UX designer. They are one of the board members of Authority Collective and a founding member of Chinese Storytellers.

h0t club is an intermedia performance group (a band) based in RI + NYC, made up of composer/percussionist Martim Galvão, director/frontwoman Kate Bergstrom, poet/technologist Todd Anderson and visualist/guitarist Alexander DuPuis.. We make our technology visible in beats and tracks focused on the attention-based economy, gender identity and the psychedelia of consumerism. After meeting at Brown, our work has been featured at Ars Nova, The Culture Project, JACK, Babycastles, Culture Hub, Granoff Center for the Arts, foldA festival + HowlRound Theatre Commons (Kingston, Canada), Opera San Diego, AS220 and more. More at h0tclub.com

Paul Lazar is a founding member, along with Annie-B Parson, of Big Dance Theater. He has co-directed and acted in works for Big Dance since 1991, including commissions from the Brooklyn Academy of Music, the Walker Art Center, Dance Theater Workshop, Classic Stage Company and Japan Society. Paul’s one person performance, Cage Shuffle, premiered at the American Realness Festival in 2017 and continues to tour the U.S. and Europe. Paul directed Christina Masciotti’s Social Security at the Bushwick Starr in 2015, Elephant Room at St. Ann’s Warehouse for the company Rainpan 43 in 2012, and Young Jean Lee’s Obie Award winning, We’re Gonna Die in 2011. He directed a new version of We’re Gonna Die in 2015, featuring David Byrne, at the Meltdown Festival in London. He also directed Bodycast: An Artist Lecture by Suzanne Bocanegra starring Frances McDormand for the 2014 BAM Next Wave Festival; and Major Bang for The Foundry Theatre at St. Ann’s Warehouse. Paul has acted in over 40 feature films, including Snowpiercer, The Host, Mickey Blue Eyes, Silence of the Lambs, Beloved, Lorenzo’s Oil and Philadelphia. Paul has performed with The Wooster Group, acting in Brace Up!, Emperor Jones, North Atlantic and The Hairy Ape. Other stage acting credits include Tamburlaine at Theatre For A New Audience, Young Jean Lee’s Lear, The Three Sisters at Classic Stage Company, Richard Maxwell’s Cowboys and Indians at Soho Rep, Richard III at Classic Stage Company, Svejk at Theatre for a New Audience, Irene Fornes’ Mud at the Signature Theater, and Mac Wellman’s 1965 UU. Awards include two Bessies (2010, 2002), the Jacob’s Pillow Creativity Award in 2007, and the Prelude Festival’s Frankie Award in 2014, as well an Obie Award for Big Dance in 2000. Paul currently teaches at New York University. He taught in the Theatre, Dance and Media Department at Harvard University (Spring 2018). He has also taught at Yale, Rutgers, Barnard, The William Esper Studio and The Michael Howard Studio. Photo Credit: Michelle Smith – Lewis

Dan Safer has directed and choreographed every WR show. He also choreographed and co-directed the acclaimed UBU SINGS UBU with Tony Torn and Julie Atlas Muz (Abrons, Slipper Room, American Rep, BB King’s, Highline Ballroom) and his work as an independent choreographer has been at BAM, DTW, Danspace, and other venues, with acclaimed companies like Pig Iron, Clubbed Thumb, Hoi Polloi, and more., and in films and music videos. In 2011, he choreographed Stravinsky’s RITE OF SPRING for Philadelphia Orchestra with Ridge Theater, and was a 2007 recipient of the Six Points Fellowship (Performance). He taught at NYU for nearly two decades and is now faculty at MIT. He got kicked out of high school for a year, used to be a go-go dancer, and once choreographed the Queen of Thailand’s Birthday Party.

Chris Williams (b. 1990) is a NYC based composer/improviser focused on building community across multiple disciplines with live performances involving immersive music and interactive technologies. His ensemble work explores the edges of avant-garde jazz and experimental music while his solo project blends electronics and spoken word drawing on current studies of critical theory and Black aesthetics.