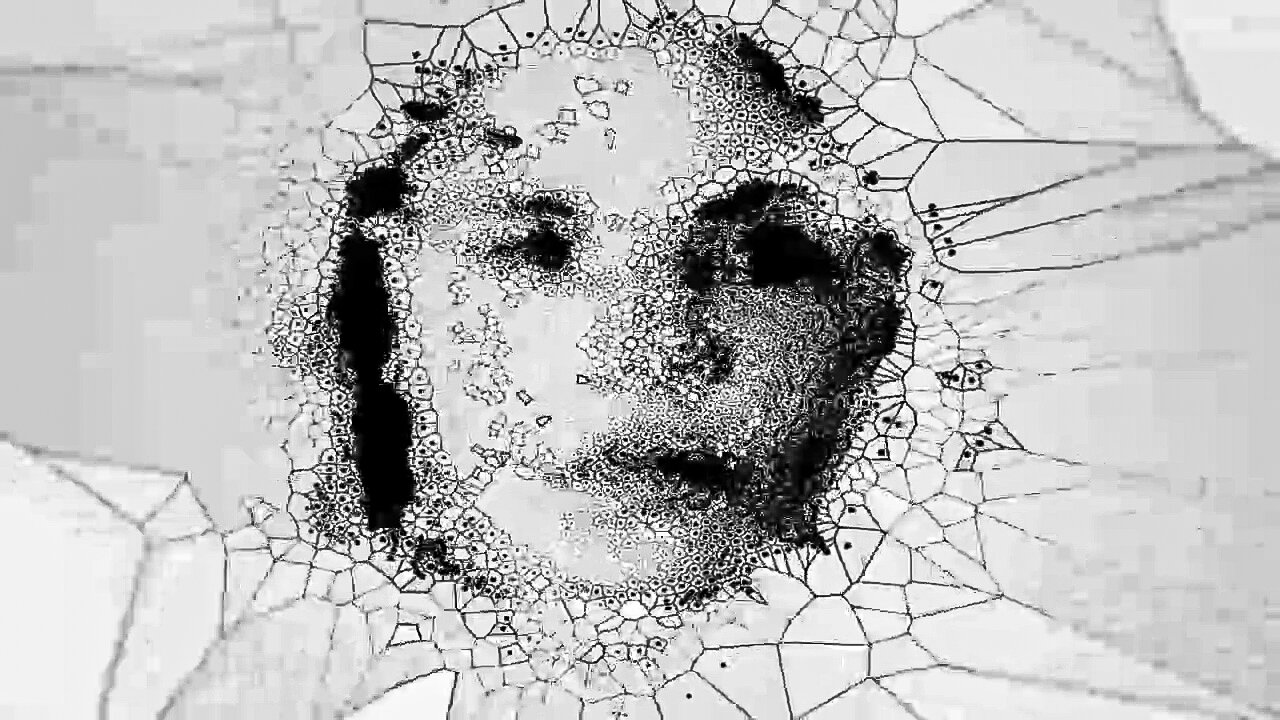 and video art by Yarie Vazquez

Rue Bainbridge, the media art duo of Gryphon Rue and Benton C Bainbridge, intersect expanded cinema with sonic art. Bainbridge plays a hacked game console to generate light drawings. For Rue, these glowing patterns become a score, with visual rhythmicity suggesting electro-acoustic events. The duo Rue Bainbridge perform an act of (mis)translation. Gryphon Rue will read from Virgina Woolf’s A Room of One’s Own through a vocoder as Benton C Bainbridge types the perceived mutations of language on an antique video typewriter. Photo by http://www.henrikisielewski.com/

Maura Nguyen Donohue is Associate Professor of Dance and Faculty Associate for Roosevelt House Public Policy Institute at Hunter College/CUNY. As a member of La MaMa’s Great Jones Repertory Company since 1997, she has toured the US, Europe and Asia in productions by Italian directors Motus (“Panorama”), Croatian director Ivica Buljian (“Pylade”), Ping Chong (“Angels of Swedenborg”) and Andrei Serbhan/Elizabeth Swados’s “Trojan Women,” “Electra,” and “Medea.” Since 1995, her company MND/inmixedcompany was produced regularly in NYC and toured extensively across the US and to Canada, Europe and Asia. She served on the Board of Directors for Movement Research, the Congress on Research in Dance and Dance Theater Workshop and as Co-Chair of the Small Capacity and Breaking Boundaries subcommittees of The New York Dance and Performance Awards (The Bessies) Committee. She has written for Culturebot, American Theater Journal, Dance Magazine, the Dance Insider, MR’s Performance Journal and was guest editor for Critical Correspondence’s “University Project.” She has published academically in the collection Contemporary Directions in Asian American Dance and for the Women and Performance Journal.  She co-curates the Estrogenius Festival, a celebration of works by women and gender non-conforming artists. She holds both a BA in Anthropology and Dance (‘92) and an MFA in Dance (‘08) from Smith College. She does other things, she won’t mention in a bio because of the two teenagers she’s supposed to model good behavior for, but she’s super happy to join the Downtown Variety moment and invites you all back online May 9, 7:30pm for a Hunter Dance Festival/CultureHub Live Stream Event.

Lola Giouse is a french actress and directress. She’s is the artistic directress of the swiss theatre company La Division de la Joie. She settled in Switzerland after studying at Geneva Conservatory for Dramatic Art and at La Manufacture HETSR in Lausanne. She has work as an actress on stage for the french directress Emilie Charriot in Ivanov, with Maya Bösch and, on several occasions with Denis Maillefer including on tour Perdre son Sac, a monologue written for her by Pascal Rambert. Since she graduated she collaborated with the italian company Motus on a regular basis. She also acted in several films. She has been an assistant and dramaturge in several productions in Switzerland and Belgium (with Cyprien Colombo, Maxime Renaud, Noam Rzewski, Jean-Daniel Piguet and Anna Van Bree) before creating her first play This is not a love song in 2020.

Peter Mark is a Brazilian American theatre artist who develops multimedia, multilingual performances. Currently working on the “Western Canon” of theatre, he creates 3D renderings, gif-collages, and object landscapes as a response to the text, sculpting a live performance within the layers of media. His visual work has been featured on Vimeo, Channel 4, and MuseumTV France. He has an MFA in Acting from the California Institute of the Arts.

Mx. Oops is a multimedia performance artist focused on the intersection of urban arts and consciousness studies; rapping and dancing within audiovisual installations. A certified yoga instructor (500hr RYT) and practitioner of Thai Yoga Massage, they are also trained in various forms of energy healing. Their work has toured Kenya, China, Russia, the Netherlands, and has been presented in various NYC venues. Mx. Oops studied dance and religion at George Washington University and completed an Integrated Media Arts MFA at Hunter College. They currently teach in Lehman College’s Dance (BA) and Multimedia Performing Arts (BFA) Programs.

Martin Perret (b.1988, Switzerland) is a drummer, percussionist and composer. He is the band leader for his project L’Anderer. He has also created original compositions for theater and film. Martin is a dynamic participant in the creative and avant-garde contemporary music scene, collaborating with a broad variety of artists.

eugene the poogene was an astronaut before he was a performer and was instrumental in the setting up of space station STS-111 (along with other members of Expedition Three), now famous for their work on the Biomass Production System. in his spare time, he likes to sit in the dark and repeat the word “larvae”. eugene the poogene loves ellen stewart and the la mama.  he also loves all of his beautiful friends, family, directors, and teachers so much it’s nauseating..  i mishyoo!

Zishan Ugurlu is a resident actress and director at La MaMa Theater and a member of the Great Jones Repertory Company. She has performed in numerous productions with the company, including Panorama directed by Italian company Motus as part of The Under The Radar Festival 2018. Zishan directed numerous productions including Fragments, Lists, and Lacunae written by Alexandra Chasin featuring Judith Butler presented at New York Live Arts in February 2020. She is currently teaching at Eugene Lang College The New School for Liberal Arts as an Associate Professor.

Yarie Vazquez is a Puerto Rican filmmaker and animator based out of Brooklyn, NY. Creator/Director of la diaspora a film series that explores the identity and socio-economic complexities of people of color. Creator/Animator of the animation album Sunglasses in the Dark an animated series of social commentary and trippy dreams? Animation singles are @currentlyleaking on both Vimeo and Instagram.