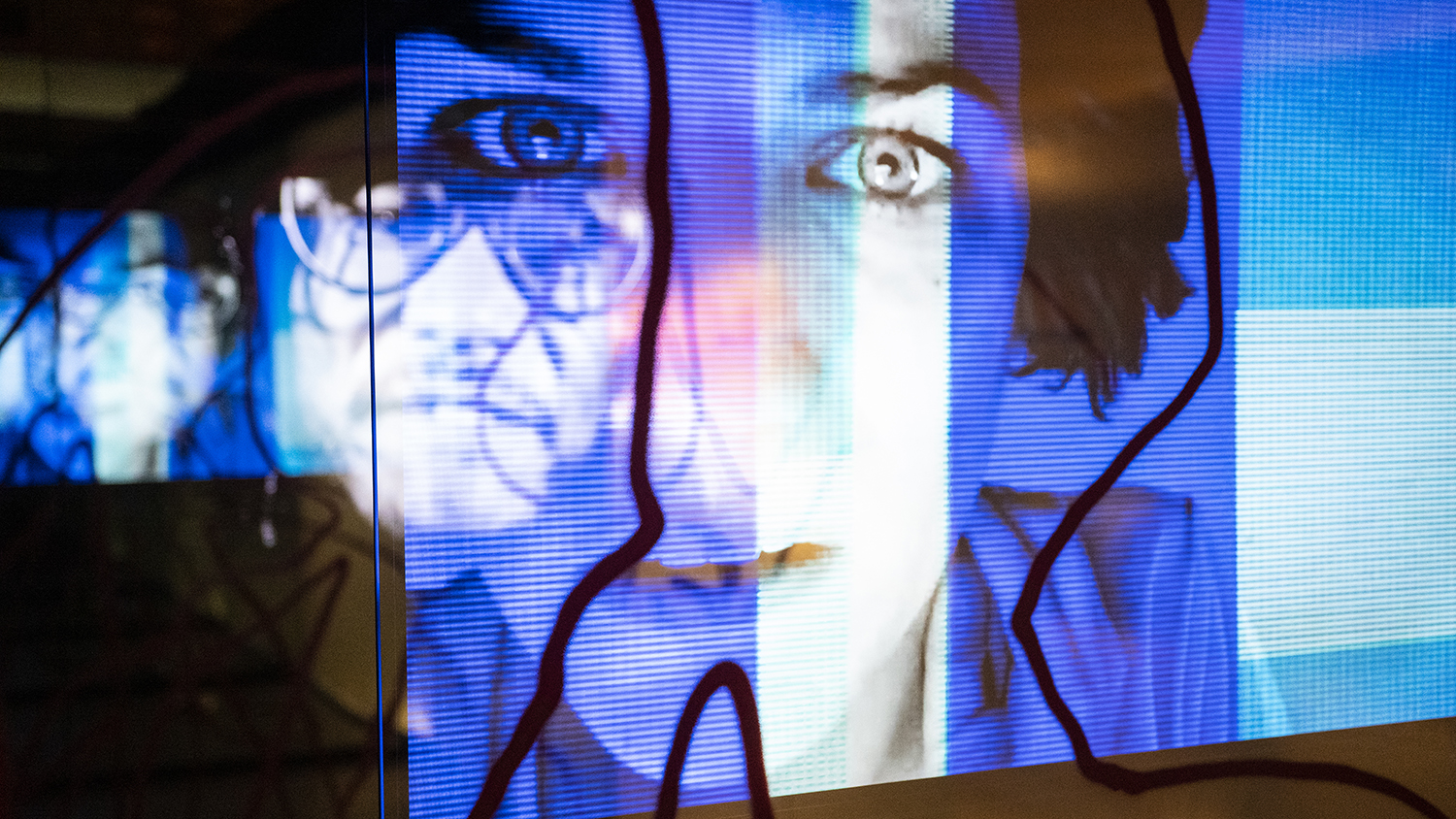 Susana Cook is an Argentinean-born New York-based experimental performance artist who has been writing and producing original work for over 20 years. An iconic figure of the East Village art scene from the mid 1990’s to the present, she has presented over 17 original plays at Dixon Place, P.S. 122, W.O.W Cafe Theater, Ubu Rep and The Kitchen, among others. Her ensemble plays and monologues irreverently, boldly and cleverly tackle racism, homophobia, classism, and animal rights. Susana’s shows combine her long experience in political theater, experimental performance with cabaret elements, thus creating a funny, smart and often cathartic theatrical experience.

She writes, directs and performs in her hilariously surrealistic spectacles with her constantly evolving company. Her casts are mostly comprised of minority, queer and trans peoples. Some of her most memorable pieces are “Run! It’s Getting Ugly!”, “The Funeral of the Cow”, “The Homophobes. A Clown Show”, “100 Years of Attitude”, “Dykenstein: Sex, Horror and the Tragedy of the Straight Brain”, and the unforgettable and beloved classic, “Tango Lesbiango”.

Chris Ignacio is a Filipino-American performer, producer and educator. He has toured nationally and abroad since graduating from The Boston Conservatory at Berklee. He is a Culture Push Fellow for Utopian Practice, and Queens Council on the Arts: Community Engagement Commissioning grantee for his self-produced project Co-written, which involves collaborative songwriting with young people of color.

Chris recently produced the NYT Critic’s Pick TJ Loves Sally 4 Ever at JACK. Previously he served as Associate Producer for the Obie Award winning Ma-Yi Theater (KPOP, Teenage Dick). He currently works and performs at La MaMa ETC in the East Village alongside resident theatre artists and puppeteers at La MaMa, such as Theodora Skipitares, Loco7 Dance Puppet Theatre, and Yara Arts Group. He has sung at Lincoln Center, Joe’s Pub, and National Sawdust, and is currently developing a song series anchored around his experience of folk music as a child of Filipino immigrants.

John Kelly is a performance and visual artist. His character-driven dance theatre works focus on the personal and public struggles encountered by artists and social outsiders. ‘Underneath The Skin’, an ensemble dance theatre work based on the life of gay novelist and tattoo artist Samuel Steward (1909-1993), recently premiered at The Skirball Center for the Performing Arts, and will have a 3 week run at LaMaMa in the spring of 2021. Other works have premiered at the BAM Next Wave Festival, Danspace Project, The Joyce Theatre, Lincoln Center, The Kitchen, La MaMa, and New York Live Arts. Kelly’s visual artwork involves self-portraiture, including drawing and painting, photography and video; 2 of his films ‘The Dagmar Onassis Story’ and ‘The Mona Lisa’, are in the permanent collection of MOMA. His recent solo exhibition ‘Sideways Into The Shadows’ at (at Howl! Happening) included 54 hand drawn memorial portraits of friends and lovers lost to the AIDS epidemic. His works have received a 2018 NEA Dance Grant, 2 NEA American Masterpieces Awards, 2 Bessie Awards; 2 Obie Awards; a CalArts Alpert Award, and fellowships from The American Academy in Rome, The Radcliffe Institute for Advanced Study, The Guggenheim Foundation, and The Sundance Theatre Institute. As a vocalist he recently made his debut at MET Live Arts, and at Café Sabarsky in the Neue Galerie.

Daniel Koren ,born in Tel-Aviv, Israel, is an Emmy Nominated Comedian/Composer based in Brooklyn NY. His innovative musical-comedy work with the Koren Ensemble, gained excessive popularity and received more than a million views on YouTube. Koren sold an original a comedy shows to Comedy Central, Starz, and TruTV, and his live musical comedy show “The Most Important Thing” has toured internationally.

Object Collection was founded in 2004 by writer/director Kara Feely and composer/musician Travis Just. Based in Brooklyn, the group operates within the intersecting practices of performance, experimental music and theater.

We are concerned with simultaneity, complexity, and radicality, combining dense layers of text, notation, objects and processes. We work to give audiences unconventional viewing experiences through our merging of theatricality and pedestrian activity. Our works upset habitual notions of time, pace, progression and virtuosity. We value accumulation above cohesion.Object Collection has premiered six original operas since 2009. Our work has toured to Norway, Denmark, UK, Japan, Canada, Italy and nationally in the US. Object Collection’s pieces have appeared in New York at La MaMa, Performance Space 122, Ontological Theater at St. Mark’s Church, National Sawdust, Chocolate Factory Theater, Abrons Arts Center, Invisible Dog Art Center, Roulette and Issue Project Room, among others. Albums have been released on Slip Imprint, Infrequent Seams, and khalija. Object Collection has received extended profiles in Frieze Magazine, Pitchfork, The Guardian, The Wire, BOMB, and on BBC Radio. www.objectcollection.us

Kim Savarino is a choreographer and performer. Her choreography has been supported and presented by MANCC’s Forward Dialogues Lab, Arts@Renaissance, Davis & Elkins College, and the WV Dance Festival. Kim joined Third Rail Projects in 2014 and performs in their off-Broadway immersive hit Then She Fell. As a dancer, she has worked with artists including Anna Teresa de Keersmaeker/ROSAS, Jawole Willa Jo Zollar, Romeo Castellucci, Alex Ketley/The Foundry, and GREYZONE, and recently performed as Cassandra and the Weaver in Andrei Serban’s 2019 revival of The Trojan Women with La MaMa’s Great Jones Repertory Company. She co-organizes an ongoing gathering of Asian diaspora activists, artists, and advocates and is currently contributing to a growing database of artist funding in response to COVID-19 at https://docs.google.com/spreadsheets/d/1fFyKzxtzSFGzzvpRySJNtsVbjJhwnK7-N9KJxSHrW6w/edit?ts=5e753bfa#gid=0