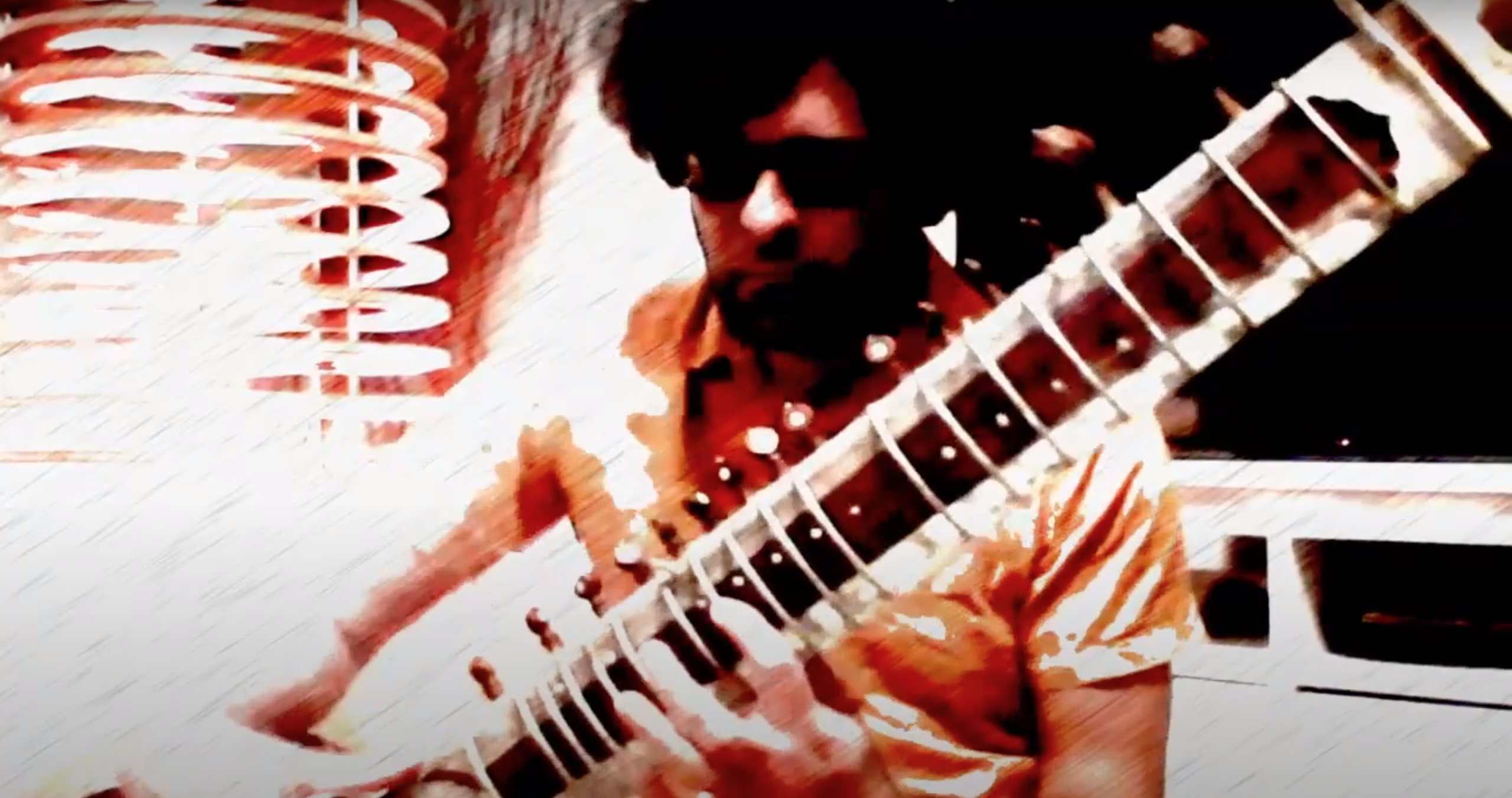 In the future we hope to have various curators involved for certain nights and open mics for others.

Jerome Ellis is a dysfluent composer, performer, and writer living in New York City. His recent work investigates time, silence, disability, and divinity in the Black Atlantic. His work has been presented by the Metropolitan Museum of Art, La MaMA, Lincoln Center, and the Journal of Interdisciplinary Voice Studies.

Baba Israel is an artist, producer, educator and consultant raised in New York by parents who were core members of the Living Theatre. He co-founded Playback NYC, the first playback theatre company to integrate freestyle hip hop. His debut solo show “Boom Bap Meditations” was supported by the Ford Foundation and the Hip Hop Theatre festival. He has toured across Asia, Africa, Europe, the South Pacific, North and South America as a hip hop and theatre artist and led cultural ambassador programs internationally supported by the US State Department. His work has been featured in documentaries such as Freestlye and Hip Hop for Hope, and on MTV and BET. He was Artistic Director and CEO of Contact Theatre in Manchester, a leading venue at the intersection of youth leadership and innovative performance. He premiered his most recent multimedia performance The Spinning Wheel as a resident artist at BRIC in Brooklyn. The production was developed and toured in the UK, Holland and Norway and in America with MDC Live Arts and the University of Madison, Wisconsin. He holds an MFA in Interdisciplinary Arts from Goddard College and is the Co-Artistic Director of the Performance Project based at the University Settlement.

Grace Galu is a vocalist-guitarist and composer who combines the sounds of her Irish and Congolese heritage with a soulful and gritty twist. Her mixed background, combined with her New York City upbringing helped to forge her wide range of musical ability. She grew up singing musical theater from a young age, mimicking the voices of Julie Andrews, Audra McDonald, and the operatic Kathleen Battle. She was simultaneously enveloped in the sounds of jazz, soul, and traditional African music, with influences ranging from Esther Phillips to Senegalese Ismael Lo. She works with Trusty Sidekick Theater devising new works for young audiences. She is a core member of Hip Hop fusion group Soul Inscribed.

John King is a composer, guitarist and violist who has worked collaboratively with and been commissioned by Kronos Quartet, Brooklyn Youth Chorus, Ethel, the Bang On A Can All-Stars, Avant Media and the Albany Symphony/Dogs of Desire as well as by the Merce Cunningham Dance Company, New York City Ballet, Stuttgart Ballet, Mannheim Ballett, and Ballet BC. He has written seven operas: ping and what is the word, with texts by Samuel Beckett; impropera, using randomly selected text msg’s from the singers’ cell phones; herzstück/heartpiece, with text by Heiner Müller; la belle captive texts by Alain Robbe-Grillet; and Dice Thrown, based on the Stéphane Mallarmé poem, as well as his most recent SapphOpera, using fragments of Sappho’s poetry. He presented the world premiere of Piano Vectors for 6 grand pianos in the 40,000 sq. ft. Knockdown Center in May 2015. Also at Knockdown Center in October 2018 he premiered his 4-hour long KOSMOS for string quartet and live electronics. King has worked on five installation/productions with CultureHub, some involving telematic performance works. He was Co-Director of the Music Committee for the Merce Cunningham Dance Company from 2003 until MCDC’s closing at the end of 2011. He has received grants from the NEA/Music in Motion, New York State Council on the Arts, Jerome Foundation, Asian Cultural Council, Meet The Composer/Readers Digest Dance Commissioning Program, Minnesota Composers Forum, the Fund for US Artists at International Festivals, and New York Foundation for the Arts. He is also the recipient of the 2009 Alpert Award in the Arts for Music and the 2014 Foundation for Contemporary Arts Award for Sound/Music. Recently King was awarded a Rockefeller Foundation/Bellagio Residency for March 2016, in addition to residencies at The McDowell Colony and The Emily Harvey Foundation residency in Venice, Italy. johnkingmusic.com

Bangkok-born, New York-based Tiri Kananuruk is a performance and new media artist. She holds a BA in Exhibition Design from Chulalongkorn University in Bangkok, and a Master in Interactive Telecommunications from Tisch School of the Arts at New York University. Her work has been shown abroad in Thailand, Iceland, the Philippines as well as in New York City at Culture Hub, Roulette Intermedium, Judson Memorial Church, The Firehouse Space Brooklyn and Babycastles. She recently finished her 1- year Mew Media Art residency at Mana Contemporary, she is currently an artist in residence at CultureHub, New York. She is a member of NUUM collective along with Mimi Yin and NiNi Dongnier.Her work explores the manipulation of sound in the context of technological consumerism, examining human relationships through the use of transmitted signals, natural language processing, and bodily movement. Find out more at http://xxx.tiri.xxx/

Neel Murgai is a sitarist, overtone singer, daf player, composer and teacher from Brooklyn, NY. He is a co-founder and co-artistic director of the Indian music collective, Brooklyn Raga Massive. Neel has studied sitar for 25 years, currently with his guru Pundit Krishna Bhatt. Overtone singing Neel learned from Batuvshin of the Buriyat performance group Uragsha and from Timothy Hill of the Harmonic Choir. He is a graduate of Goddard College’s MFA in Interdisciplinary Arts program. His first album with Neel Murgai Ensemble was released on Innova Records in 2010. Neel has performed around the world with numerous artists from varying disciplines including, Bill T. Jones, Cyndi Lauper, Wyclef Jean, Andre DeShields, Karsh Kale, Vijay Iyer, Adam Rudolph, Daniel Bernard Romain, Dana Leong, Ellen Stewart, Laraaji, Yuerba Buena, Baba Israel, Raz Mesinai, Mission on Mars, Akim Funk Buddha, Loren Conners, Suzanne Langile, Louis Bellogenis and Cosmo Vinyl. He has performed at venues ranging from the Lincoln Center and Kennedy Center to Late Night with David Letterman to jazz clubs such as the Blue Note and at festivals around the U.S. Neel played in the orchestra for Disney’s musical theater adaptation of “The Jungle Book” directed by Mary Zimmerman. Neel has composed music for many film, TV, video, theater and dance projects including the features, “The Yes Men Fix the World”, which premiered at the 2009 Sundance Film Festival and “A Decent Arrangement” starring Shabana Azmi.

Kate Siahaan-Rigg is a multi-culti multidisciplinary NY based artist. She works in Stand Up comedy, Theater, and Spoken Word and is the front person for the Amerasian punk comedy duo Slanty Eyed Mama. You can read all about her at www.katerigg.com

Perry Yung is a multimedia performance artist and musician who works in contemporary/experimental theater and commercial television and film. He is also a traditionally trained Japanese shakuhachi bamboo flute craftsman who leads flute making mediation workshops in zen monasteries across America. Since 2009, he has been producing La Mama’s Family Playdate Series to show the importance of acknowledging and embracing heritage. Perry has been a member of La Mama’s Great Jones’ Repertory group since 1993 and is a founding member of the SLANT Performance Group. He can be seen on HBO/Cinemax’s WARRIOR tv series based on original writing by Bruce Lee.