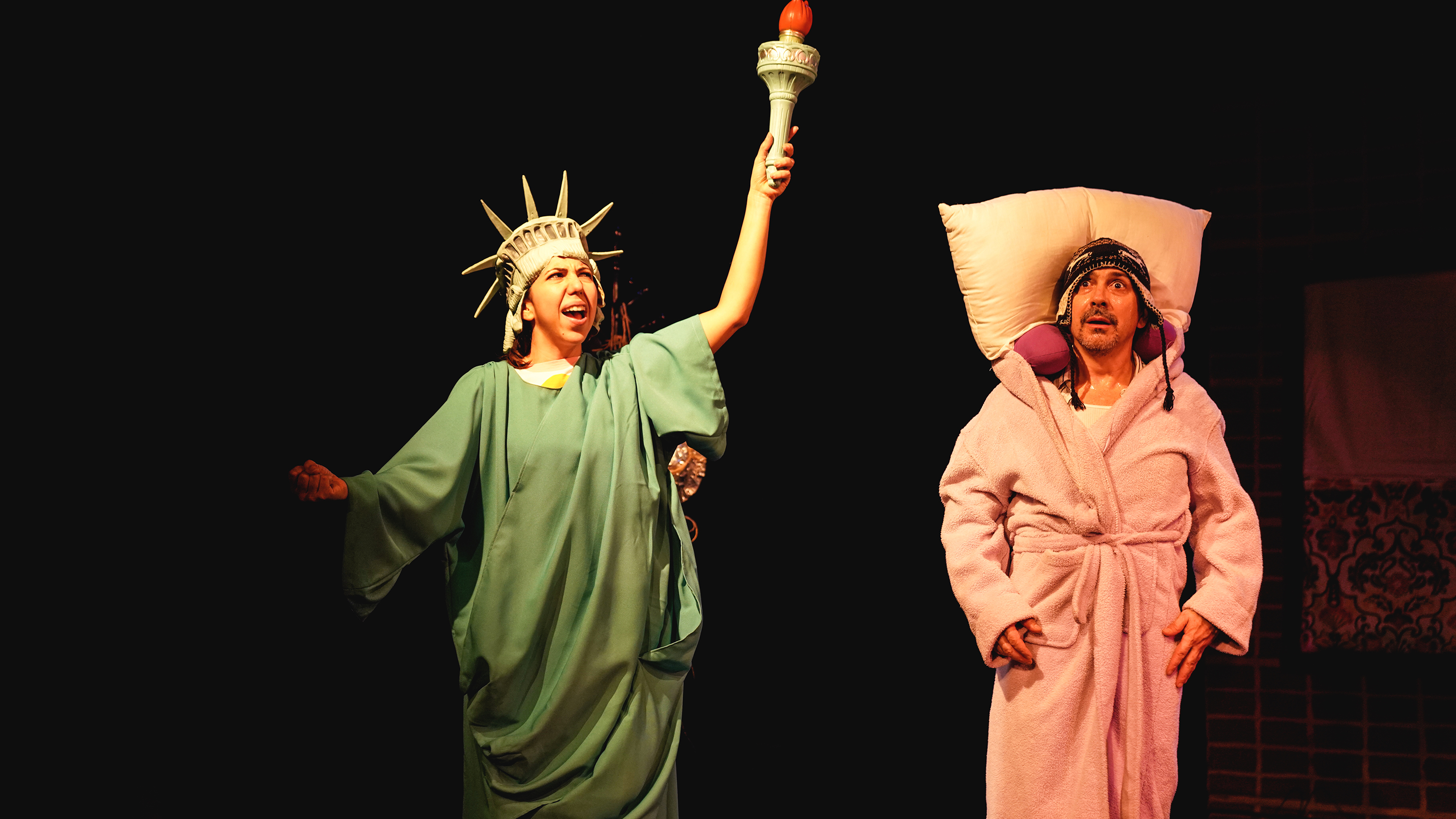 Saturday at 2PM
Sunday at 12PM

Loco7 reimagines this classic text, with puppets, dance and music to show the audience that no dream is too impossible to obtain and that with hope and heart you can conquer fear. The piece focuses on the plight of Quixote – either succumb to the bitterness of despair or let loose the wings of the imagination. Don Quixote Takes New York will be an intuitive voyage that transports the audience through Quixote’s emotions as he travels the City, seeing a new unexplored world. Don Quixote and his friend Sancho Panza travel the five boroughs of New York City on a quest to save the world from evil forces and protect Lady Liberty from the Orange Knight. The audience follows Don Quixote as he explores New York City in his quest for love, honor, liberty and justice for all.

Don Quixote Takes New York is suitable for all ages 4 and up. 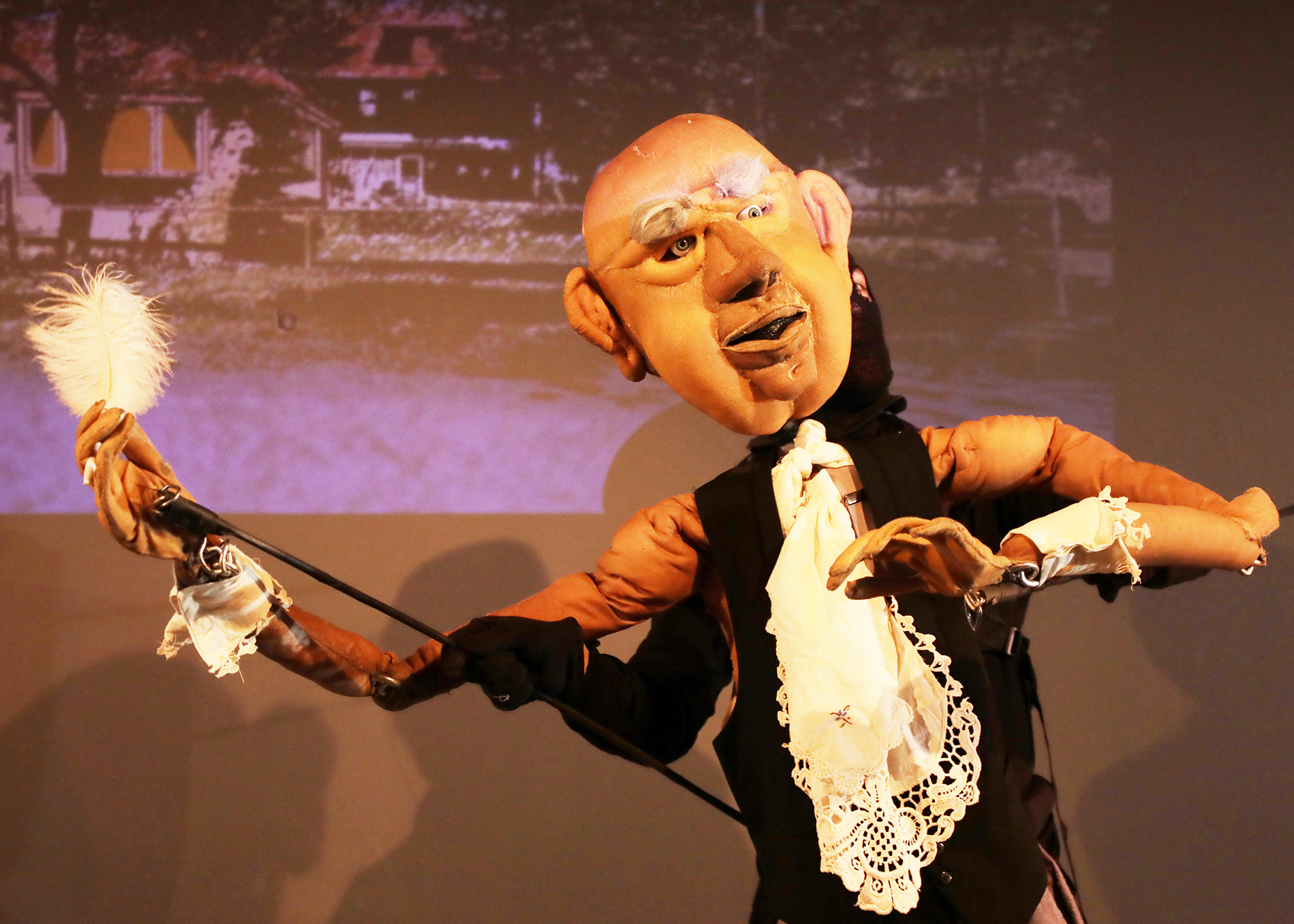 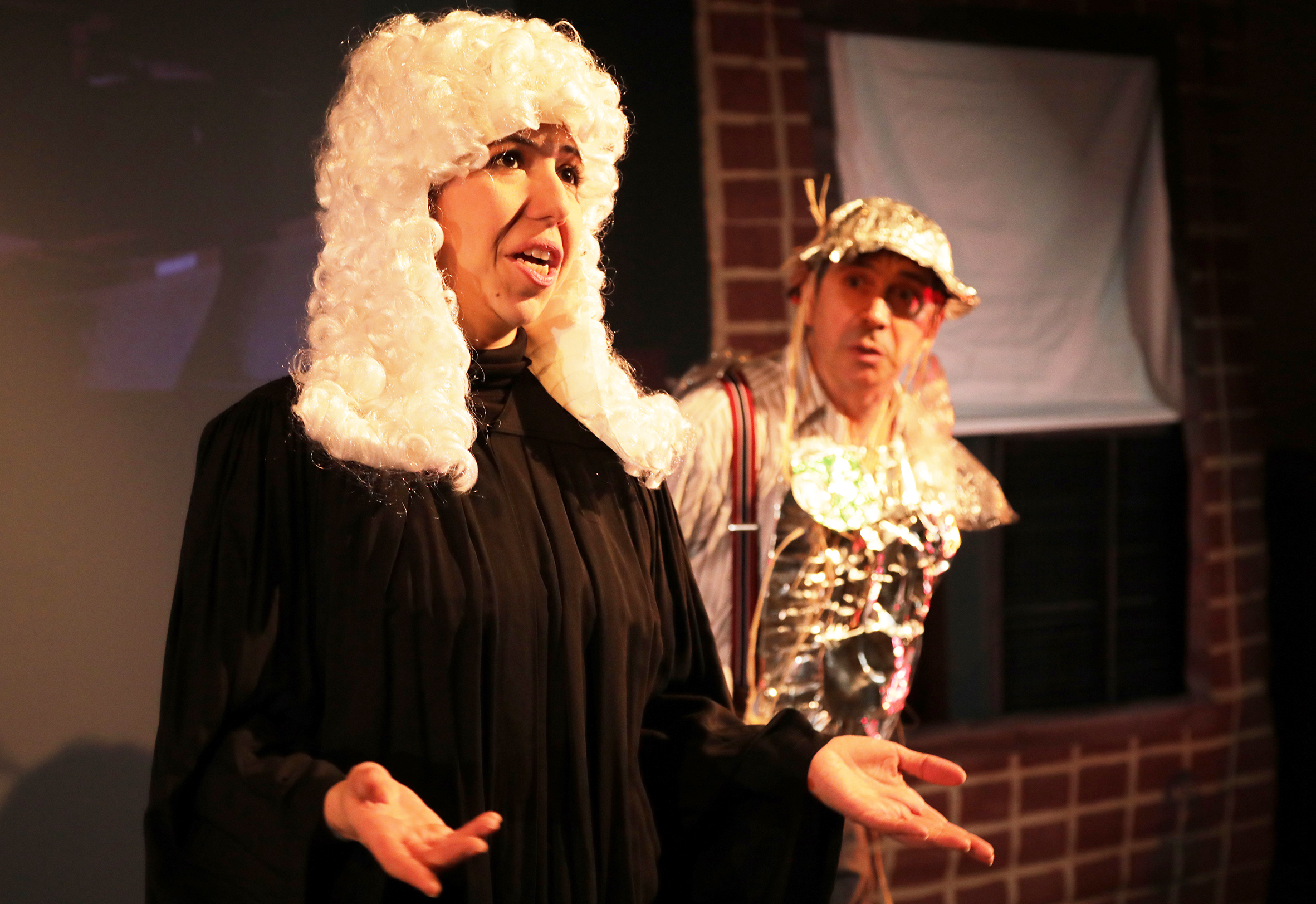 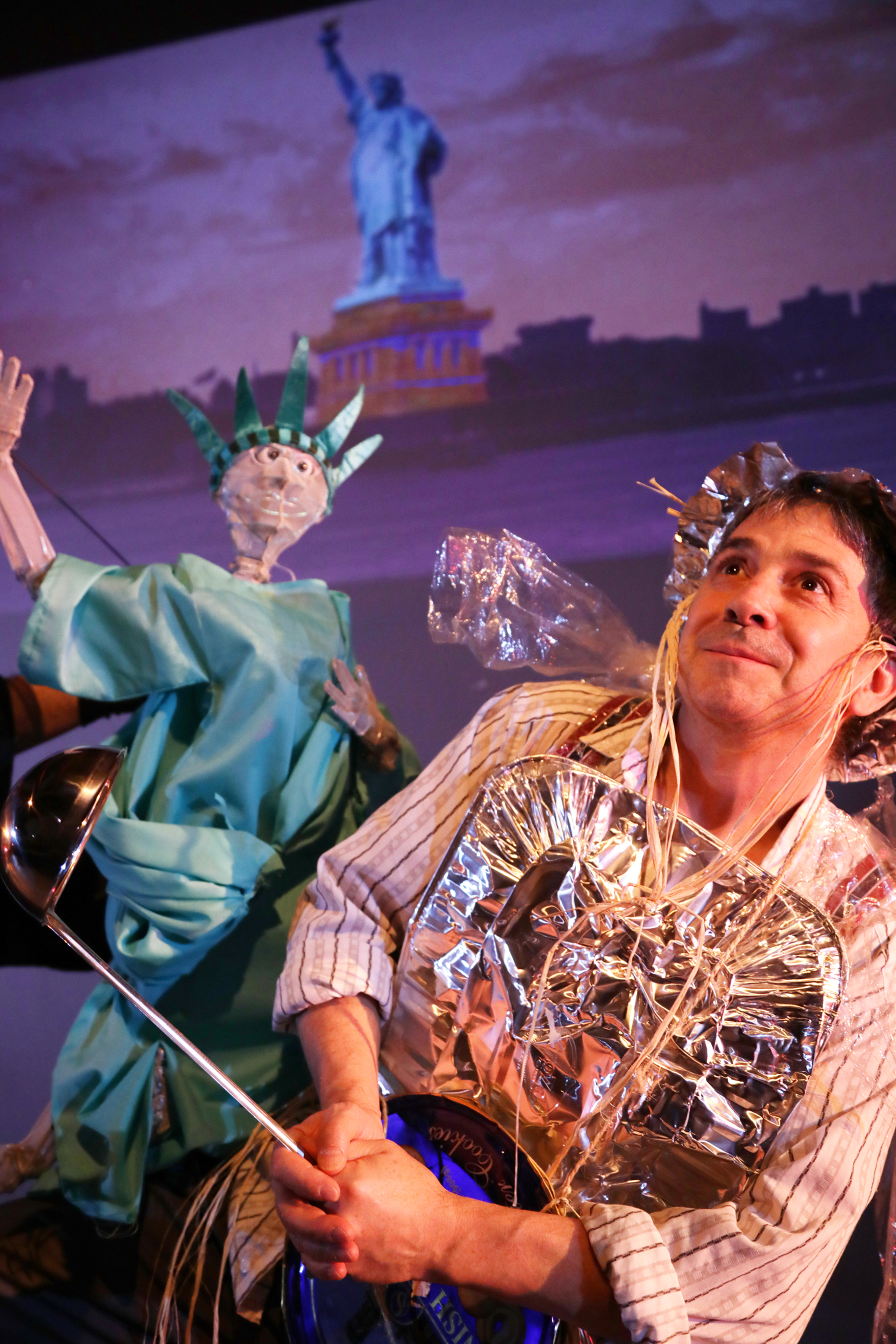 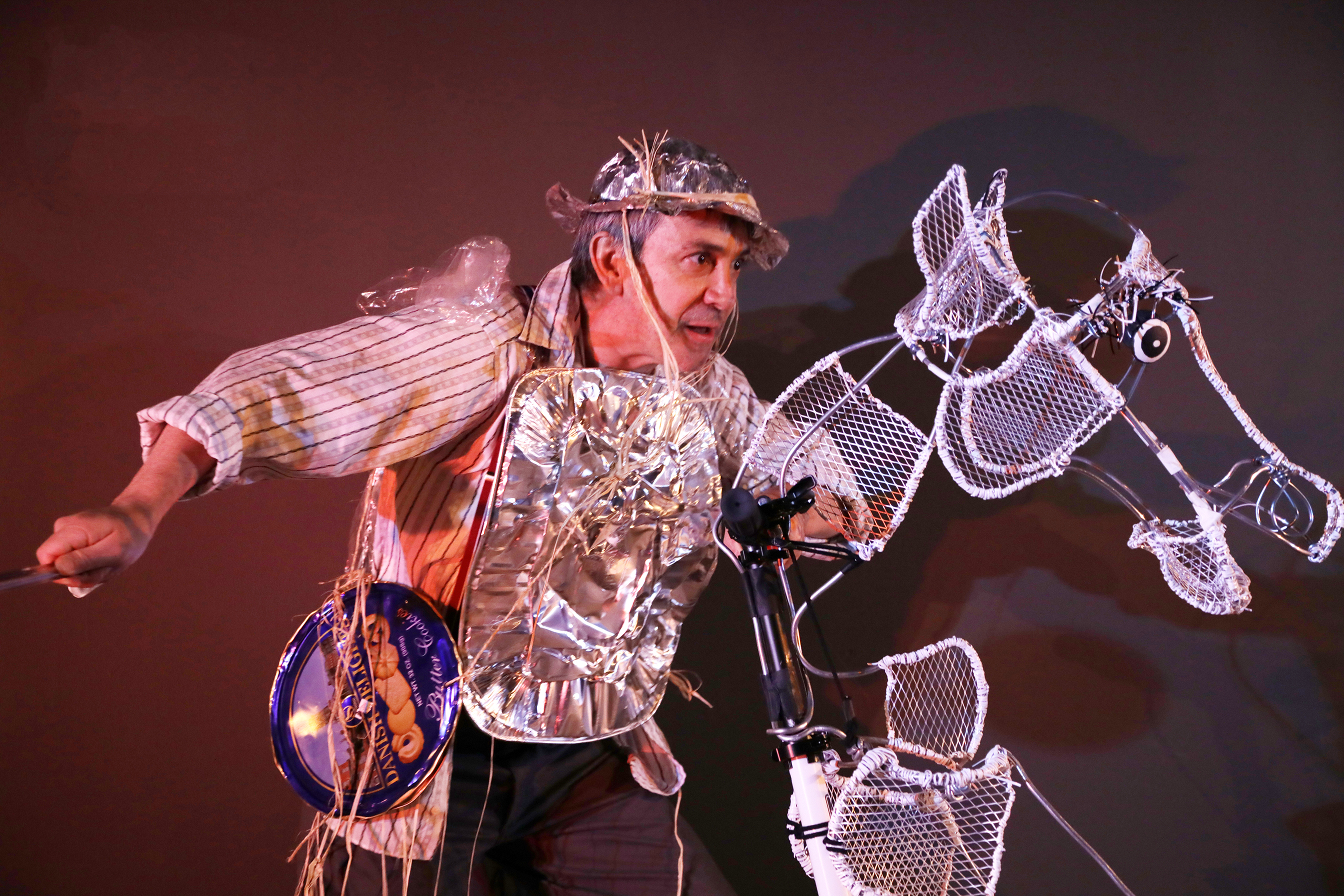 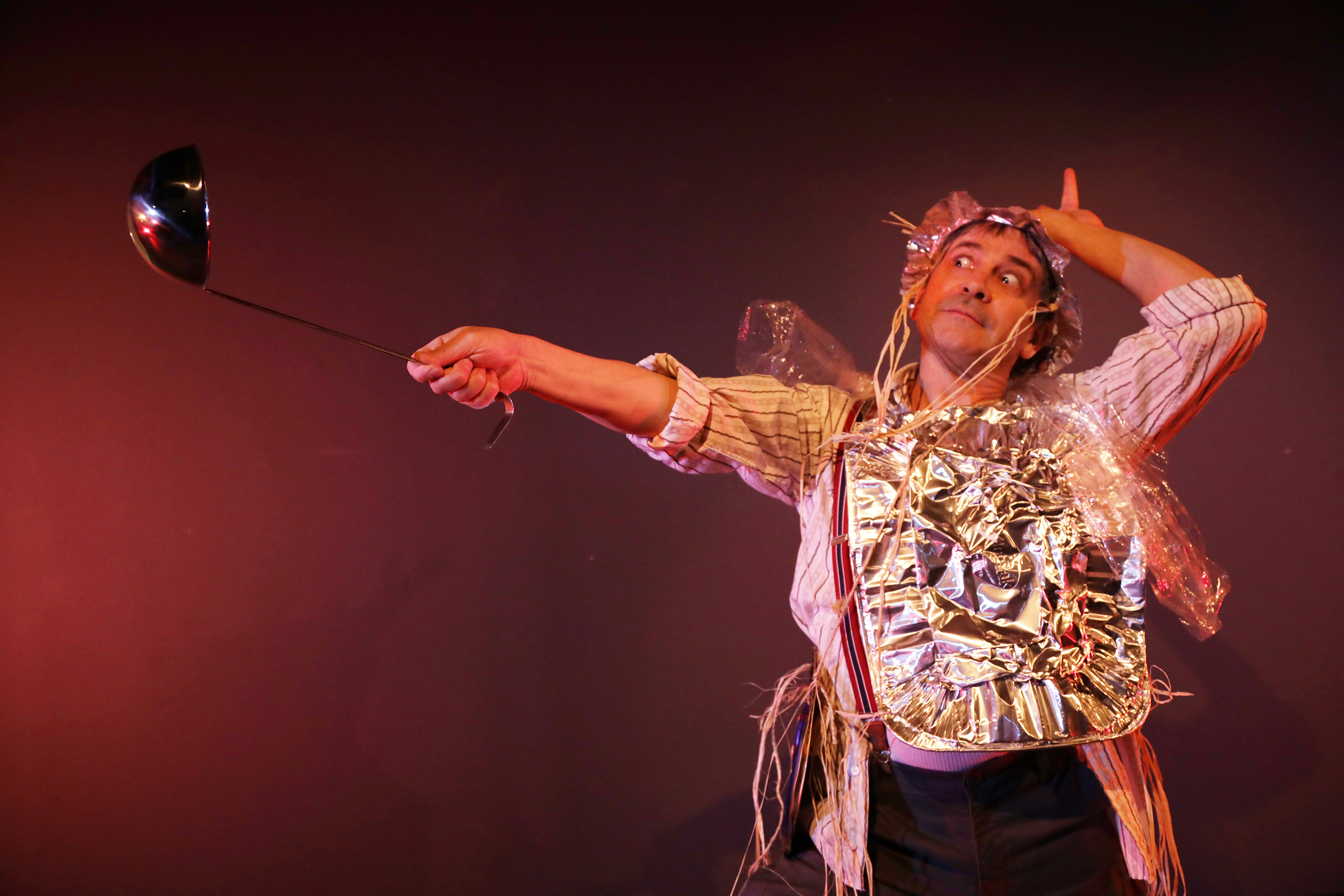 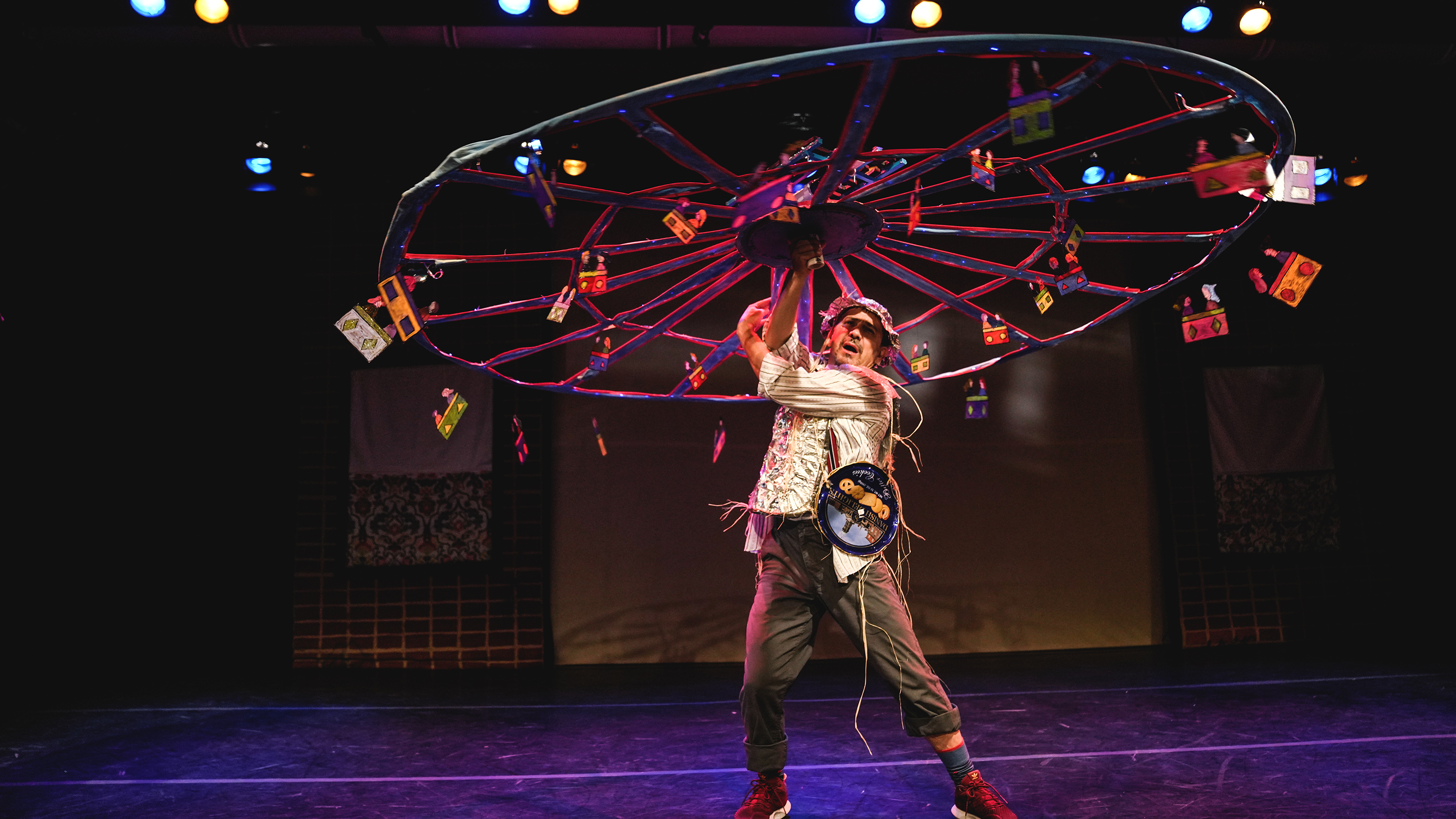 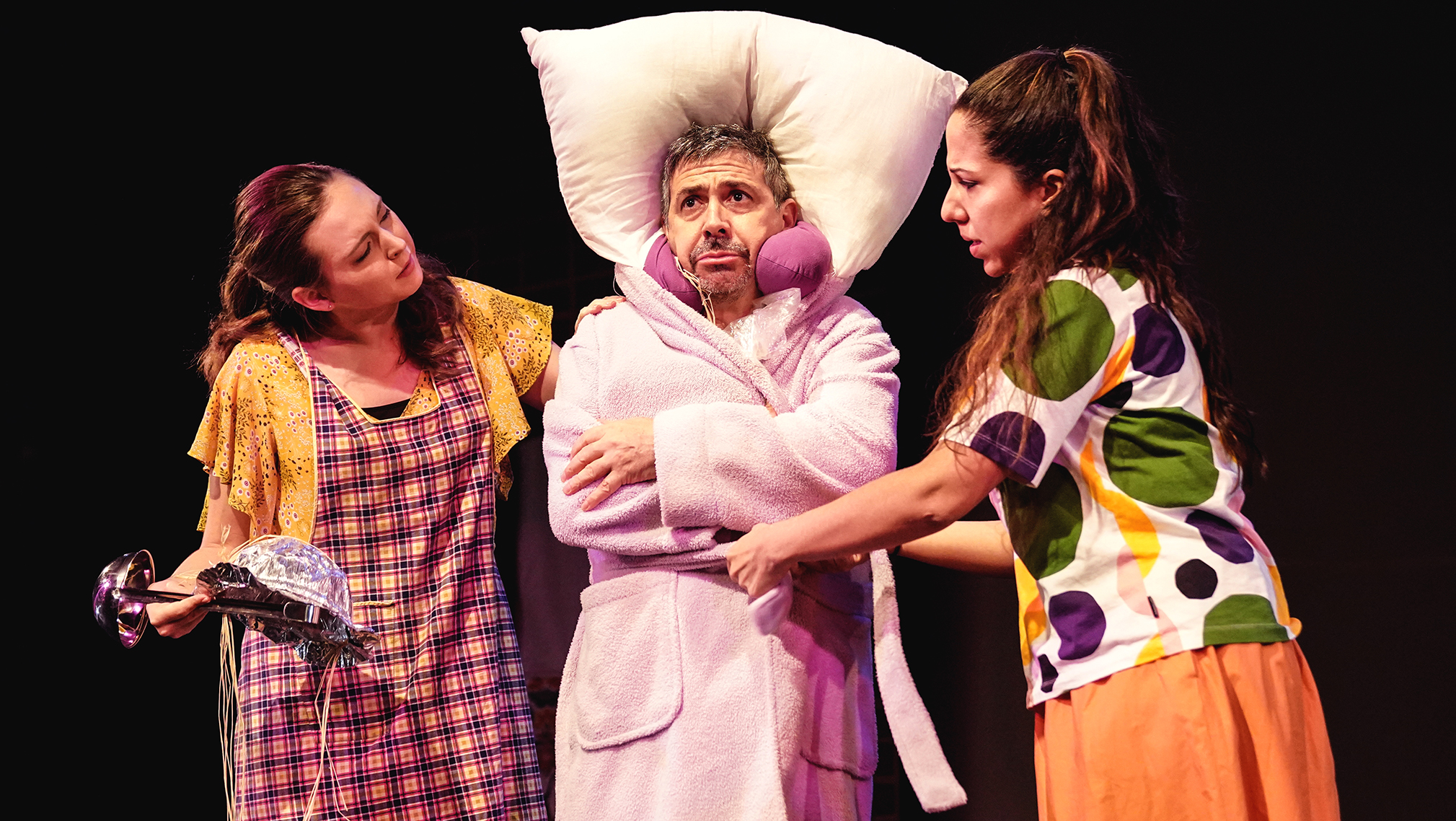 FEDERICO RESTREPO (Co-Creator/Director/Choreographer/Puppet Design) was born in Bogotá, Colombia and founded his company, Loco7, at La MaMa in 1986 to expand the use of puppetry in dance theatre. With Loco7 he has created over sixteen original productions, acting as creator, director and designer. As a performer Restrepo appeared at La MaMa as a member of the Great Jones Repertory Company in Ellen Stewart’s The Raven, Asclepius, Herakles Via Phaedra, Perseus, Antigone, Mythos Oedipus, Dionysus Fillus Dei, Monk and The Hangman’s Daughter, Seven Against Thebes and Draupai. He is a resident choreographer, director, puppet designer, and performer of La MaMa. In addition he has designed lights for productions in New York City as well as abroad.

DENISE GREBER (Co-Creator/Director) has been the managing director and collaborator on all Loco7 productions since 2001. She has performed in Loco7 shows: Undefined Fraction, Urban Odyssey, In Retrospect, Room To Panic, Open Door, Bokan, The Bad Hearted and 9 Windows. She is an artist in residence at La MaMa, and a member La MaMa’s Great Jones Repertory Company, performing in Ellen Stewart’s Asclepius, Herakles Via Phaedra, Perseus, Antigone, Mythos Oedipus, Dionysus Fillus Dei, Seven Against Thebes, Diana di Cantelmo and Andrei Serban/Elizabeth Swados’ Fragments of a Greek Trilogy. She is the Director and Curator of La MaMa Puppet Series.