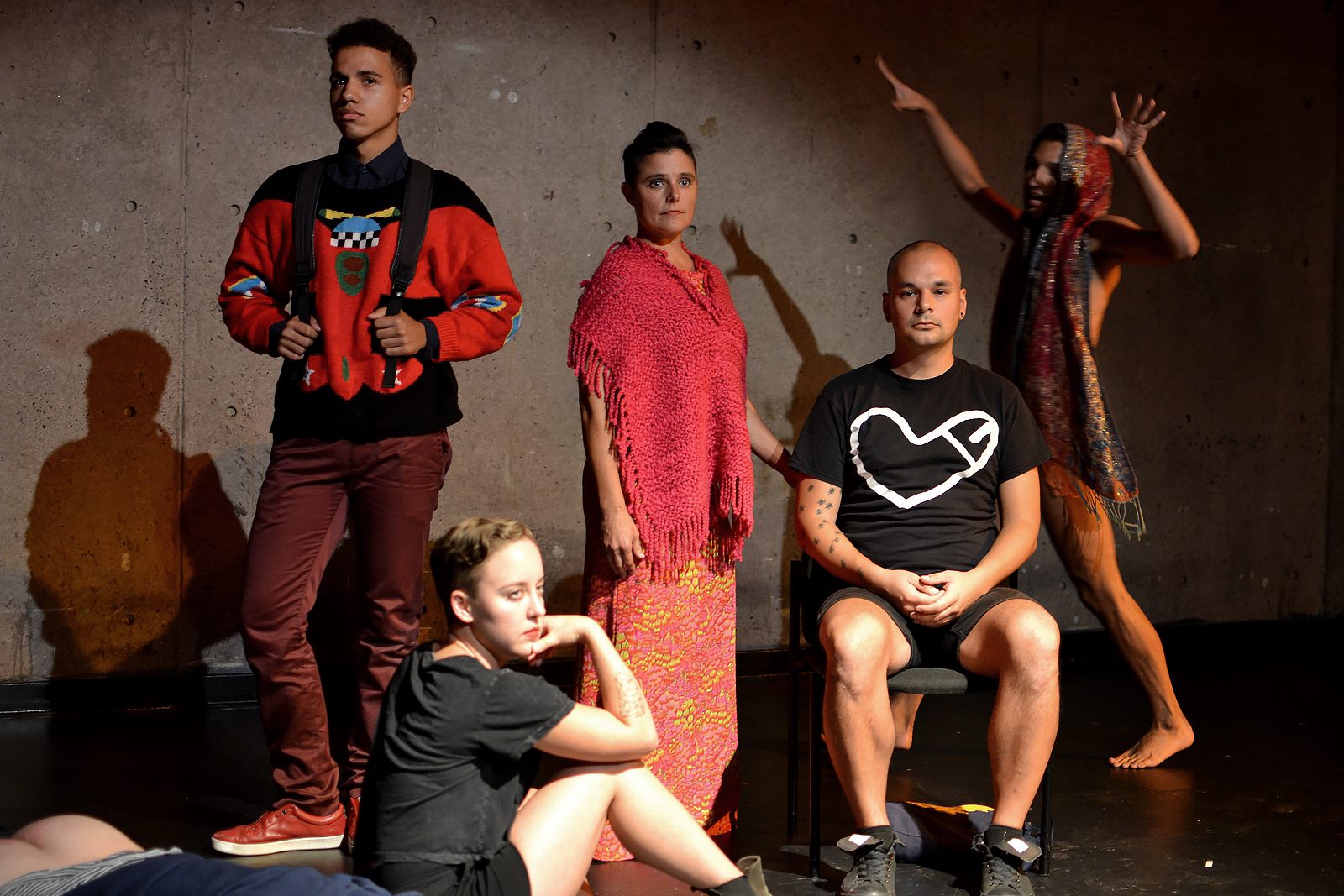 Thursday and Friday at 10pm

This performances contains nudity – 18 and over please.

DISCLOSURES is a performance that invites different people to share their stories, fears, and confidences, demystifying borders of privacy and nakedness as they strip away their clothes. Being naked/nakedness are intimate experiences closely related to one’s individuality and the social norms of one’s surroundings. Whether an extrovert or introvert, the idea of nakedness connotes meaning for everyone –- about borders, privacy, shame, vulnerability, and social order. It can also serve as a powerful affirmation of self, an empowering mirror through which one might not only see oneself, but also more fully see others. For the purposes of this experiment/performance, nakedness is utilized as a vehicle for the individual’s story, reason, self-representation—a history in which all these meanings are condensed.

Performance is developed in collaboration with performers:

BRUNO ISAKOVIC graduated with a degree in contemporary dance from Amsterdam School of the Arts in 2009. From September 2011 he is a member of dance company in Zagreb – Contemporary Dance Studio. Aside from working with different choreographers he creates his own performances and teaches dance workshops. Isaković has received various prestigious scholarships, as well as the following awards: Deutscher Akademischer Austausch Deinst – Stipendienurkunde (2010) and Jury Award and Best Solo Dance at Solo Dance International Festival in Budapest. His solo Denuded toured around the world, he performed it close to 30 times, covering all 5 continents from New York, Tokyo, London, Sao Paulo to Hobart. The idea from the solo broadened, and developed somatic practice served the creation of the same titled work for 11 performers which is currently touring in Croatia and abroad. His recent work Disclosures was created and premiered in New York in September 2015 while creation of Croatian version will be premiered in June 2016.

Diana Y Greiner first crossed the stage as a 12-foot red satin snake at the age of 3. Over the years she has taken different forms to perform on her own and with a sorted lot: 2000 – 2013 Diana was a core member of the Obie and Bessie award-winning ensemble LAVA, Blue Sky Rangers, Wise Fool New Mexico, Natalie Agee, Love Everybody Movement, Ping-wo-ley, Felice Shays, and SF Circus, among others. In NYC her work has been seen at Dixon Place, Performance Space 122, Dance Theater Workshop, The Kitchen, The Flea Theater, Judson Church and La Mama.

Elena Rose Light is a Brooklyn-based interdisciplinary artist working in dance, performance art, photography, and video. Her interests lie at the intersection of historical research, feminism, performativity, and viewership. She has presented work at Gibney Dance: Agnes Varis Performing Arts Center (Work Up), Triskelion Arts (Summer ShakeUp), Brooklyn Studios for Dance, Green Space, and the Yale University Art Gallery, among other venues.
This spring, she will present new work through Movement Research at Judson Church and as part of the New Voices in Live Performance festival at the Center for Performance Research. Elena will also attend ImPulsTanz this summer as a 2016 danceWEB scholar. She was an artist in residence at The School of Making Thinking (2015) and E|MERGE Interdisciplinary Collaborative Residency at Earthdance (2016).  http://elenaroselight.com/

Ryan M. McKelvey is an artist who primarily interrogates and works through performance. From 2010 until 2013, while in South Korea, he created ensemble theatre, developed narrative solo performances, and worked as a drag queen. Upon moving to Brighton in 2013, Ryan began experimenting with durational & installed work, as well with projects that intervene in public spaces. His current practice fluctuates between expansive, large-scale installation performances and restrictive, minimal one-to-one encounters. Ryan holds an MA in Performance & Visual Practices from the University of Brighton, and a BA in English Writing from the University of Pittsburgh with a focus on poetry. His work has been shared in the ROK, the UK, and the US. Ryan also collaboratively devises public projects with his artistic partner Zoya Sardashti at Home Soil. https://ryanmmckelvey.com/

Alexander Paris, 19, is an actor and performance artist living in Brooklyn. This is his first performance at La Mama. His next performance here will be in “I’m Bleeding All Over the Place: A Living History Tour” directed by Brooke O’Harra, from June 16-June 26 in the Ellen Stewart Theatre. He is currently a student of Helix Queer Performance Network’s “Needing It” designed for artists to generate their own solo performances, which will have a show at BAX on June 21st. On July 27th, he will debut in his one-man-show (with help) “A Girl in Rags”, as part of Dixon Place’s Hot! Festival. He is so glad to be a part of this show!