“Must See: Denuded at the Queer New YorkArts Festival”

Created and Performed by Bruno Isaković

Wednesday to Saturday at 8PM; Sunday at 6PM

Denuded (SOLO) is about the body, movement and stillness, breathing and, most importantly, about a constant contact with the audience. The confrontation of the naked body and the gaze is the work’s driving force.

In Denuded, Isaković examines the physicality of this subject, separate from the source of its meaning, in a solo transformation ritual. Here the visible becomes a site for investigating the invisible and the potential relationships among those who are different. Denuded examines the transformation of physicality upon release from its own source, reflecting upon being-in-the-world through the medium of ritual atmosphere. The work was created during a process that involved not only physical (de)formations of the body movements, but invoked psychological introspection to breath towards intensity which becomes the motif of the whole performance.  Denuded denotes anything not fitting our framework of rationality, and it opens up spaces to be filled with irrationality we all carry within us.

Denuded (Group) is a rigorous exploration of the relationship between the breath and physical tension, and the ways in which they permeate the body in each moment. Isaković first created Denuded as a solo in 2013, and then as a duet in 2014. With multiple bodies, he transforms his approach to movement to bring into play the dynamics of a diverse ensemble, examining various aspects and levels of interaction among the performers, as well as the relationship between the performers and the audience. The body is engaged in organic, brutally decelerated, and controlled movement that gradually shifts in texture and scale. “Movement and the relationship within the group is suspended in the natural speed of the breath,” says Isaković. “The movement’s weight, muscle tension, position in space; and even the associative links between the performers are suspended within it.” With the body in constant transformation, the viewer is faced with a continuous rereading of Denuded‘s shifting shapes, distortions, and images. 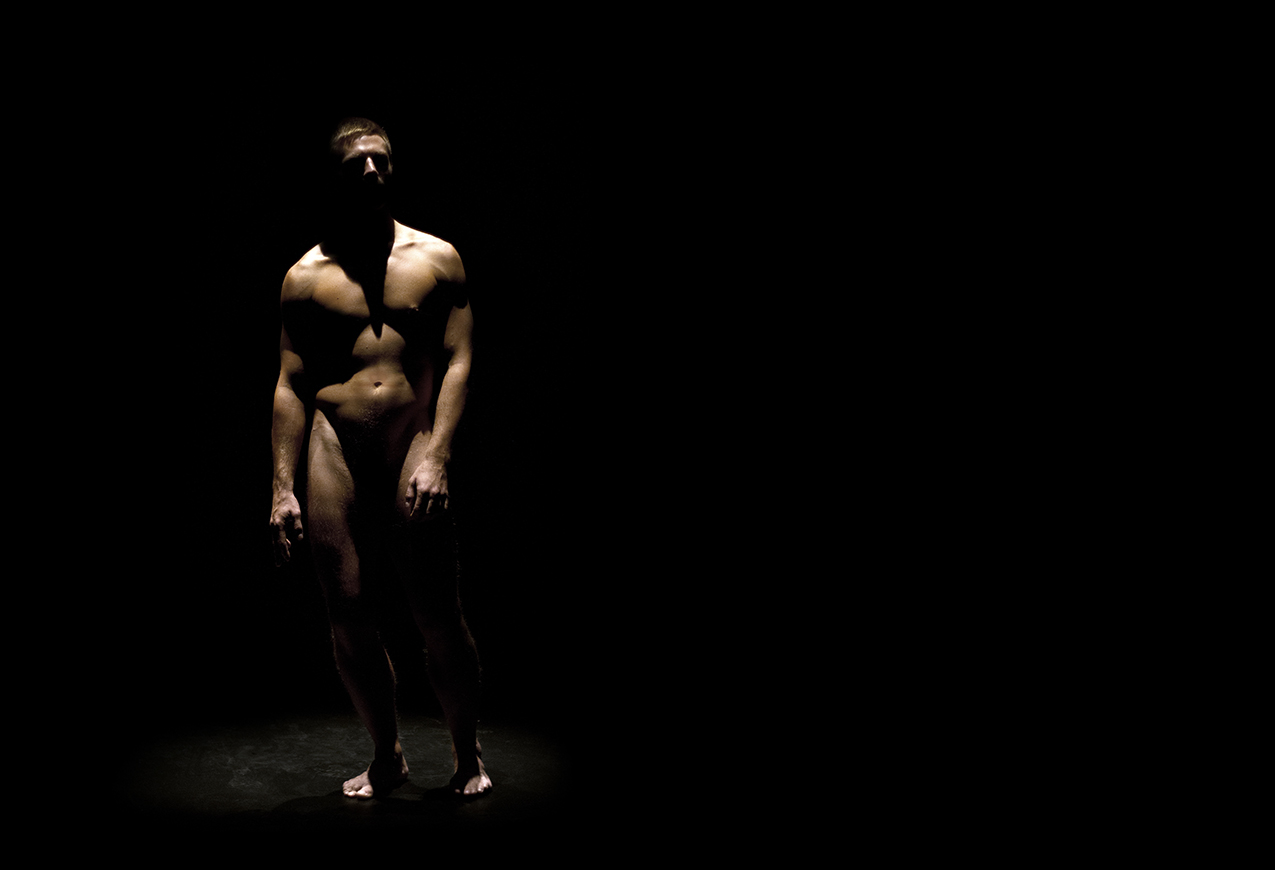 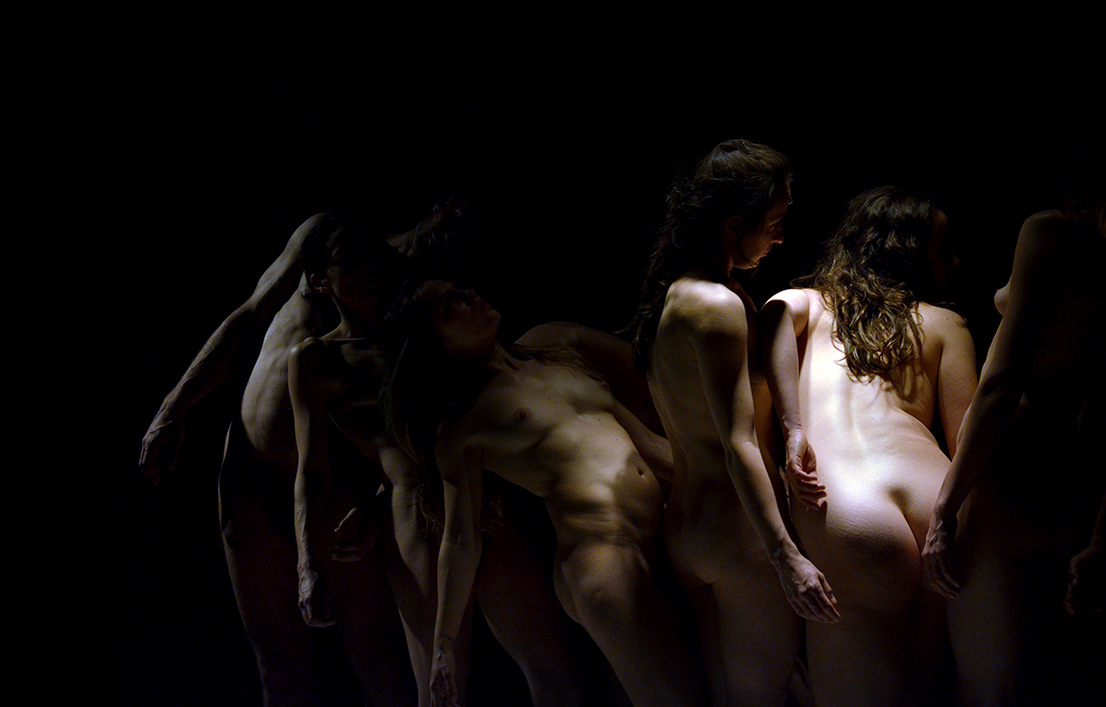 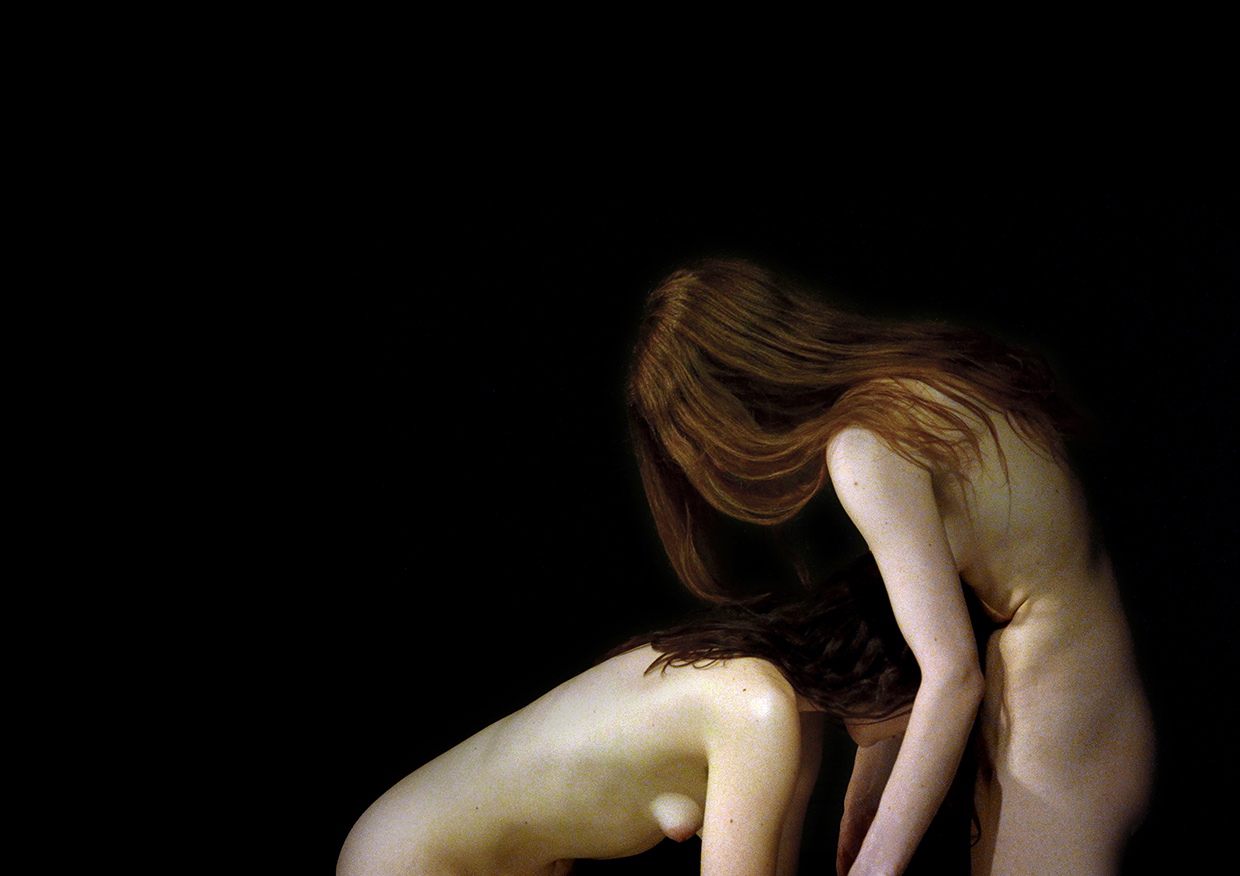 Queer New York International Arts Festival (QNYI) is a festival of contemporary performance and visual art that explores and broadens the concept of “queer (in) art.” Co-curated by Zvonimir Dobrović and André von Ah

Bruno Isaković was born in Zagreb. He studied dance at the Rotterdam Dance Academy, and graduated from the Amsterdam School of Arts. The recipient of numerous scholarships and awards, he has worked internationally as both a dancer and choreographer. Isaković is a collaborator in the newly opened BA course in the field of dance art at the Academy of Dramatic Arts in Zagreb and at Bilgi University for the Performing Arts in Istanbul. In 2004 he created Sounded Bodies Festival, where he invited various performers working with voice and sound in relation to movement. His recent works Denuded (solo version), Guernica, and Disclosures have been touring extensively in North and South America, Asia, and Europe.

Studio for Contemporary Dance, founded in 1962, is the first Croatian contemporary dance ensemble in Zagreb. Its current work is based on innovation in the field of contemporary dance, always accepting and seeking new elements in artistic research. The ensemble has worked with numerous Croatian choreographers as well as with many leading choreographers and teachers from France, the U.K., the U.S., Spain, Slovenia, the Netherlands, and many others.

Join us for a post-show talk back with the creative team on Friday, September 30th