Shows: Deep in a Dream of You 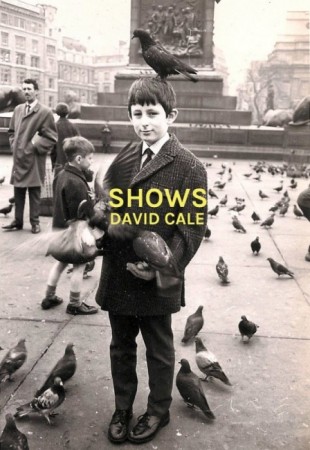 Saturday at 10pm; Sunday at 6pm

50 complimentary copies of Deep In A Dream of You will be available at the performances! Show up early to guarantee your copy!

DAVID CALE is the writer and performer of solo works including A Likely Story (The New Group), Lillian (Playwrights Horizons, OBIE Award), Deep in a Dream of You (Public Theater, Bessie Award), Smooch Music (The Kitchen) and The Redthroats (Second Stage, P.S. 122, Bessie).  David wrote the book, lyrics, co-composed the music for, and appeared as Floyd in the musical Floyd and Clea Under the Western Sky (Playwrights Horizons, Outer Critics Circle Nomination).  He wrote the songs for 600 Highwaymen’s Employee of the Year (2016 Under the Radar Festival, Public Theater, Crossing the Line Festival, FIAF, 2015 Bessie Nomination) and has an ongoing collaboration with composer/performer Dane Terry, Keepers.  David has written lyrics for songs sung by artists including Elvis Costello, Debbie Harry, John Kelly and Jimmy Scott.  He has performed in plays on and off-Broadway, including John Jesurun’s Shadowland at La Mama.  His TV credits include The Good Wife, The Blacklist.  He appears in films including James White, Winter in the Blood, The Slaughter Rule, Two Lovers and Pollock.  David was most recently one of the 2015 Resident Writers in The Working Farm at SPACE on Ryder Farm.

“A brilliantly colored spectrum of sexual experiences and feeling.  Cale’s hold on emotional nuance, the bursts of natural description that etch his scenes, the slyness of his humor and a heightened, impassioned performance style put him in a class of his own among solo artists.”
–  Steven Winn, San Francisco Chronicle

“There are many ways to describe what David Cale does in his 75 minute theatrical deep-sea dive called “Deep in a Dream of You”.  But somehow the terms “performance art” and “jazz poetry,” or even “sexual incantation” seem to pale in the afterglow of his startling and beautiful show.”
– Hedy Weiss, Chicago Sun-Times