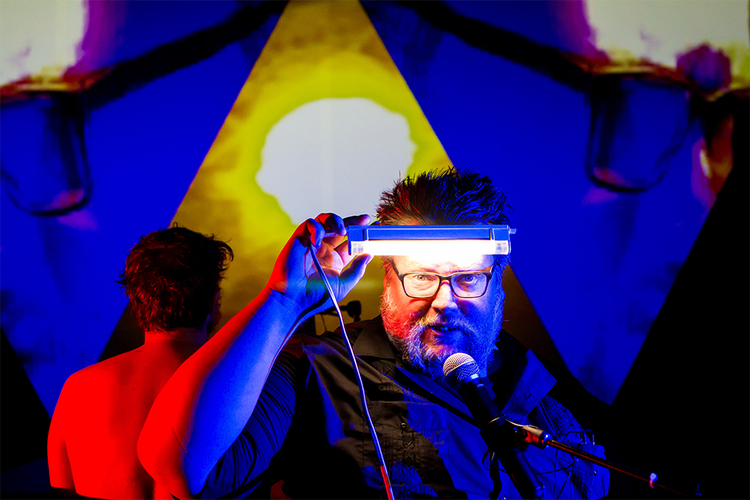 With text by William S. Burroughs*

This is a Creative Capital project that has received Commissioning and development support has been provided by Gibney Dance, Mt Tremper Arts, Theatre Conspiracy @ Club PuSH, Collapsable Giraffe and the Foundation for the Contemporary Arts” .

CultureHub is a center for art and technology that connects communities around the world. To date, CultureHub has linked audiences with over 500 artists from 30 countries through live performances, exhibitions, web-based presentations, livestreams, and education programs. Founded in a partnership with La MaMa Experimental Theatre Club in New York City and the Seoul Institute of the Arts in Korea, CultureHub presents a regular season of public programming, including Refest, our annual festival; holds artists residencies; engages in research and development of creative technology; and creates educational programming to engage the next generation of artists and creators.