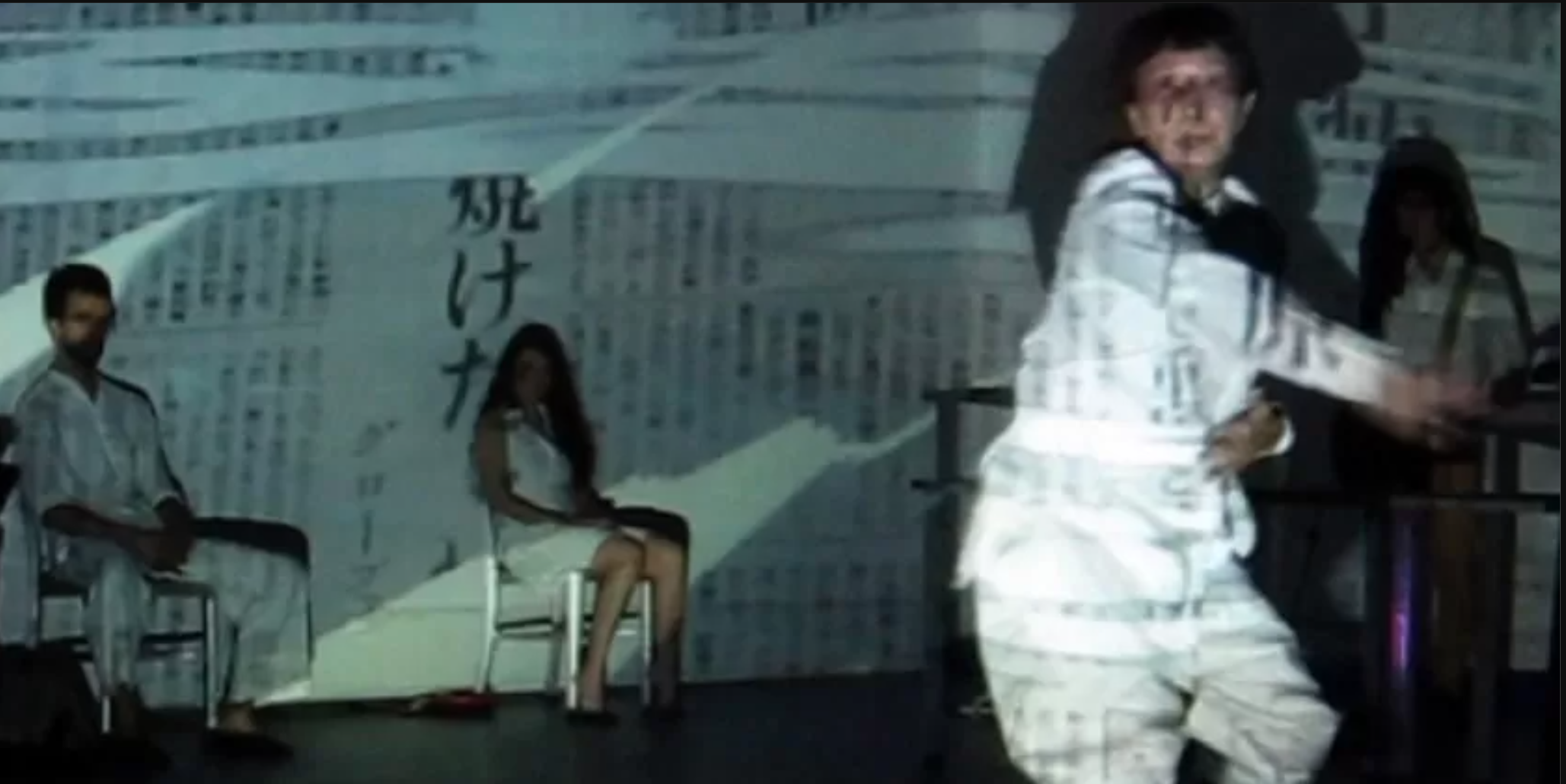 La MaMa Moves! Dance Festival, which takes place in our venues and features over 50 emerging and seasoned choreographers, reflects La MaMa’s longstanding mission to performance that transcends politics and unifies cultures. We are thrilled to present nascent French choreographers who have been virtuosic dancer/performers in major world-class dance companies, as well as significant contributors in the work of progressive choreographers working prominently in the field of contemporary dance, who are now transitioning from the role of dancer to that of maker.
Companies & Choreographers:
Shlomi Tuizer & Edmond Russo – compagnie Affari Esteri (France – US Premiere) | Ashley Chen (France – US Premiere) | Cedric Andrieux & Christophe Ives (France – US Premiere) | Yoshiko Chuma | Emmanuelle Huynh (France-US Premiere) | Chase Brock | Chris Masters | Miki Orihara & Guests | Dylan Crossman | Rebecca Lazier | Elena Demyanenko | Dai Jian | Ellen Fisher | Kia Labeij
The performances of the French artists and companies are presented as part of DANSE: A French-American Festival of Performance and Ideas, New York City, May 1-18, 2014, organized by the Cultural Services of the French Embassy in the United States with additional support from the French Ministry of Culture and Communication, Institut français and Ville de Paris. www.frenchculture.org/DANSE

Two Men, Shlomi Tuizer & Edmond Russo, face each other constrained in their search for different forms of identification. Poetic notions are employed, from a lovers’ narrative to duplicity, from a social body to a perceptive body, and of the other as witness, mirror, support, and companion. Two New York artists were invited into the process, poet Christina Clark, and musician Oren Bloedow.

This program explores the continuity and lineage between modern dance and contemporary dance, as a new generation of artists begins to create work and inspire the next phase of modern dance. Orihara performs the work of various choreographers, both re-staged and new, including Martha Graham, Jose Limon, Martha Clarke, Miki Orihara, and Adam Barruch, with new score by Senri Oe. Supported in part by Japan Foundation New York Office.

Every Me Sees Thou A Little Differently

We are complex. We are multiple. Which one will shy away, take over or win? Ever Me Sees Thou a Little Differently is a story of our human complications.

The choreography starts with a simple phrase, and due to the manner of accumulation, attains a high degree of complexity. The accumulation of the dance score is not systematic; it is constructed in a way that demands increased involvement and attention on the part of the spectator. The dancer illustrates his tenacity in the repetition of his routines. With costumes by Kty Garnier.

How to Deliver an Afghan Hat

Performers interact, but not directly – a parallel to incidents of our life experience and a metaphor for “endless, continuous circles of life and war.” Mountains of correspondence, a nightmare of miscommunications, frayed emotions, botched promises, excuses, and cultural challenges, pinpointing the most important experiences and emotions of how the audience perceives and understands the results of war and why.

There Might Be Others is loosely based on the aleatoric score and performer instructions for Terry Riley’s ‘In C’. Dancers begin with 21 set movement modules and follow a set of rules to compose the piece in the performance . Performers include Sernaz Demirel, Pierre Guilbault, Cori Kresge, Vincent McCloskey, Christopher Ralph.

Part of Danse: A French-American Festival of Performance and Idea

Here they are, on an island. In fact, they have to build this island from scratch. They’ve known each other for a long time, they’ve never lost touch, but now something else is in play. They have to meet again, as if it was the first time. They need to show the other what sort of trace they leave behind, to erase it, to draw it one more time. What is at stake for them is to find a common ground, to invent their own way of being together.

A program of short works which particularly lend themselves to a cabaret setting. The flowing, loose-limed, technically rigorous movement vocabulary of Elena Demyanenko and Dai Jian, both distinguished alumni of the Trisha Brown Dance Company; the angular, mysterious, sensually delightful dance-theater of veteran choreographer Ellen Fisher; the physically arresting presence of Kia Labeija, who conjures the singular history of the House of Labeija and its iconic scenes of performance, nightlife, fantasy, and community; and the sly mischievous evocation of cabaret performer Dalida, a popular icon of the 1960s, deliciously embodied by French-Vietnamese choreographer/performer Emmanuelle Huynh.

The Song That I Sing; Or, Meow So Pretty

In Chris Masters’ new work, sexuality, discomfort, apology, and intimacy function as anchors, allowing for investigation to be routed through common tenets in an exploration of self-exploitation, questioning the ways we allow ourselves to be taken advantage of, and the ways we found empowerment through parasitic connections.