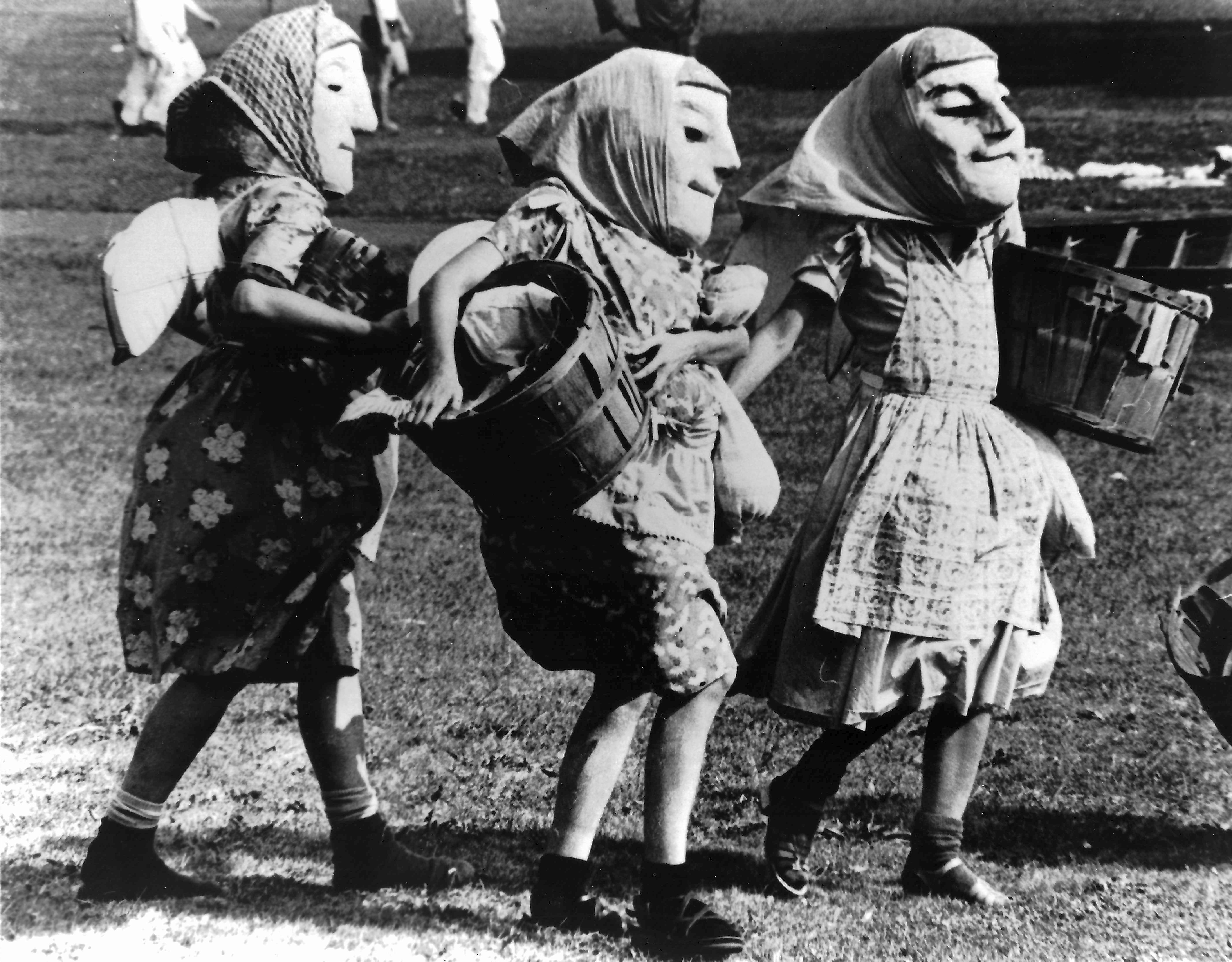 The Bread and Puppet Theater was founded in 1963 by Peter Schumann on New York City’s Lower East Side. The concerns of the first productions were rents, rats, police, and other problems of the neighborhood. Many performances were done in the street. During the Vietnam War, Bread and puppet staged block-long processions and pageants involving hundreds of people. In 1974 Bread and Puppet moved to a farm in Glover, Vermont. Our Domestic Resurrection Circus, a two day outdoor festival of puppetry shows, was presented annually through 1998. Today the shows range from tightly composed theater pieces presented by members of the company to extensive outdoor pageants which require the participation of many volunteers. Bread and Puppet continues to be one of the oldest, nonprofit, political theatre companies in the country.

Puppeteer and theater historian John Bell is the Director of the Ballard Institute and Museum of Puppetry and an Associate Professor of Dramatic Arts, both at the University of Connecticut. He learned puppetry as a member of the Bread and Puppet Theater company from 1976 to 1986, and received his doctoral degree in theater history from Columbia University in 1993.  He is the author of many books and articles about puppet theater, and is an editor of Puppetry International. John is a founding member of the Brooklyn-based theater collective Great Small Works; one of the creators of the Honk! Festival of Activist Street Bands; and a member of the Second Line Social Aid and Pleasure Society Brass Band.

﻿Michael Romanyshyn joined the Bread and Puppet Theater in 1975 and was a member of the company until 1992. He serves on the board of directors.He co-founded Los Kabayitos Puppet Theater at The Clemente in 1996 and was Executive Director until 1999 when he moved with his wife, Susie Dennison, to her family home in Temple, Maine. They built the Temple Stream Theater into a former church in Temple and ran a program of puppet theater and music until 2018.  From 2008-2014 he was the Musical Director of the Allstar Refujdzi Band in-residence at the Archa Theatre in Prague. Since 2013, he has been a birch tapper producing birch syrup on the family's farm as the Temple Tappers where he lives with his wife and two sons.

Massimo Schuster, born in Lodi, Italy, in 1950, is a puppeteer, actor, and storyteller. He graduated from the Actors School of the Piccolo Teatro, Milan in 1969 and started working with Bread & Puppet Theater in 1969. Back in Europe in 1975, he moved to Southern France and started his own puppet company, Théâtre de l'Arc-en Terre. He has performed his shows in 60 countries in Europe, Africa, Asia and the Americas and has directed shows in France, Poland, Bosnia and Herzegovina, Belgium, and Ethiopia. He has been teaching puppetry in Italy, France, Poland, Bulgaria, Ethiopia, Niger, Republic of the Congo, Dominican Republic, Brazil, and Canada. He has been President of UNIMA (Union Internationale de la Marionnette) and has written various articles for theatre magazines in France, Italy, and Hungary as well as a published book of photos, "Bread and Puppet Museum" (2006). He retired from the theatre in 2016, has published a book of poetry, and worked as a photographer for various italian jazz festivals.