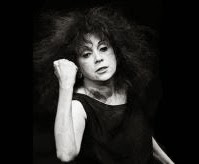 Judith Malina is an actress, writer, director, and co-founder of the Living Theater. Founded in 1947 as an imaginative alternative to the commercial theater by Judith Malina, the German-born student of Erwin Piscator, and Julian Beck, an abstract expressionist painter of the New York School, The Living Theatre has staged nearly a hundred productions performed in eight languages in 28 countries on five continents – a unique body of work that has influenced theater the world over. A life long pacifist, anti death penalty activist and self-described leader of “the beautiful non-violent anarchist revolution”, Judith Malina’s work has continually challenged the forms, content and style of the theatre and its relationship to and with the audience. www.livingtheatre.org