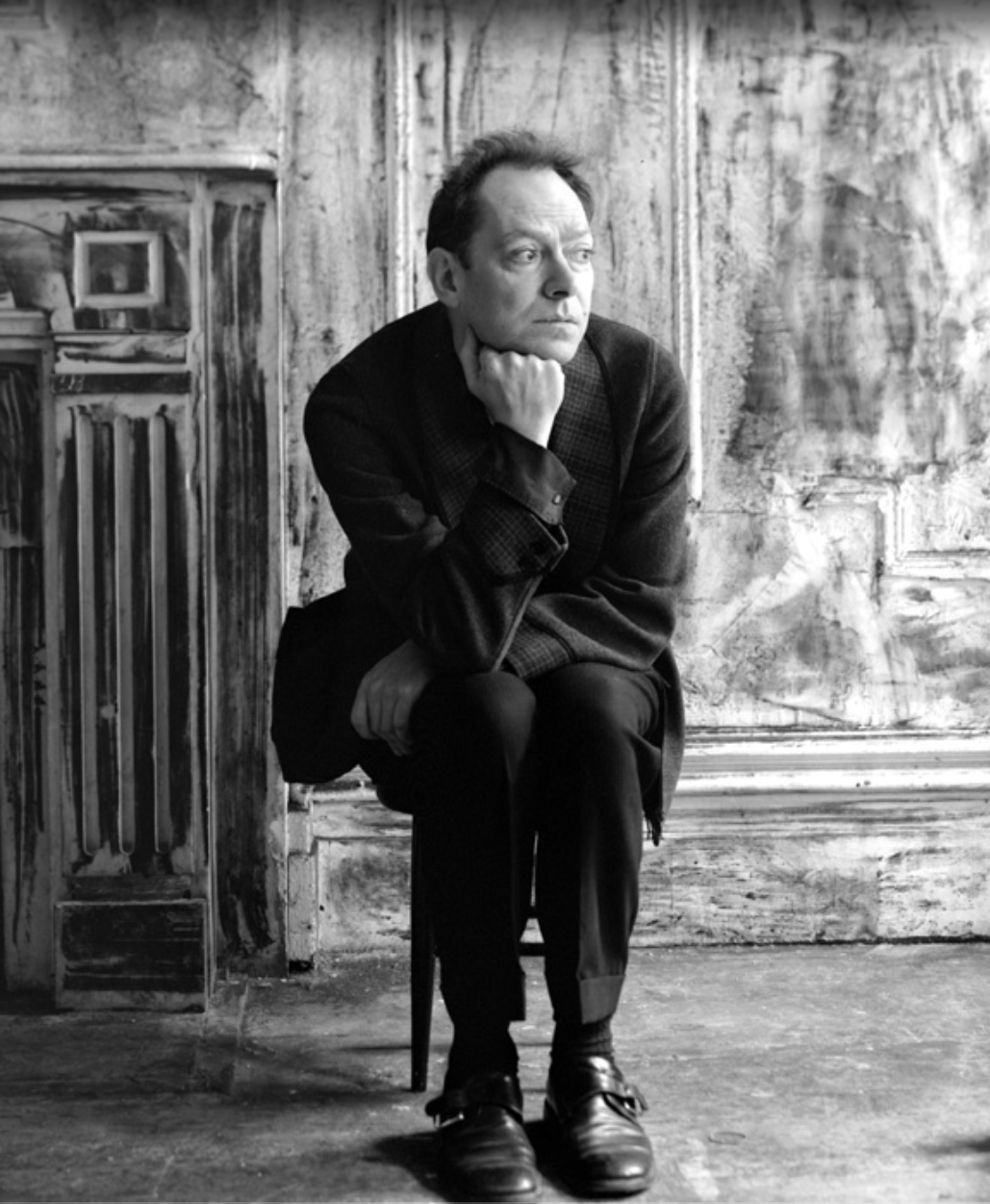 Born and raised in Savannah, Georgia, Edgar Oliver has lived and worked in New York City since 1977.  He is a poet, playwright, and actor, and storyteller, who has been active in New York’s downtown theatre and performing arts community since the early 1980s.  He is also one of the most beloved storytellers of the acclaimed storytelling organization The Moth.  Over the past thirty years, he has produced work that the New Yorker’s  Hilton Als calls “emotionally grand,” while the Moth’s George Dawes Green has described him as “the world’s greatest living raconteur.”

His plays, many of which were produced at La MaMa and in which he also performed as a stage actor, include The Drowning Pages, Hands in Wartime, The Ghost of Brooklyn, The Lost Bedroom, Motel Blue 19, Mosquito Succulence, The Poetry Killer, and The Seven Year Vacation.  Edgar has also been a sought-after actor in myriad other plays, most notably with the Axis Theatre Company under the direction of Randy Sharp.   Among his most important achievements are three acclaimed one-man shows: East 10th Street: Self Portrait with Empty House (directed by Randy Sharp); Helen & Edgar (directed by The Moth’s Catherine Burns); and most recently, In the Park (also directed by Randy Sharp).   In his review of East 10th Street, the New York Times’ Ben Brantley called Edgar “a living work of theatre all by himself.”  Brantley subsequently described Helen & Edgar as “utterly absorbing.”

Edgar has produced four collections of poetry: The Brooklyn Public Library, A Portrait of New York by a Wanderer There, Summer, and most recently, The Puddle Boy, all published by Oilcan Press.  He has also written a novel titled The Man Who Loved Plants.   In collaboration with Oilcan Press and the members of the Brooklyn-based band The Octave Doktors, he has produced an album of poetry and monologues called Desire & the Sea, which is based on material presented at a live performance at Coney Island in April of last year.

NAOMI GOLD (moderator) is thrilled to work with Edgar and the LaMama Coffeehouse Chronicles.  In 2012, she worked on the show Helen & Edgar in a variety of capacities including publicity, organizing and selling merchandise, and backstage timekeeping. In 2013, she served as the Box Office and House Manager and Scene Shop Assistant for The Two Character Play at 292 Theatre in the East Village.  More recently, she produced a successful Indiegogo campaign for Desire & the Sea, a collaboration between Edgar and his musical companions the Octave Doktors.  Along with Oilcan Press founder Aaron Howard, she works as a Co-Chief of Staff to Edgar, creating and posting materials for social media; assisting with correspondence involving event organizers, publishers, and fans; providing program organization assistance; and creating and maintaining an archive of his work in all formats.  She is an avid photographer, collage-maker, and urban explorer.  In her spare time, she holds down a full-time job as an Assistant Dean in the Library at Seton Hall University.

HELEN OLIVER ADELSON (panelist), originally from Savannah, Georgia in the southern United States, moved to New York City in the late 70’s after studying in Paris and receiving a B.A. degree from George Washington University in Washington, D.C. Her thirty-five year history of painting that ensued includes mainly portraits in oil on canvas, which she has exhibited in New York, Paris and Lucerne. She has also done much stage set design, especially for her brother Edgar Oliver’s numerous plays, many of which premiered at La Mama E.T.C. in New York City. She was also a founder of Pompeii Gallery on 10th Street and later Forsyth Street in New York City in the mid 80’s. Her most recent exhibit was a one-person installation last September at the gallery Participant, Inc. in New York City, and in May of this year she was one of the recipients of the Acker Award in New York.

HAPI PHACE (panelist) first appeared with Edgar Oliver in Kestutis Nakas’ epic, Spear of Destiny, and later originated the role of ‘Mother’ in Edgar Oliver’s Seven Year Vacation. Hapi was also one of the visual artists nurtured by Helen and Edgar Oliver’s art gallery, Pompeii. Hapi Phace was a member of and/or guest performer with various companies, performance artists, and filmmakers including the Ridiculous Theatrical Company, Big Man Arts, DanceNoise, The Hot Peaches, Edgar Oliver, Ann Magnuson, Ethyl Eichelberger, Karen Finley, John Kelly, Kembra Phaler, Mike Iveson, and Charles Atlas—to name a few. Hapi Phace’s original productions, many co-written and co-starring Brian Butterick aka Hattie Hathaway, include: I Told You These Heels Were Killing Me and Katz at Performance Space 122, My Tiny Life at Dixon Place, and Sara Lee Entenmann Undercover Dietician, and Lincoln, La Mama E.T.C. On the nightclub circuit, Hapi is best remembered as the host of The Pyramid Club’s Sunday disco night ‘Whispers.’ He co-created and co-performed shows at The Pyramid, BoyBar, The Palladium, Jackie 60, etc. in collaboration with artists such as Tabboo!, Philly, Hattie Hathaway, Sister Dimension, Lady Bunny, Richard Move, Chi Chi Valenti and Johnny Dynell, et al. He currently resides in New England and most has recently been working with theater artist Anna Kohler, who is creating a piece to be performed in Boston and New York later in 2015.

MICHAEL LAURENCE (panelist) has been a frequent collaborator with Edgar Oliver- as a performer in Hands In Wartime, and as director of Edgar’s Master of Monstrosities, I Am A Coffin, The Drowning Pages (all at LaMama), My Green Hades (Bosakowski) and Chop Off Your Ear (Angel Orensanz). He is the author/performer of the solo-play Krapp, 39 (Off-Broadway & London, 2009 Drama Desk award nom). His latest play Hamlet In Bed will premiere in Fall 2015 at Rattlestick Playwrights Theater.  He also wrote the plays The Escape Artist, Virgil’s Cauldron, and wrote and directed the feature film Escape Artists.  As an actor, Michael’s theatre credits include the Broadway revivals of Talk Radio and Desire Under the Elms, Appropriate (Signature), Samuel D. Hunter’s The Few (Old Globe and Rattlestick), Opus (Primary Stages), The Morini Strad (Primary Stages), Horsedreams (Rattlestick), Diary of a Teenage Girl(New Georges/3LD), John Proctor in The Crucible (Hartford Stage), Good People (Huntington), Starbuck in The Rainmaker (Arena Stage), Eric Bogosian’sHumpty Dumpty (McCarter), Tooth of Crime and Book of Days (Signature). TV: Damages (recurring), The Good Wife, Elementary, Person Of Interest, Third Watch, Johnny Zero, FX, The Heart She Holler (series regular), and The Blacklist. Film: One For the Money, Man On A Ledge, A Walk In The Park, The Operator, Follow Me Outside, Room314, Love God, Particles of Truth, and other indies.

BRIAN BUTTERICK (panelist) (AKA Hattie Hathaway) is a New York born performer, writer, producer and personality working in Downtown art, theatre, film and nightlife for over thirty years. He currently sits on the Executive Board of the HOWL! Festival.  In 2006, he made his Broadway debut in The Roundabout Theatre’s production The Threepenny Opera.  In the 1990’s, Butterick co-produced the famed New York Meat Market Tuesday-night-only boite, Jackie 60, and still co-produces Night Of a Thousand Stevies, the world-famous annual tribute to Stevie Nicks, now in its 25th year, From 1991-95, he produced, directed and acted in the underground theatrical ensemble, BlackLips. In the 1980’s,. Butterick co-founded The Pyramid Club, a venue that melded the performing arts with music and drag. From 1985-89, he co-founded and produced Wigstock, later immortalized in the Goldwyn film of the same name. and composed and performed with the post-punk band, 3 Teens Kill 4.  Hattie has also performed, written and produced a variety of theatrical pieces in venues such as La Mama ETC and PS 122,  as and appeared in works by Penny Arcade, John Kelly, Richard Move, Kestutis Nakas, and the late Ethyl Eichelberger. He is currently at work on several literary projects: a memoir of his life with the late artist David Wojnarowicz, and, with co-author Kestutis Nakas, a history of the 1980’s seminal nightclub, The Pyramid.

KEVIN MALONEY (panelist) is the founder and artistic director of TWEED THEATERWORKS, a non-profit producing organization that has been in existence for over 30 years.  TWEED has grown from tiny late night shows in East Village nightclubs to full scale productions at premier Manhattan venues.  For two decades TWEED has produced some of the most innovative and unusual performance art, musical, experimental and progressive theater in New York , including works by John Kelly, Bill Russell, Lisa Kron, Mark Dendy, Len Jenkins, Jeffrey Jones, Peter Askin, Peggy Shaw, Lola Pashalinski, John (Lypsinka) Epperson and Jackie Hoffman, among others. Kevin has worked as a director, producer and writer in venues nationally and internationally.  He met Edgar Oliver at The Pyramid Club in the mid eighties when he produced in DIAL M FOR MODEL, Edgar’s musical theater debut! He later produced some of Edgar’s early plays in The TWEED NEW WORKS FESTIVALS, and cast him in several TWEED FRACTURED CLASSICKS SERIES productions and THE TWEED MUSIC SERIES concerts.

ANGELA ROGERS (panelist & performer)is a musician, poet, performer, and outsider artist who has been working with Edgar for the past 20 years. Michael Laurence introduced them a week after he himself met Edgar and Helen.  Since that meeting, Angela has worked with Edgar in numerous plays, cabarets and musical projects. In addition to events at LaMama like Hands in Wartime, which was scored by Angela and Eddy Jo  Martinez, both she and Edgar were both members of ” the Gloaming,” a cabaret of cruelty curated by Jason Bauer in his theatre Under St. Marks.  They also performed together at the Kraine Theatre in Vincent Lamberti’s Countess Dracula: A Godless Woman,” and in a Grand Guignol theatre company called “The Vigil Group.”

Edgar was gracious enough to perform with Angela in various rock bands, such as Lone Vein and the Ash Negative Research Cabaret.  They also sang a haunting Southern Gothic rendition of “Ode to Billy Joe” together during many of the evenings hosted by Steve Paul.  Angela and Edgar have been performing “The Haunted Swimming Pool” together since a long-ago “Edgar Oliver” KGB evening.  They have also made many studio recordings.  Angela adores Edgar and is delighted to be a part of this event.

SARAH MOSKOWITZ (performer) performs at various venues around New York City. She has been seen acting in the raucous, prohibition-era show Speakeasy Dollhouse and playing with the band Amerigo Mackeral and the Octave Doktors. She also makes up the Sarah half of the duo “Sami & Sarah.” She likes to sing, and her instruments of choice include ukulele, banjolele, harmonium, typewriter and kazoo.  She resides in Brooklyn with her daughter and her cat. www.soundcloud.com/sarahmouse,  www.soundcloud.com/samisarah