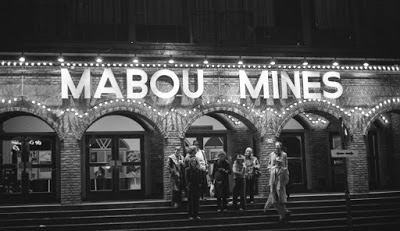 MABOU MINES is an artist-driven experimental collective, generating original works and re-imagined adaptations of classics through multi-disciplinary, technologically inventive collaborations among its members and a wide world of contemporary composers, writers, musicians, choreographers, puppeteers, visual artists and filmmakers. For more than forty years, the company’s seventy-five productions have toured to more than 1000 venues worldwide. Our work is shown annually at NYC venues including La Mama E.T.C., St. Ann’s Warehouse, The New Victory Theater, and P.S.122. And we continue to tour nationally and internationally, most recently to The National Theater of Norway, The Kennedy Center (Washington, D.C.), Arts Emerson (Boston, MA), and the Comédie-Française in Paris. Among many achievements, the company has won close to 100 major awards, among them 20 OBIEs (including General Excellence & Sustained Achievement) as well as the Zeisler Award (TCG), a MacArthur “Genius” Award, The Edwin Booth Award, Chevalier Des Artes et Lettres (France), two Golden Herald Angel Awards, Foundation for Contemporary Arts Fellowship, Elliot Norton Award, and three USA Fellowships.

JESSICA BRATER, PhD is an Assistant Dean and the Theater Program Director at the University of New Haven, where she teaches courses in contemporary performance, theater history, and directing. Her book, Ruth Maleczech at Mabou Mines: Woman’s Work, is forthcoming from Methuen Drama in February 2016. Her work on Mabou Mines will also appear in Women, Collective Creation, and Devising andContemporary Approaches to Adaptation, both forthcoming from Palgrave Macmillan. Other writing has appeared in publications includingTheatre Journal, the Journal of Beckett Studies, and Samuel Beckett Today/Aujourd’hui. Brater is also the founding Artistic Director of Polybe + Seats and is currently working with the company in residency at the LaGuardia Performing Arts Center to develop Sarah Badiyah Sakaan’s new play, The Art of Hijab, Kohl Black, and the Right Way to Pray, which explores feminism and Islam.

LEE BREUER –FOUNDING ARTISTIC DIRECTOR is one of this centuries most innovative stage directors, as well as an poet, lyricist, film maker, playwright, and occasionally, teacher. Lee’s productions include The Animations (Red Horse and B. Beaver), The Gospel at Colonus, Mabou Mines DollHouse, Peter and Wendy, The Lost Ones,Hajj, Sister Suzie Cinema, Epidog, Ecco Porco, Porco Morto, Prelude to Death in Veince, Mabou Mines Lear, Un tramway nommé Désir (commissioned by the Comédie Française), and most recently the first part of his trilogy La Divina Caricatura: Part I which premiered at The Ellen Stewart Theater at La MaMa. Films: Mabou Mines DollHouse. Forthcoming: The Book of Clarence and La Divina. His books include, Sister Suzie Cinema and the forthcoming, Getting Off (with Steven Nunns and Sharon Levy). Honors include a Chevalier of Arts and Letters, MacArthur, Harvard/Radcliffe Bunting, Ford/USArtists, Guggenheim, Rockefeller, McKnight, MacDowell, Camargo, three Fulbright, two Asian Cultural Counsel fellowships, and a Japan American Friendship Commission. Nominations include Pulitzer, Tony, Emmy, and Grammy Awards. He has directed thirteen OBIE Award-winning performances, including the only OBIE ever awarded to a puppet.  Lee has received OBIE Awards for Playwriting, Directing, Production, and Distinguished Achievement; as well as the Kennedy Center Fund for Best Original American Play, and The Edinburgh Herald Archangel Award for sustained achievement.

SHARON FOGARTY – CO-ARTISTIC DIRECTOR and PRODUCER has been a Co-Artistic Director of Mabou Mines since 1999. Sharon wrote and directed Cara Lucia, Lucia’s Chapters of Coming forth by Day and directed Finn, an original stage work with music written by Phil Cunningham and text by Jocelyn Clarke. She is currently developing an adaptation of Faust Part II by Goethe with Matthew Maguire, Jim Clayburgh, Daniel Moses Schrier and Marsha Ginsberg. The project has been developed at The Orchard Project, Barnard College/Columbia University’s Theatre Program, and New York Theater Workshop. Sharon has produced many of Mabou Mines’ productions over the past twenty years, including tours to Russia, South Korea, and Brazil. Sharon was nominated for the CalArts/Alpert Award and awarded grants from the Irish Institute, The NEA, NYSCA and Culture Ireland. Sharon’s teaching credits include her current position, Lecturer of Acting/Directing at Barnard College/Columbia University, NYU’s Experimental Theater Wing, and workshops at SITI Company, Voice & Vision at Bard College; Rivendell in Chicago; at The Abbey Theater in Dublin, Ireland; Wexford Arts Council; ACT NOW in Vienna, Austria. She has been a theater panelist for NYSCA, NEA/TCG Directors Fellowship Program, Massachusetts Cultural Council, and New York City DCA.

GREG MEHRTEN was invited by Lee Breuer to work with Mabou Mines in 1975. His first performance with the company was The Saint and the Football Players, followed by The Shaggy Dog Animation, A Prelude to Death in Venice, Dead End Kids, Wrong Guys, Cold Harbor, and many others. He won an OBIE Award for his performance in MABOU MINES LEAR and also wrote two plays for the company: Pretty Boy (1984) and It’s A Man’s World (1986). He was a Member and co-Artistic Director of Mabou Mines from 1980 to 1991 (OBIE Award for Sustained Achievement, 1984) and is currently an Associate Member of The Wooster Group.

MAUDE MITCHELL is an actor, dramaturge and teacher. She graduated from Oberlin College and attended The Neighborhood Playhouse – studying with the great acting teacher and theoretician, Sanford Meisner. She has lent a Meisner oriented approach to workshops conducted in America, Europe and Asia and was a recipient of a US – Russia Bilateral Presidential Commission to be the first western acting teacher at the Far Eastern Acting Academy in Vladivostok. Maude’s dramaturgy credits include, Un tramway nommé désir (for The Comédie-Française), Mabou Mines DollHouse, and The Laramie Project.
Maude is best known for playing Nora in, and co-adapting Mabou Mines DollHouse with Lee Breuer. She performed Nora in Mabou Mines DollHouse to critical acclaim in thirty cities on five continents, and for her performance Maude was awarded a Village Voice OBIE, Drama League Nomination, Backstage West Garland and an Elliot Norton award. Maude has been invited often to speak on Ibsen in performance including at the International Ibsen Conference in Oslo, Norway, The Edinburgh Festival, and the Festival Iberoamericano in Bogotá, Colombia.

CHRISTIANNA NELSON is a New York City based actor and graduate of the Yale School of Drama, where she was awarded the Hershel Williams Prize for outstanding acting ability. Christianna has performed in numerous plays and devised works in New York City, regionally and internationally. She played Shakespeare’s daughter in the Off-Broadway premiere of The Last Will by Robert Brustein, directed by and starring Austin Pendleton. The production also traveled to the inaugural Wuzhen Theatre Festival in China in 2013. She worked with Clove Galilee, Jenny Rogers and the late Ruth Maleczech on her last piece, Imagining the Imaginary Invalid. The play, a joint production of Mabou Mines and Tricksaddle starring Marylouise Burke, premiered at LaMaMa in the Ellen Stewart Theatre in January 2016. Christianna also collaborated with Tricksaddle on Wickets, a devised piece based on Fefu and her Friends, set on an airplane in the 1970’s.

CLOVE GALILEE is a Co-artistic director of the theater company Trick Saddle. A graduate of Brown University, her choreography has been presented in New York at PS122, the Public Theater, The Performing Garage, the Flea Theater, MoMA PS1, the Skirball Center, HERE Arts Center, and St. Ann’s Warehouse. She has been an artist-in-residence at U.C. Santa Cruz, BARD College: Voice and Vision, and HERE Art Center. Clove has been the recipient of a TCG New Generations Fellowship & a Princess Grace Foundation-USA Fellowship Her company, with collaborator Jenny Rogers, developed and produced Trick Saddle, a site-specific dance piece at a Drive-In in Pennsylvania & at PS122. Clove produced, co-directed and choreographed an adaptation of Maria Irene Fornes’ Fefu and Her Friends entitled WICKETS, which was presented at 3-Legged Dog, NYC. In 2010, New York Theater Ballet commissioned Clove to choreograph a new ballet, Duties and Affections, inspired by James Joyce’s The Dead, which premiered at Florence Gould Hall. In addition, she choreographed The Libation Bearers at the Patras Festival in Athens, Greece. Most recently Clove choreographed Perfect Surf, a dance film performed in the largest wind tunnel in the world.

JENNY ROGERS is an accomplished director & designer in the theater. Her theatrical work on WICKETS was nominated for a GLAAD Media Award for direction for Outstanding New York Theater in 2010 and a Henry Hewes Award for Set Design in 2009. Ms. Rogers has received numerous grants for her theatrical works including grants from the Greenwall Foundation, the Jerome Foundation, the New York State Council for the Arts and the Pennsylvania Council for the Arts. She has been a theatrical artist-in-residence at UC Santa Cruz, Bard College, HERE Center for the Arts & Mabou Mines Suite / RAP Program in New York City. Jenny has shown her theatrical pieces in New York City at 3LD, PS 122, Raw Space Studios, Dixon Place, Mabou Mines’ TORONADA Theater, and HERE Arts Center. Her theater pieces have also been shown internationally, most notably at the Rio Cena Contemporanea Festival in Rio de Janeiro, Brazil. Ms. Rogers grew up in Nebraska, completely landlocked except for the waves of the grass along the prairie. She currently splits her time rollercoasting between LA and San Francisco. She holds a BA in Visual Art and Semiotics from Brown University and an MFA from Penn State.