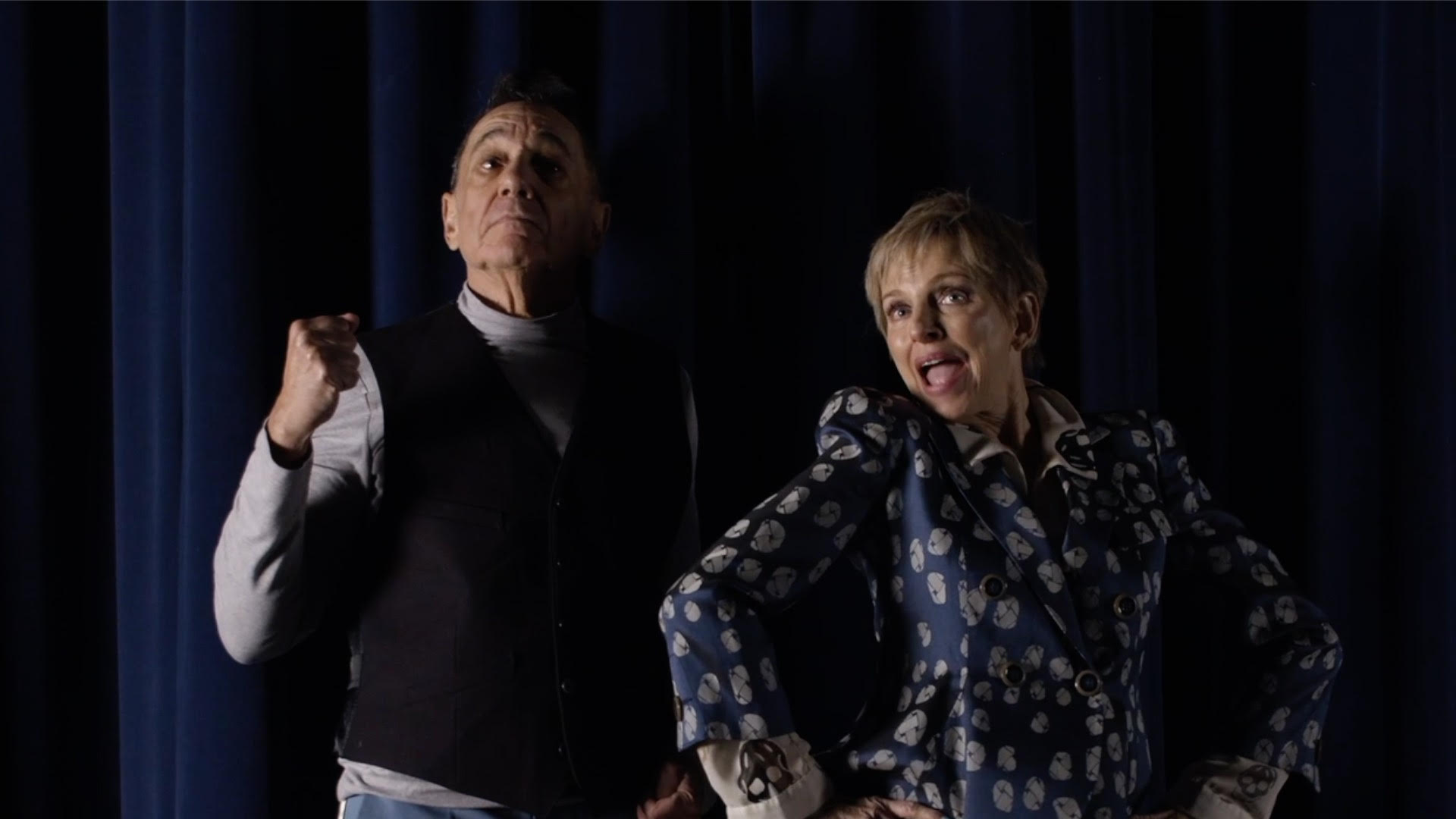 This is a free online happening.

Two ancient vaudevillians are forced to keep performing FOREVER, driven by outside forces and their own egos….

Tonight we visit the creators/performers/prisoners of ClubDada:   ELLEN FOLEY & ROBERT I RUBINSKY!   With over 300 years of professional experiencebetween them, including Ellen’s turn as “Stop Right There” on the gazillion-selling ‘Paradise By the Dashboard Light’, and Robert’s original cast turn in ‘Hair’, and ‘Jesus Christ Superstar’ -they returned to LaMama in March 2020 to set their sights on the world of the surreal.  Little did they know how surreal it would get…

Written by Robert I Rubinsky

Voice of the Universe: Jonathan Freeman