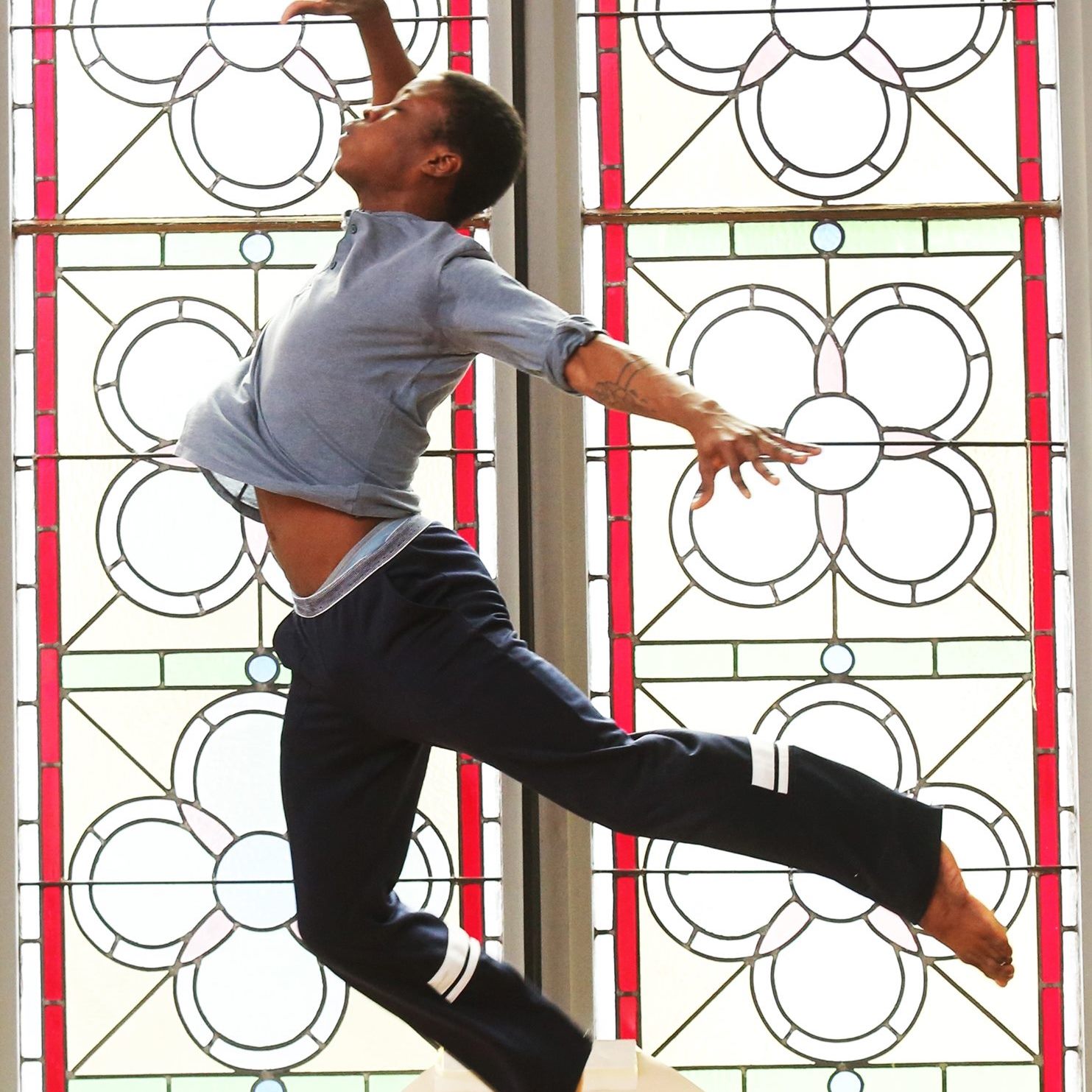 Friday–Saturday at 8:30PM
Sunday at 4PM

Two and three-show packages are available

John Scott returns to La MaMa with his newest work Cloud Study. Called “powerful and mesmerizing” (The Arts Review), the work uses the idea of clouds as a traveling, dreamy mass that floats above everything, witnessing, dissolving, and carrying storms. Two compelling dancers: Mufutau Yusuf (who performed in Scott’s Fall and Recover at La MaMa), an Irish dancer born in Nigeria and Taryn Griggs, are running to somewhere or from something, speaking English and Yorùbá, communicating with their bodies, hand signs, and dance.

John Scott is a Dublin born choreographer, dancer, and singer. His company, Irish Modern Dance Theatre, has been performing his work and works by guest choreographers including Kyle Abraham, Adrienne Truscott, Sara Rudner, Seán Curran, John Jasperse, and Merce Cunningham since 1991. He is one of the subjects of Sadlers Wells’ 52 Portraits for Jonathan Burrows. He founded Dancer from the Dance Festival of Irish Choreography in New York and Dublin in 2019. He has performed in Meredith Monk’s Quarry and for Yoshiko Chuma, Sarah Rudner, Thomas Lehmen, Adrienne Truscott, and Anna Sokolow, and performs in Oona Doherty’s Hard To Be Soft. Scott is a member of the Irish Artists body, Aosdána. He is delighted to be back at La MaMa.

Nigeria-born Irish performer Mufutau Yusuf had his introduction to contemporary dance at the age of 16 with Dublin Youth Dance Company, and made his professional debut two years later with the Irish Modern Dance Theatre in Fall and Recover, the first of many works he would perform with the company. He subsequently enrolled in a four-year undergraduate program at Salzburg Experimental Academy of Dance, and since graduating in 2016, Yusuf has worked as a freelancer with various choreographers and companies as well as developed his own artistic works for both stage and film. He is currently based between Ireland and Brussels, where he works with Belgian choreographer Wim Vandekeybus/Ultima Vez.

Cloud Study was commissioned by Galway International Arts Festival.
John Scott Dance is funded by the Arts Council of Ireland and Culture Ireland.