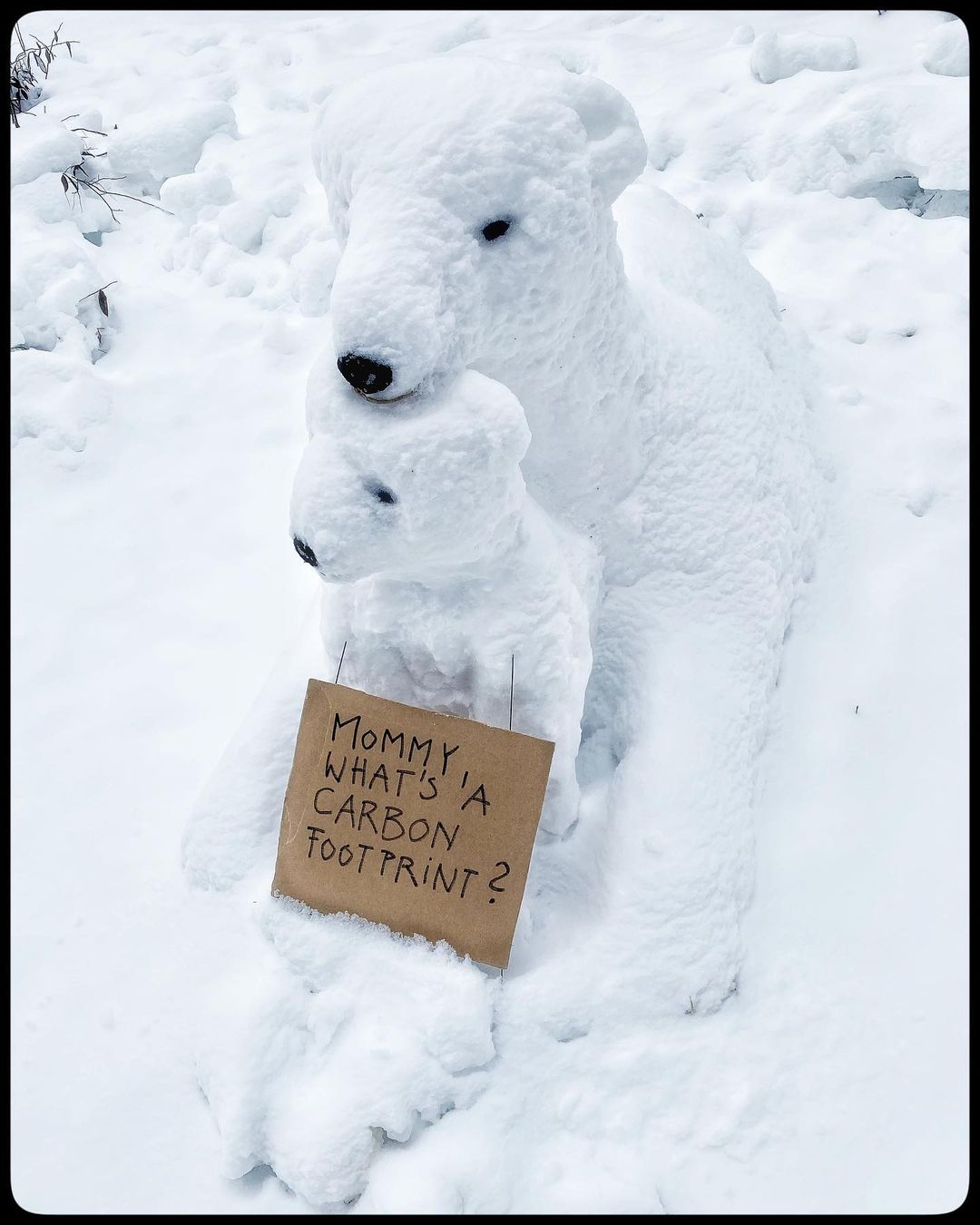 To learn more and help fight climate change please check out the following:

David Attenborough: A life on our planet

New York-based German artist Heide Hatry taught art for 15 years while simultaneously conducting an international business as an antiquarian bookseller, before she moved to the US in 2003. She is best known for her body-related performances and her work employing detritus, animal parts, and cremated remains. She has curated numerous exhibitions, has shown her work at museums and galleries around the world, has edited many books and art catalogues, has produced lots of unique artist's books (treating texts of writers and exploring her own writing,) and had 4 books published about her work: Skin, Heads and Tales, Not a Rose, and Icons in Ash.

Robert Brashear is a singer-songwriter and consultant in urban ministry living in Harlem.  He has been an ordained minister for 45 years and has done consulting in Europe and South America. He has released two eps of original music and performed in venues and festivals across the US, Copenhagen, Berlin, Dublin, and throughout Central America. He is a member of the Peoples Music Network and currently engaged with an international just migration work group. His greatest joys are his three boys and two grandchildren and creative collaboration with other artists. He co-founded the Center at West Park for the transformation of individuals and society.

John S. Hall is a poet/spoken word artist, musician (if ukulele counts) and singer-songwriter. He has released numerous albums of varying quality and popularity, including nine albums with various incarnations of his band King Missile.  John has appeared on Def Poetry Jam (HBO), The United States of Poetry (PBS) and Beavis and Butthead (MTV). He has performed in Europe, New Zealand, Canada, and all over the United States.

He is the author of a collection of poetry (Jesus Was Way Cool) and a self-help parody (Daily Negations), both on Soft Skull Press.

Mike Handelman is an actor, writer, musician and producer. In 2021, he released "The Mystic Sisters Present: Mystery Mansion" to Prime Video, a horror comedy web series which he co-wrote, co-starred, and executive produced. In 2020, his band We Eat Monsters released the political rock EP "Spin." New music is coming soon from his collaboration with acclaimed artist Jennifer Elster. Visit www.mikehandelman.com for updates!

Christine Isherwood is a foul-mouthed Mancunian flower who seemingly lives in several states and countries. She teaches Voice Movement Therapy workshops and trainings internationally and delights in the internal wildernesses becoming manifest via the many faceted vocal selves. She has written and performed in political musicals, toured the UK and Europe with theatre groups and bands, and recorded as a pop singer. She has lectured and taught at some places and would do much more were it not for the fact of being tired. She really wants to swim in the sea this summer.

Jane LeCroy is a NYC based poet, singer, performance artist who fronts the avant-pop band, The Icebergs, and the spontaneous experimental music project, Ω▽Ohmslice. She has toured with the SF based, all women’s poetry troupe, Sister Spit.  She also performs as a featured character at Poetry Brothel NYC.  Her many publications and recordings include Signature Play, published by Three Rooms Press, Eldorado (The Icebergs) and Conduit (Ω▽Ohmslice) both on www.ImaginatorRecords.com and everywhere you stream music. The Icebergs latest record is Ad Vice, available on your favorite streaming platforms. https://album.link/qw0hccffw3450 @janelecroy

‍Stan Schnier is a commercial photographer based in NYC. His work encompasses corporate, tabletop, and location images. Before that, he was a professional musician, playing a variety of instruments in The Incredible String Band. For the past 15 years, he has been a professor of photography at Wagner College on Staten Island. He is a member of the legendary Joshua Light Show, a collaborative group of artists who specialize in the creative use of light sources. He serves as a technical consultant and chronicler of their ongoing commissions, most recently creating a kinetic installation on the facade of the New York Historical Society. After meeting Hatry making her Polar Bears, he decided to document her project.

Anoek van Praag was born in The Netherlands, where she earned her degree in Counseling as well as Massage and earned a Teaching degree in the Performing Arts. She moved to New York City in 1980. Anoek began writing poetry when she was in her teens and has performed regularly in many countries. Anoek reads and writes poetry in several languages and has been published in the Maintenant-series (Three Rooms Press) and other publications.

Linda Weintraub practices art as an author, educator, curator, practitioner, and homesteader. Throughout her career, she has championed the outposts of vanguard experimentation in the arts as they have evolved over the decades. Recently, and for the foreseeable future, the vanguard art form that she is committed to is known as Eco Materialism. Weintraub’s books exploring contemporary art and ecology include WHAT’s NEXT? Eco Materialism & Contemporary Art (2018), To LIFE! Eco Art in Pursuit of a Sustainable Planet (2012), and Avant-Guardians (2007), a series of textlets titled EcoCentric Topics: Pioneering Themes for Eco-Art; Cycle-Logical Art: Recycling Matters for Eco-Art; EnvironMentalities: Twenty-two Approaches to Eco-Art.
‍

Dusty Wright is an edutainment (education + entertainment) content creator based in New York City. He’s been on the forefront of utilizing cutting edge technology for 30+ years. He’s a founder and head of business development for disruptEDgroup.com — an immersive learning and development education platform using AR/VR. He is the owner/co-founder of the smart culture website CultureCatch.com — one of the first websites to produce and post both podcasts and webcasts. As a podcaster, he's interviewed hundreds of celebrities including David Lynch, Gore Vidal, Kevin Bacon, Tilda Swinton, etc. And as critically acclaimed singer/songwriter (DustyWright.com), he’s released eight albums. He loves planet Earth, nature, and meeting strangers.

Samuel Wronoski'spoetry has appeared or is forthcoming in the journals Afterthe Pause,TheBoston Compass,and EunoiaReviewamong others. His poem TheReviews Are Inhas been nominated for Sundress Press's Bestof the Netanthology, and his work will be featured in the forthcoming anthologyFourteenInternational Younger Poetsfrom Art and Letters Press, which will be released this June. Whennot writing poetry, he is working towards his PhD in theoreticalcomputer science and applied mathematics at the CUNY Graduate Center.