To Catch A Terrorist 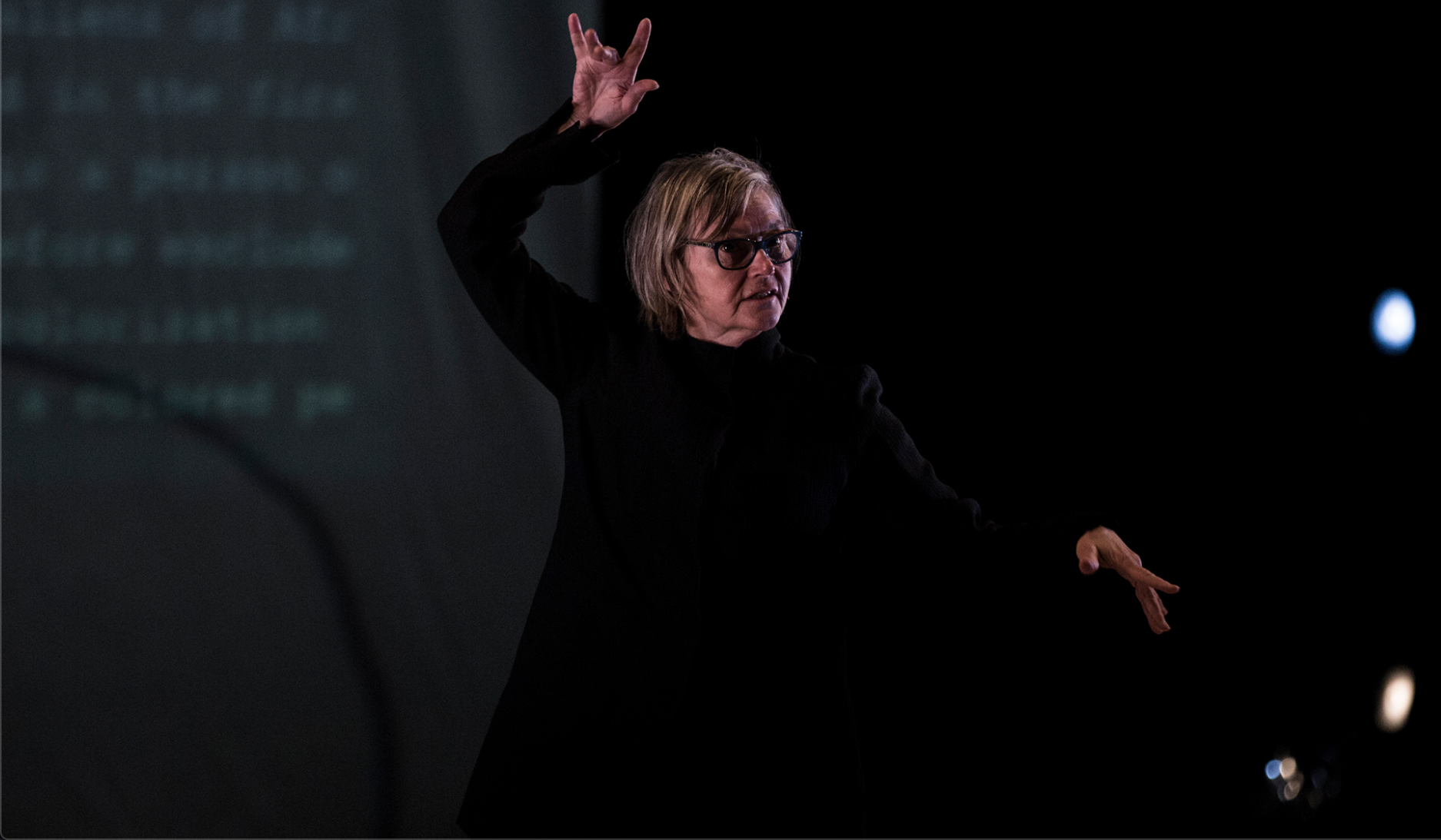 Saturday at 7PM; Sunday at 4PM

​To Catch A Terrorist is a cryptic work that looks at the formation of disciplined bodies, borders and the instrumentalist usage of fear as a sovereign act. Through data analysis, exorcist dances, demographic research, court hearing documents, visa applications, and disappearing traditional choreographies — this new work enmeshes science, history, performance and law.

A new Choreopera; utilizing different movement writing techniques, a sound archive, and space making strategies to create an ominous score that wonders whose lives (and therefore intangible heritage) matter. At the crux of the piece -technically- is the question of what choreography is, as the company’s artists engaged with notions of choreo-policing and city making, both from the perspectives of urban studies and dance studies.

Production of Adham Hafez Company/ HaRaKa Platform, with the support of Kuchar&C

Choreographer, composer and performer, Adham Hafez studied contemporary dance at the Cairo Opera House before he moved to Amsterdam for his MA in Choreography, at the Amsterdam Theatre School, where he studied under Susan Rethorst, Benoit Lachambre, Cher Doruff among others. With a second MA in political science from SciencePo (Paris), Hafez’s work tilts towards studying what political art is at times of catastrophic change, having studied with Bruno Latour the impact of the human on nature; physically, artistically and politically. Awarded for his work as a choreographer, composer and cultural entrepreneur, Adham Hafez is currently a PhD candidate at New York University, revisiting his 15 years long research on Arab performance history. Adham Hafez publishes in Arabic and English on Arab art history and performance theory. He is the program director of HaRaKa, the first movement and performance research platform in Egypt. He is also the curator for the “TransDance” festival series and the founder of “Cairography”, the first publication in Egypt dedicated to critical writing on choreography and performance.

Egypt’s first movement and performance studies and research platform, through which they led publications, festivals, and educational programs. Fifteen years after the company’s establishment, the artists gather their core questions and accumulated aesthetic strategies to reflect on neocolonialism, planetary crisis and war economies. www.adhamhafez.co www.harakaplatform.com

BWW Interview: Adham Hafez of TO CATCH A TERRORIST at Ellen Stewart Theatre For The La MaMa Moves Festival

Join us after the Sunday, May 13th performance for a post-show talk back with NYU’s Professor Karen Shimakawa

Karen Shimakawa is an associate professor and academic associate dean at New York University. Her research and teaching focus on critical race theory, law and performance and Asian American performance. Karen is the author of National Abjection: The Asian American Body Onstage (2003) and co-editor of Orientations: Mapping Studies in the Asian Diaspora (2001).  She is currently researching a project on the political and ethical performativity of discomfort.