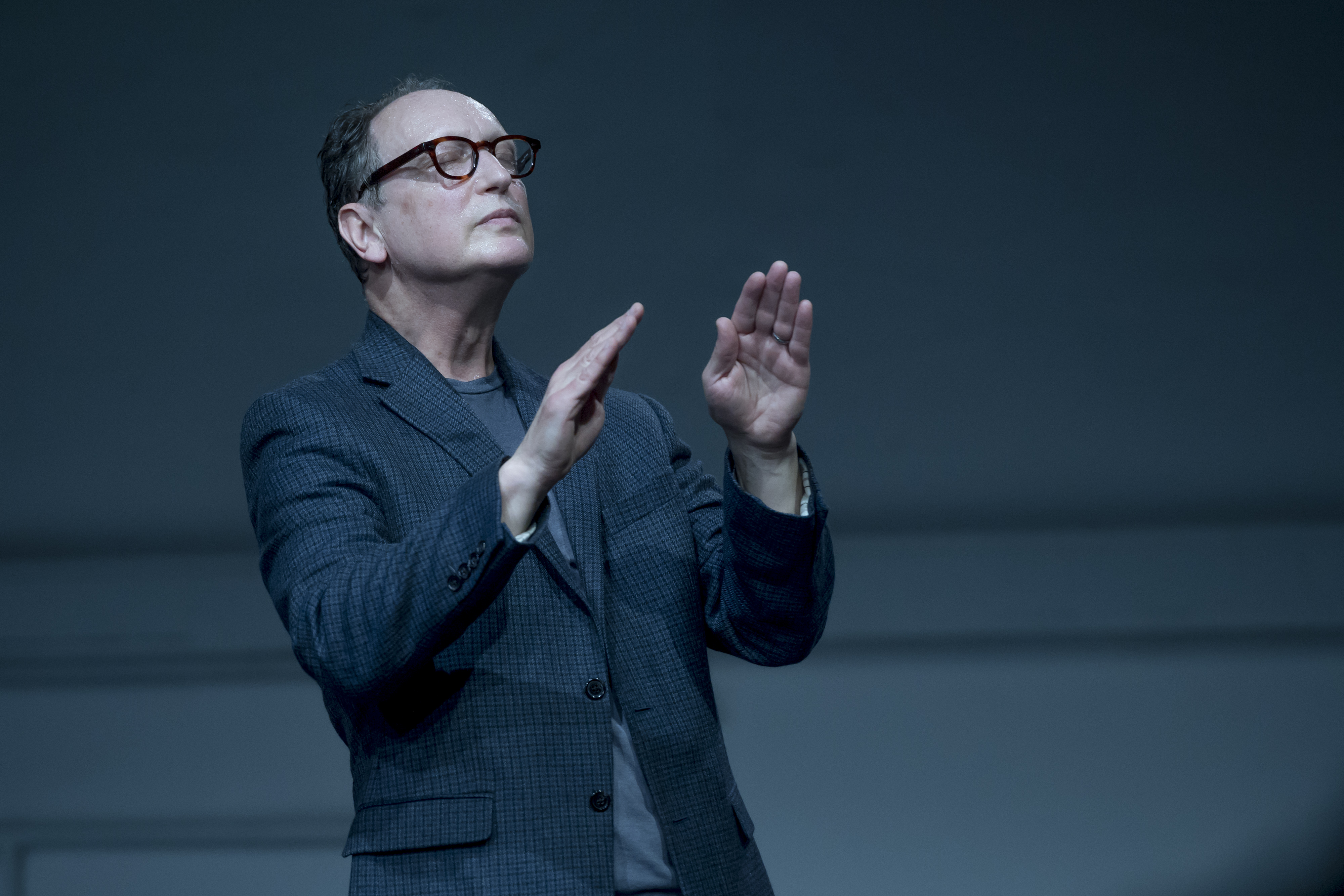 “One of my favorite pieces ever...it becomes no longer a rarified Cage piece but is transformed into something accessible to everyone.”

*For SOLD OUT performances, waiting list begins at the box office at 7PM on the night of the show.

In Cage Shuffle Marathon, Paul Lazar will perform all ninety one-minute stories in John Cage’s classic text, Indeterminacy. In an avalanche of words and dances, Paul Lazar speaks the entirety of the text while simultaneously dancing 90 minutes of complex choreography, heightening the audience’s perceptual experience through this durational marathon. The piece will include on-stage visits from guest performers from the downtown art-making community, and with these beloved guests, Lazar celebrates the kinship of current artists to one of their most joyful, playful and adventurous forebears, John Cage. 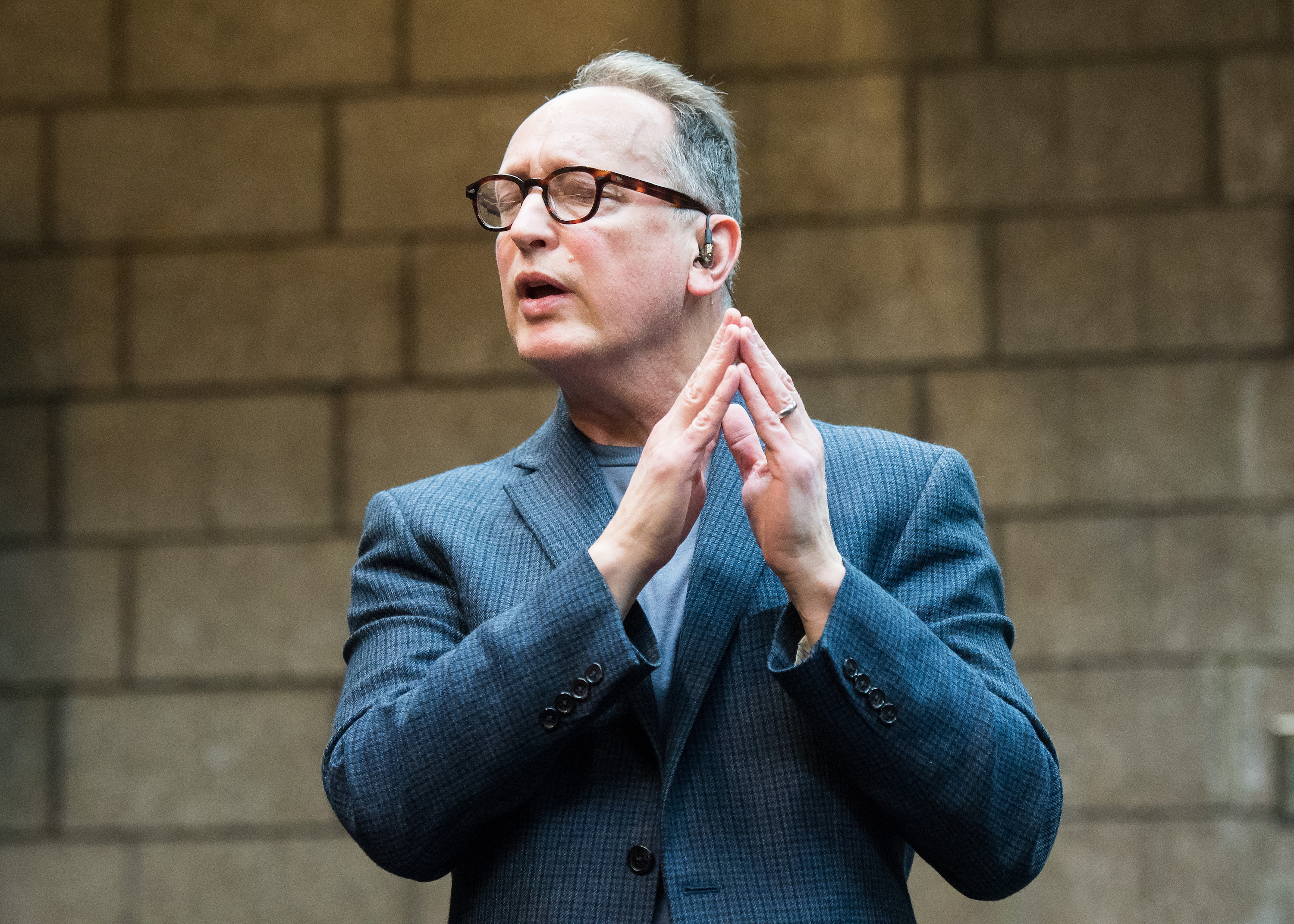 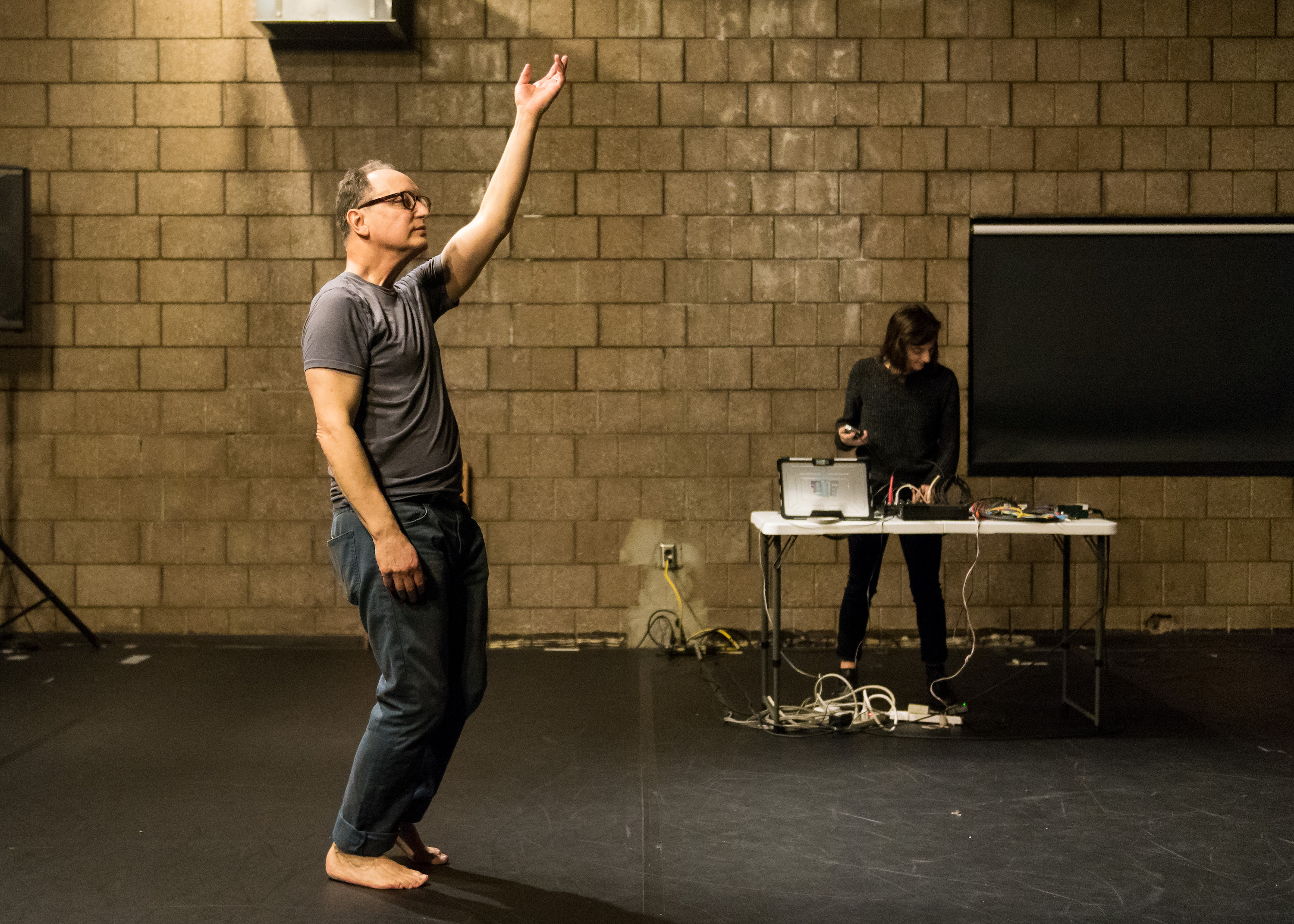 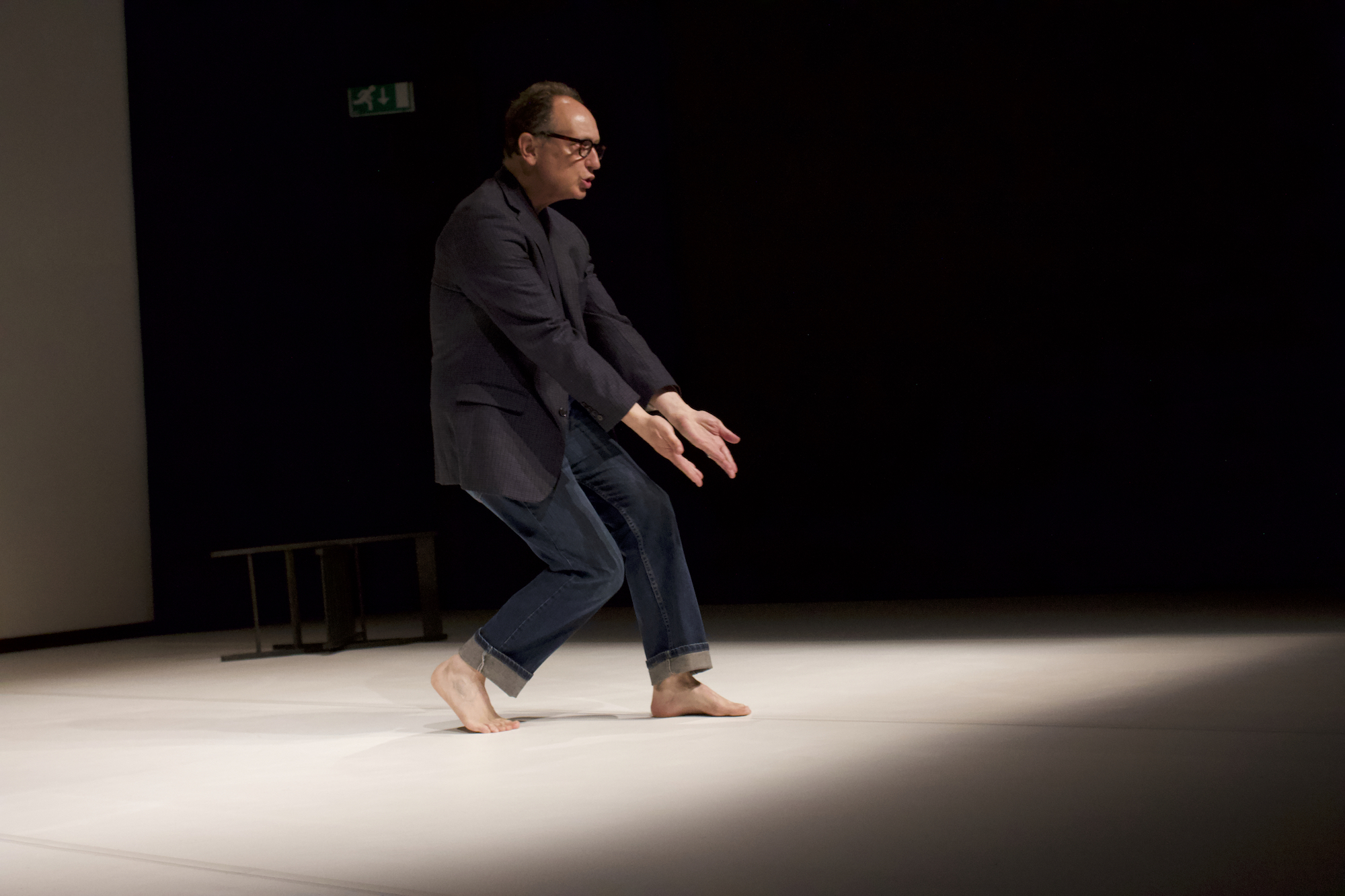 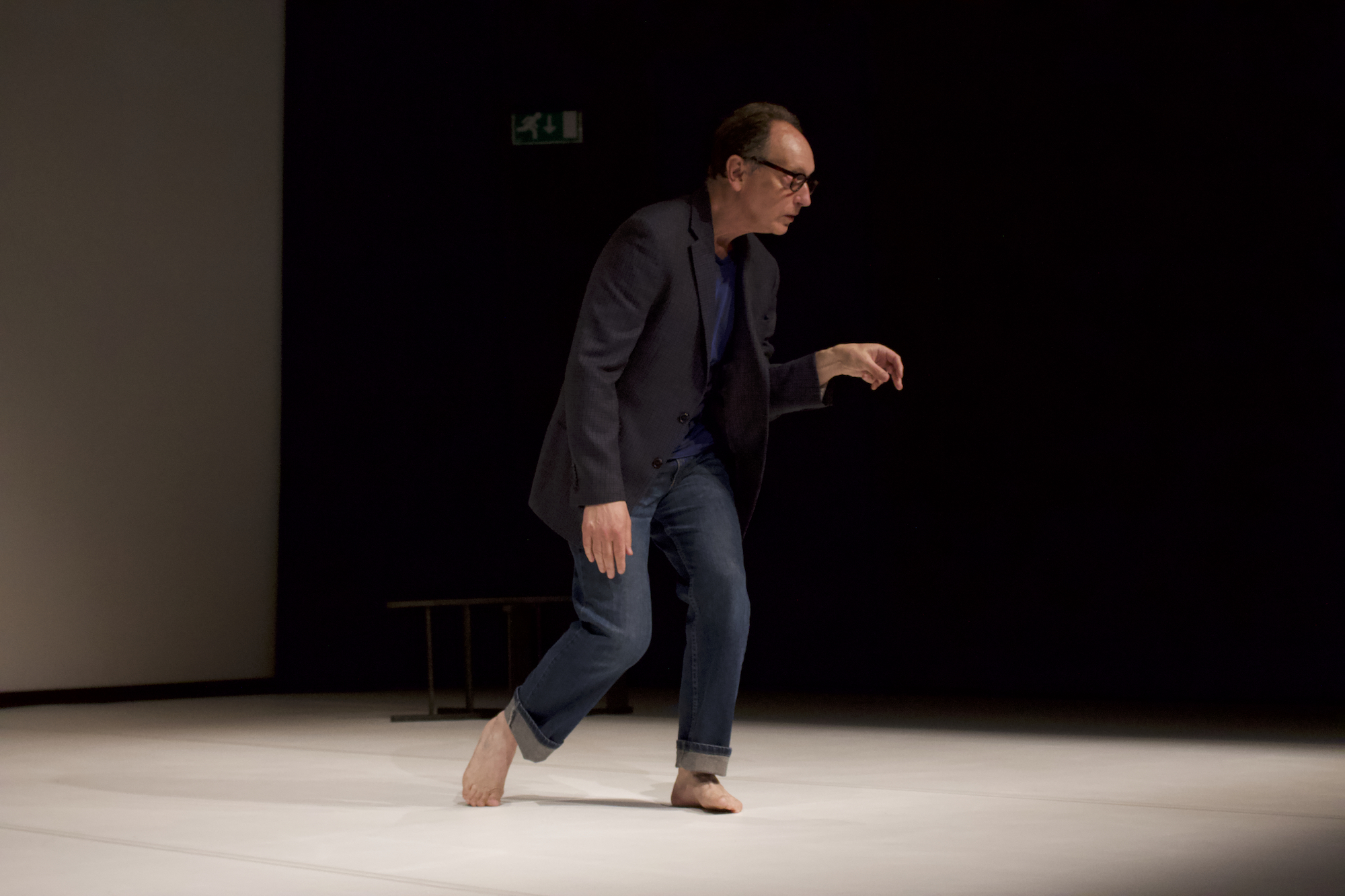 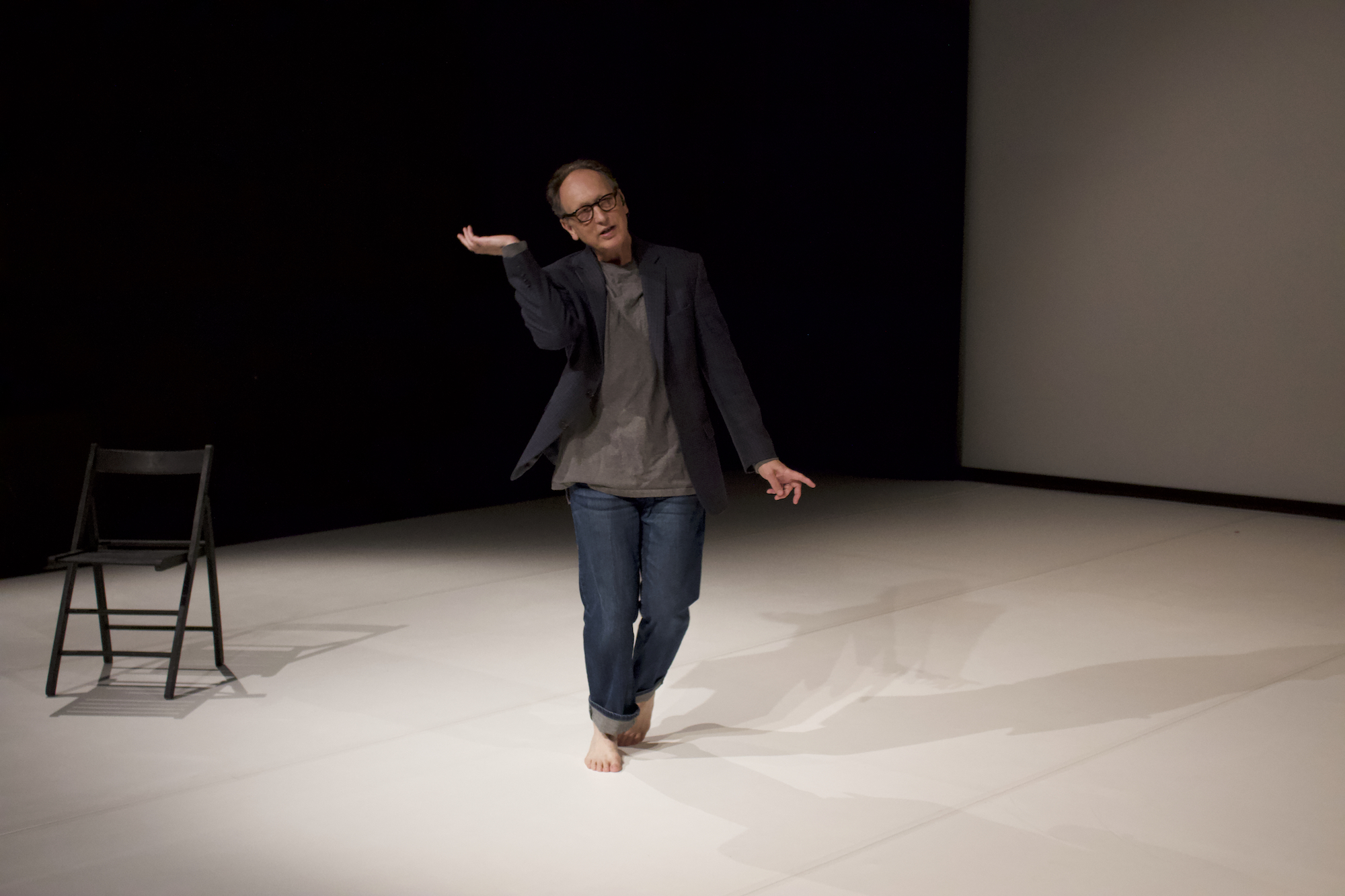 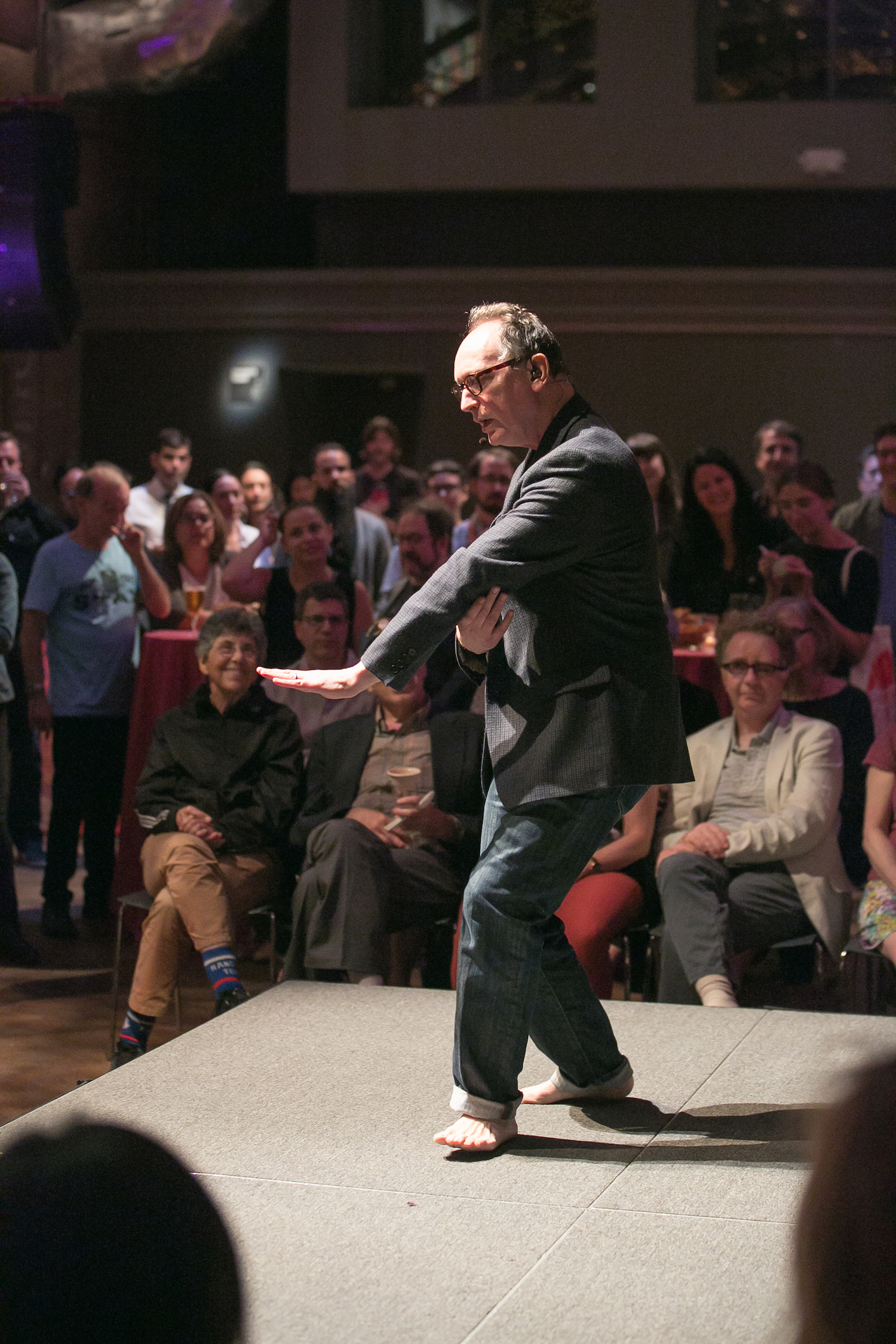 Paul Lazar is a founding member, along with Annie-B Parson and Molly Hickok, of Big Dance Theater. since 2017, Paul has toured various iterations of Cage Shuffle—most notable a duet version with the masterful Bebe Miller commissioned by the Wexner Arts Center. Lazar has co-directed and acted in works for Big Dance since 1991, including commissions from the Brooklyn Academy of Music, the Walker Art Center, Dance Theater Workshop, Classic Stage Company and Japan Society. Outside of Big Dance, Paul directed Christina Masciotti’s Social Security at the Bushwick Starr (2015), Elephant Room at St. Ann’s Warehouse for the company Rainpan 43 (2012), and Young Jean Lee’s Obie Award winning, We’re Gonna Die (2011). He directed a new version of We’re Gonna Die in 2015, featuring David Byrne, at the Meltdown Festival in London. He also directed Bodycast: An Artist Lecture by Suzanne Bocanegra starring Frances McDormand for BAM Next Wave Festival (2014); and Major Bang for The Foundry Theatre at St. Ann’s Warehouse. Paul has performed with The Wooster Group, acting in Brace Up!, Emperor Jones, North Atlantic and The Hairy Ape. His awards include two Bessies (2010, 2002), the Jacob’s Pillow Creativity Award (2007), and the Prelude Festival’s Frankie Award in 2014, as well an Obie Award for Big Dance in 2000. Paul currently teaches at New York University. He taught in the Theatre, Dance and Media Department at Harvard University (Spring 2018). He has also taught at Yale, Rutgers, Barnard, The William Esper Studio and The Michael Howard Studio.