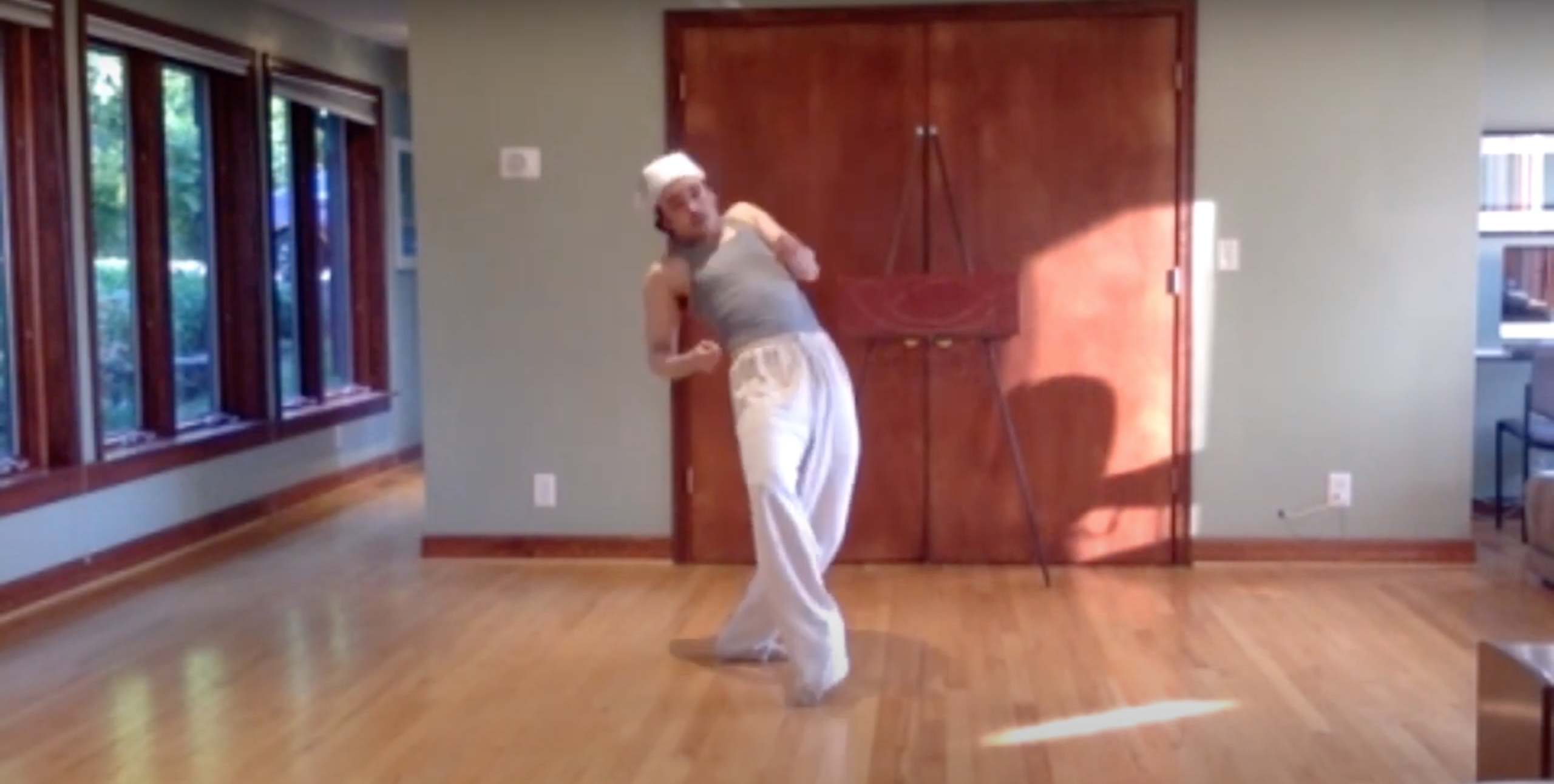 Weekly live performances that experiment with form.  Responding to calls for social isolation, Café La MaMa Live brings La MaMa's 1960s café aesthetic to a virtual platform that links performers and audiences in real time across distance. Guest curators each week give artists a digital platform to share their work with the world.

Marc de la Cruz is currently a member of the Broadway cast of Hamilton where he plays James Reynolds/Philip Schuyler and understudies Hamilton, Burr, Laurens/Philip and King George. He was also a swing in the original cast of If/Then. Off-Broadway credits include Jason in Ordinary Days with Keen Company, Pacific Overtures with Classic Stage Company and Three Days to See with Transport Group. He also toured with If/Then and Disney’s High School Musical. Regional work includes Quang in Vietgone at Studio Theater and Dan in Next to Normal with Tantrum Theater. He was also part of the world premiere cast of Where Elephants Weep in Phnom Penh, Cambodia, penned by Catherine Filloux. Based in New York for over a decade he was born on the Big Island of Hawai’i and raised in Seattle.

Hawaii born and raised Raven O has a career spanning over 40 years, films include Flawless,Slaves of New York , Vacation in hell (TV ) Ab-Fab as well as commercials and music video work. To say Raven O is a New York icon is an understatement, as one of the stars of the famous venue BarD’O Raven O has also been part of many of the most influential clubs and trends in NY night life and culture as a entertainer, director, choreographer and in music.

Olivia Oguma began her career as a baby- modeling and doing many commercials. At age six she started appearing on Sesame Street and at age seven she made her Broadway debut. She was the first Asian American to play Young Cosette in Les Miz and only the second Asian person to be in Les Miz after Lea Salonga. Olivia was in 62 national commercials, on the cover of a Literature Works third grade textbook and on a life cereal box all before the age of ten. As an adult she continued  to work on Broadway in shows like Mamma Mia and on television with large recurring roles on Instinct (CBS) and Odd Mom Out (Bravo). She makes jewelry for her Etsy store Kanojo Jewelry etc and is an avid traveler who has solo backpacked through 29 countries in the past 2 years.

Kate Siahaan-Rigg is a mixed race multicultural multilingual multi disciplinary artist. She is a graduate of the University of Melbourne and The Juilliard School where she won awards for interdisciplinary performance. As an actor she has been seen at New York Theater Workshop, MTC, Playwrights Horizons and more. Her semi-solo American Asian shows “Kate’s Chink-O-Rama: featuring the Chinkorama Dancers” and “Birth of a nASIAN” have played internationally and been invited to the Smithsonian Institute, the Comedy Central Theater and featured on PBS and LOGO. “Happy Lucky Golden Tofu Panda Dragon Good Time Fun Fun Show” and her newest mashup of Comedy Music Spoken word “Zombie Asian Moms” both premiered at La Mama ETC. She is ready to curate some of the best, most ecelctic talent in New York City for Café La MaMa.

Queer Filipino performing artist, Jacob Thoman is an established dancer and aspiring model based in New York City who has been an Artistic Associate with Gibney Company since fall of 2019. Coming into his own skin throughout the years of training, grooving, and performance, he has been playing and experimenting on the challenges of the truthful and empathetic voice through his creative practice. As a native of Cincinnati, Ohio he had trained and performed with Exhale Dance Tribe under the direction of Missy Lay Zimmer and Andrew Hubbard with additional training at Cincinnati Ballet. He has performed works and been in the creative process with choreographers such as Crystal Pite, Alessandro Cerrudo, Mark Morris, and Roy Assaf, among others throughout his training at the Juilliard School, graduating in the class of 19’. Post departure from Juilliard, he worked with choreographer Akram Khan at the Shed before joining Gibney Company. In his creative journey he continues to carve his experience and thoughts through his body.

Kristina Wong was an internationally presented performance artist, writer and elected representative of Koreatown Los Angeles.  Before the lockdown, she was set to embark on a now postponed tour of “Kristina Wong for Public Office”– a campaign/ solo show about her road to election.  Now she runs the “Auntie Sewing Squad” a group of mostly WOC volunteers who are sewing face masks because the Federal Government failed to prepare essential workers and first responders with proper PPE.  She now spends her time pricing out elastic and 100% cotton fabric while writing “Kristina Wong, Sweatshop Overlord,” a new show about going from out of work artist to overlord of a volunteer factory of remote workers in ten days.  www.kristinawong.com