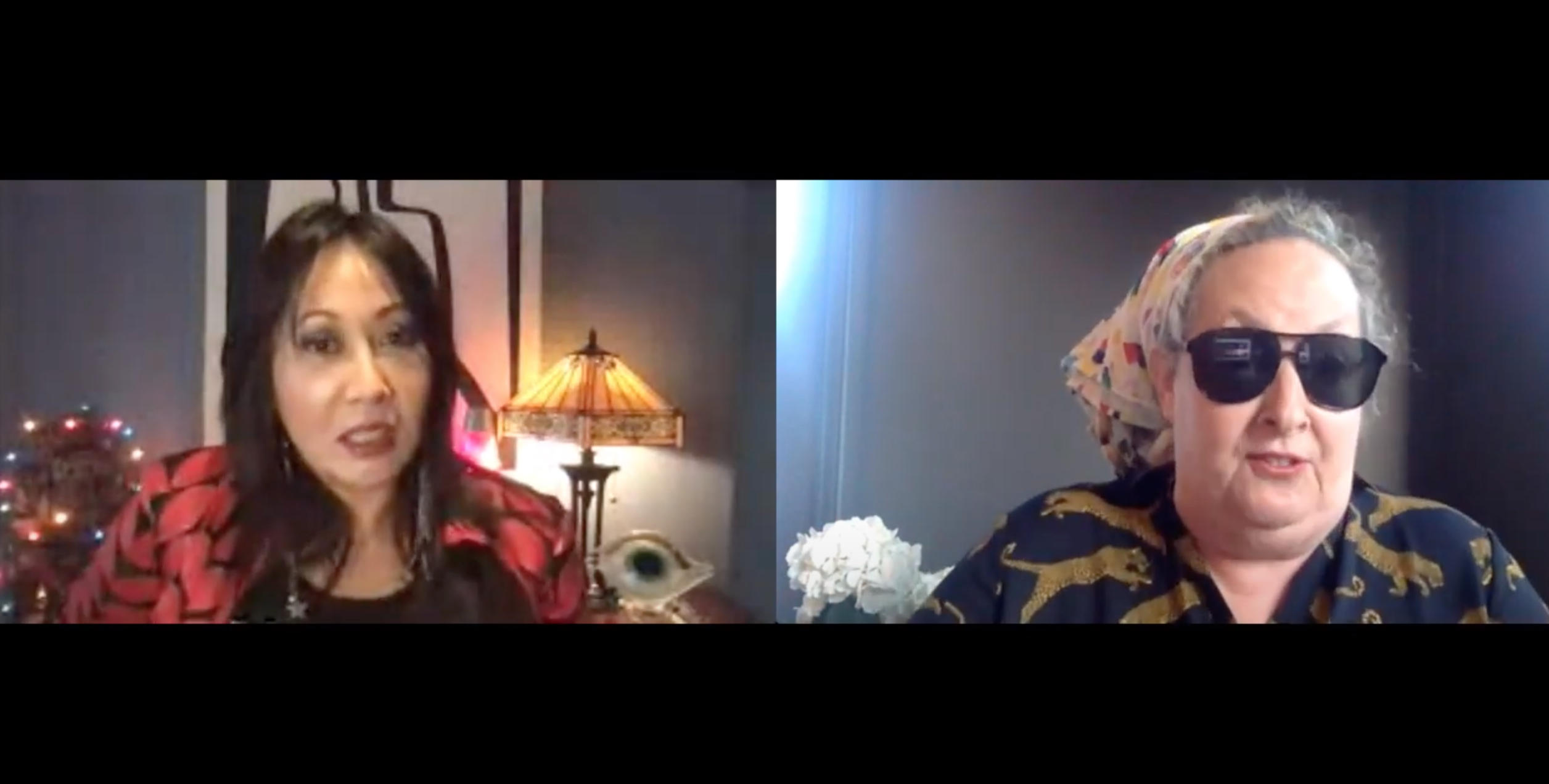 Weekly live performances that experiment with form.  Responding to calls for social isolation, Café La MaMa Live brings La MaMa's 1960s café aesthetic to a virtual platform that links performers and audiences in real time across distance. Guest curators each week give artists a digital platform to share their work with the world.

Bridget Barkan, a born and raised New Yorker, Performing Artist, Writer, Actress, Songwriter, Musician, Producer and Playwright has been in the biz since birth. Her first job was posing as baby Jesus for decorative wall plates, big shoes to fill and some would say she peaked too soon but she has spent her life working in creative projects that honor the teachings of loving thy neighbor. From childhood until now; she has kept the fire burning, as a professional actress appearing on Sesame Street, commercials, and in various Manhattan Theatre Club productions including “The Good times are Killing me” at Ford’s theatre, Elizabeth Swados’ “The Prince and The Pauper, and “Blur,” elsewhere she was in the original cast of “Dog Sees God,” and “Spring Awakening.” Film and TV productions, HBO’s “Everyday People,” a reoccurring role as one legged hooker Lisa Everly on “Law & Order: SVU, ” “Sherrybaby” with Maggie Gylenhaal, “God’s Pocket” with Philip Seymour Hoffman, Brian DePalma’s “Redacted,” Steven Soderbergh’s “The Knick, ” the voice of Misty Holloway on “The Get Down,” as well as, “Blue Bloods,” “Blindspot,” “The Last O.G.” “Marvelous Mrs. Maisel” and ”FBI.” As a singer she toured the world with pop glam band Scissor Sisters and is the art daughter of Drag legend Joey Arias. As a multi-hyphenate she created one woman shows as an Artist in Residence in Joe’s Pub working group. She has been said to be the offspring of John Waters and Cindy Sherman raised by the ghost of Janis Joplin. Using her humor, depth character building and musical chameleon skin to push buttons, motivate conversation and promote healing.  Currently, she is Mistress of Ceremonies at the burlesque club Duane Park and a teaching artist leading songwriting workshops with incarcerated youth through Carnegie Hall. Through all of her endeavors she believes her greatest purpose is to create healing and love in the community through music and storytelling.

Brian Dykstra is an actor a playwright and a Def Poet from HBO’s Def Comedy Jam.

Kate Siahaan-Rigg is a mixed race multicultural multilingual multi disciplinary artist.She is a graduate of the University of Melbourne and The Juilliard School where she won awards for interdisciplinary performance. As an actor she has been seen at New York Theater Workshop, MTC, Playwrights Horizons and more. Her semi-solo American Asian shows “Kate’s Chink-O-Rama: featuring the Chinkorama Dancers” and “Birth of a nASIAN” have played internationally and been invited to the Smithsonian Institute, the Comedy Central Theater and featured on PBS and LOGO. “Happy Lucky Golden Tofu Panda Dragon Good Time Fun Fun Show” and her newest mashup of Comedy Music Spoken word “Zombie Asian Moms” both premiered at La Mama ETC. She is ready to curate some of the best, most ecelctic talent in New York City for Café La Mama.

Tammy Faye Starlite is a legendary performer from New York City. Known for her amazing one person shows and ability to channel rock goddesses she is a darling of the down town scene.

Amy Ziff is the co-founder of the iconoclastic legendary feminist band BETTY. She is also a composer and librettist living and working in New York City.