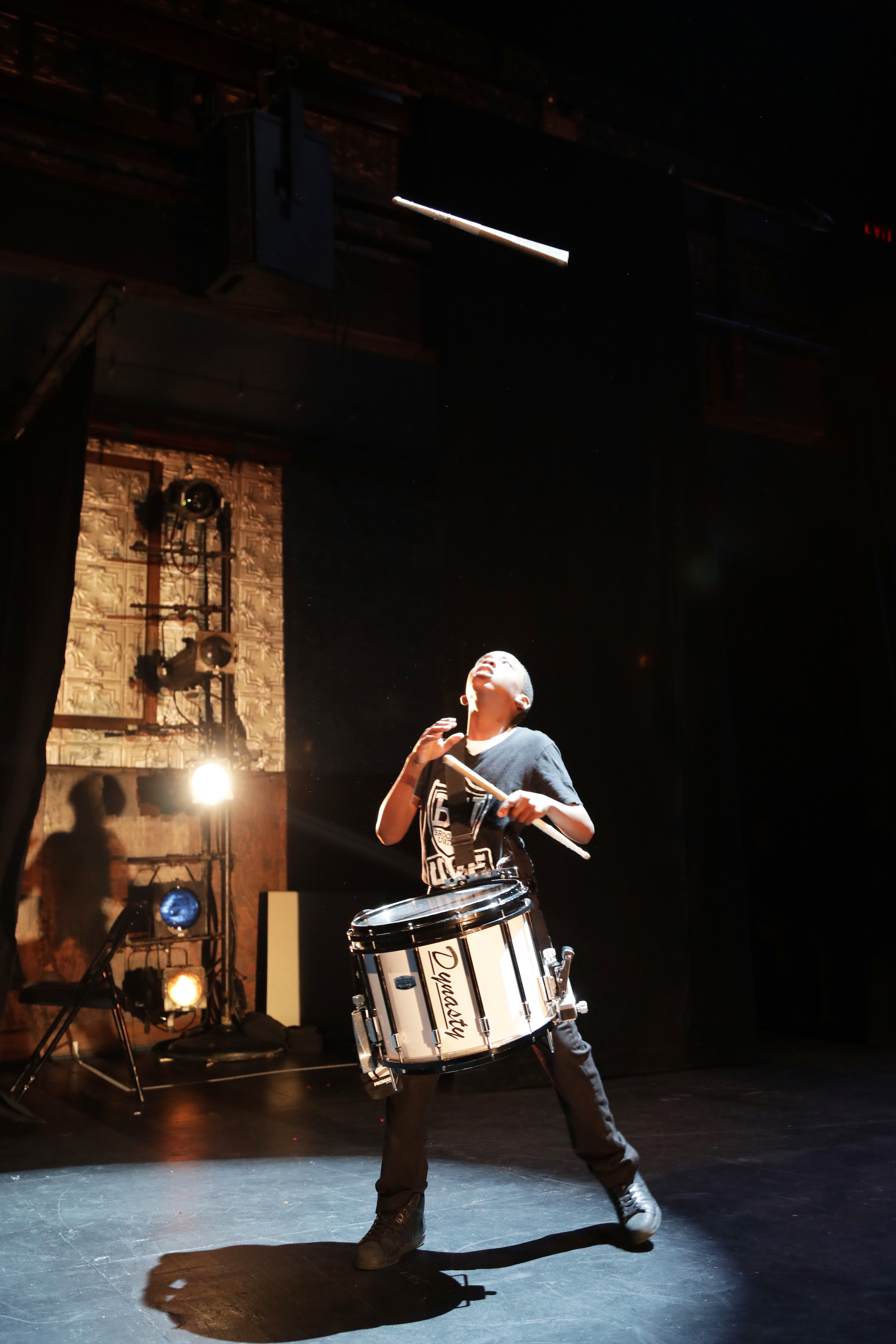 A high-octane, one-of-a-kind drum and dance corps comprised of 33 Brooklyn public school youngsters ages 5 to 17 —  Brooklyn United weaves together live drumming and dancing by vibrant, talented, inspiring and disciplined young people. In the aftermath of a recent protest, a young man [Hayes Andrews] goes on a lively adventure of drumming and dancing to discover what happens to the dreams of victims of senseless violence. Defined as “more than an after-school program,” Brooklyn United has performed extensively for the Brooklyn Nets, on television in Showtime, at theApollo with host Steve Harvey, Celebrate Brooklyn, on The Tonight Show with Jay Leno, Last Week Tonight with John Oliver, and alongside David Byrne at Carnegie Hall’s Talking Heads tribute concert!