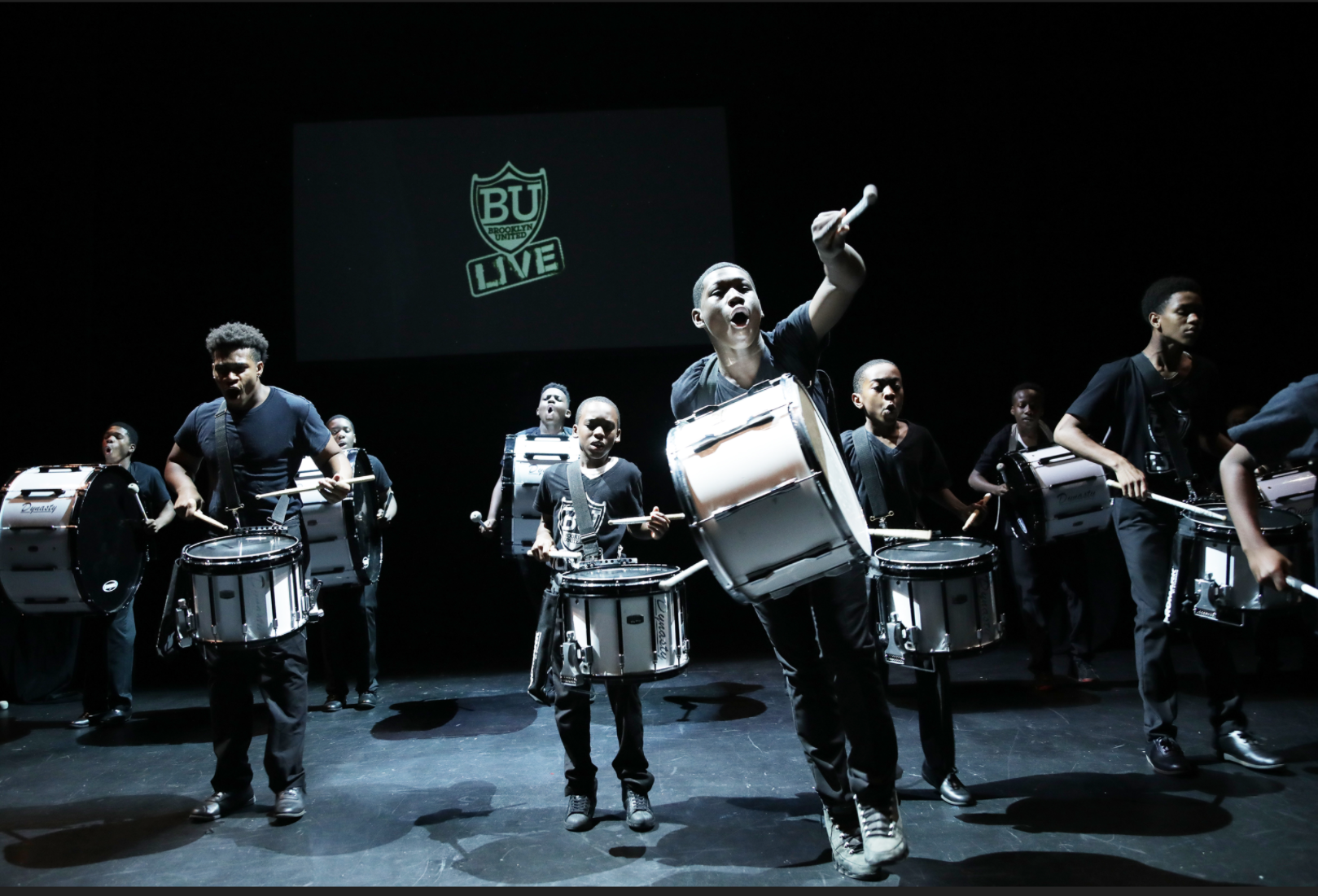 A high-octane, one-of-a-kind drum and dance corps comprised of 33 Brooklyn public school youngsters ages 5 to 17 — Brooklyn United Live weaves together live drumming and dancing by these vibrant, talented, inspiring and disciplined young people with documentary footage that begins with the Brooklyn United troupe preparing to take the stage of the legendary Apollo Theater for the first time! Defined as “more than an after-school program,” Brooklyn United has performed extensively for the Brooklyn Nets, on television in Showtime at the Apollo with host Steve Harvey, Celebrate Brooklyn, The Tonight Show with Jay Leno, Last Week Tonight with John Oliver, The Music of David Byrne & the Talking Heads at Carnegie Hall!

Its an amazing piece of Art that will engage the audience into the lives of Brooklyn United Members, the rigorous schedule, the long hours of practice, the endless days of performances all balanced out with School, family, and life. This production will leave the audience inspired to join our village, yes, you too can be a member of the BU village, you don’t have to play an instrument or be a parent, your love, support, prayers can become vital to the growth and survival and ultimately the success of the BU Village, ladies and gentlemen, Brooklyn United Live!

“I am still walking on sunshine after Brooklyn Unite Live! rejuvenated all of the cells in my body. I feel like I am ten years younger and that I’m the love child of Tony Robbins and Beyoncé – I am beyond motivated and feel like I can conquer the world. If you want to permanently turn your life dial to 100% pure positivity you have to experience these 33 Brooklyn youngsters whose drum and dance corps originality will blow out all of the cobwebs growing on your bucket list.” – Jacquelyn Claire, SteveBiz

“a soul touching experience that is sure to inspire, as well as entertain. LOVED IT!” – Mommy Factor