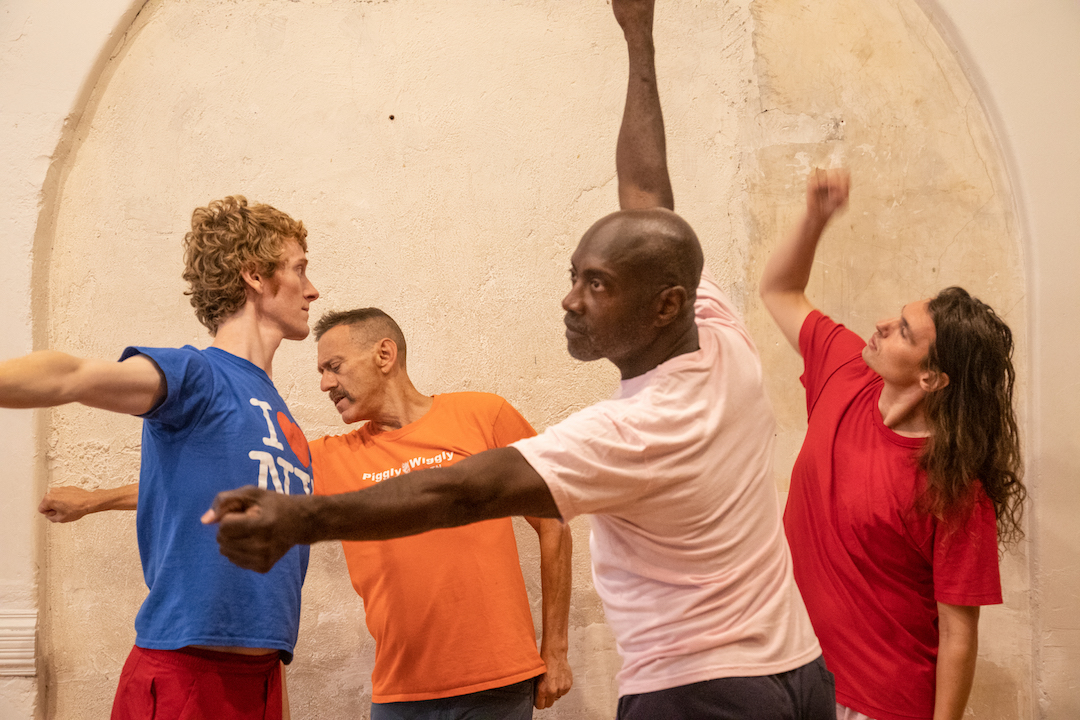 A proper noun; a subject that does and performs; a new dance exploring the phenomenon of performance itself.  Betsy is a new work by Neil Greenberg, made in collaboration with dancers Paul Hamilton, Opal Ingle and  Owen Prum. The music is a joint creation by composers Zeena Parkins and James Lo, and Michael Stiller is contributing the lighting design.

Betsy is the latest iteration of Greenberg’s ongoing exploration into the construction of meaning-making and meaningfulness, a project he began with his first La Mama production in 1987, MacGuffin or How Meanings Get Lost.  Betsy makes use of projected written text that situates the dance within a two-pandemic landscape of COVID and AIDS, and within the also-ongoing crisis of racism and white supremacy. Betsy seeks to expose the cultural rootedness of any performance material in the conditions of its production. The use of text simultaneously gestures toward the kind of meaning-making encouraged by language while also intervening to allow for other perceptual possibilities. 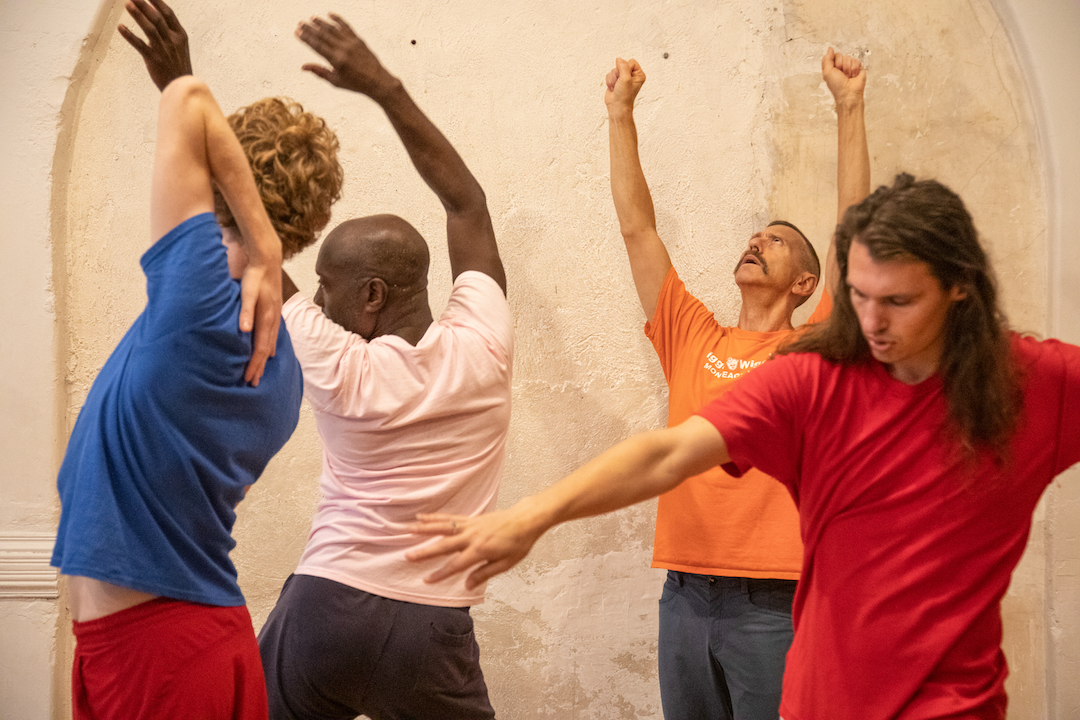 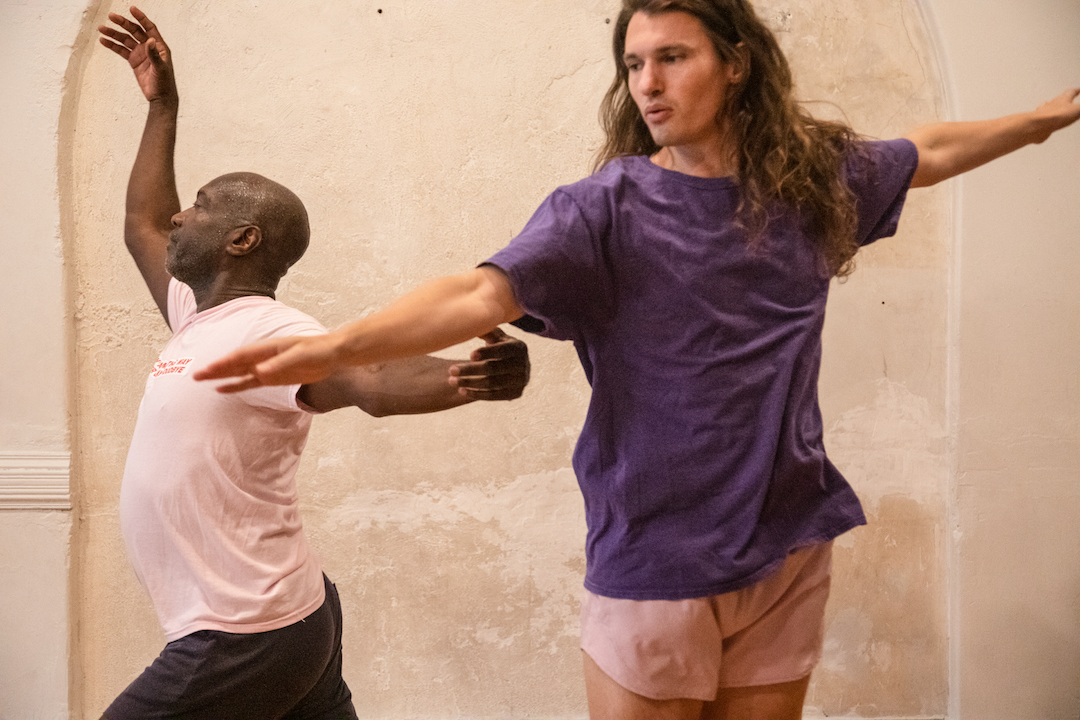 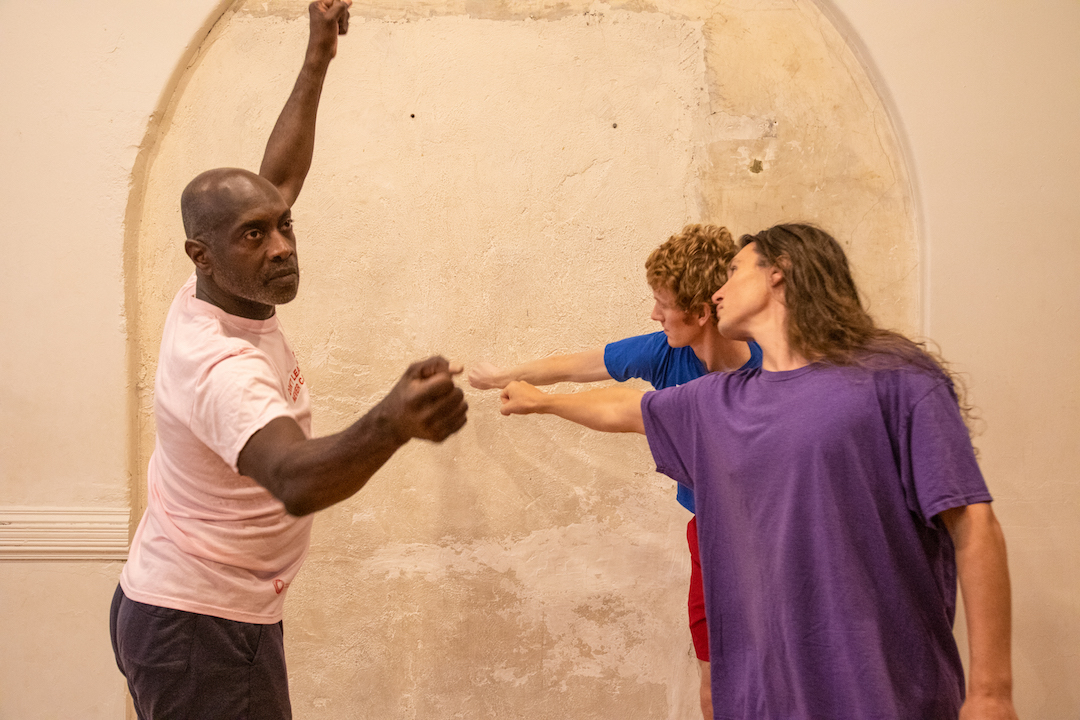 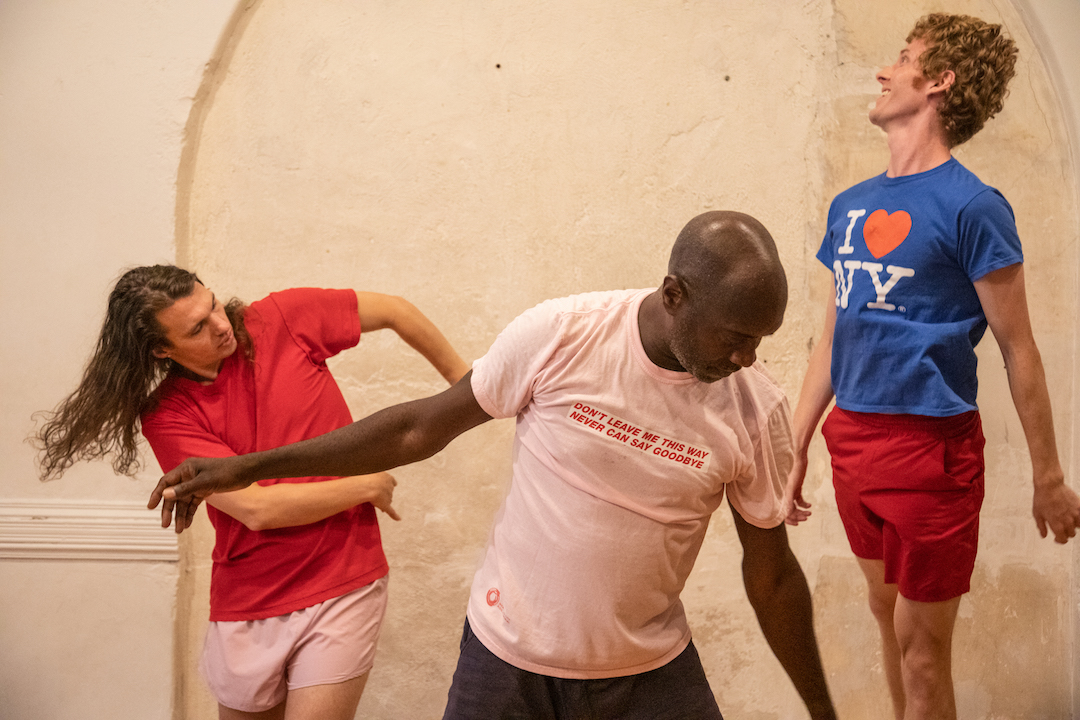 Neil Greenberg (he, him) is a white, queer, HIV+, cisgender man-person perhaps best known for his Not-About-AIDS-Dance (1994), which employs projected text as a layering strategy that gestures toward the impossibility of divorcing any human product from the context in which it is made, while also framing this cultural-situatedness within questions about meaning-making and meaningfulness vis-à-vis dance. Most recent projects: The Disco Project Installation (2021, 2022), 3-channel video recontextualizing that 1995 work for gallery settings, and To the things themselves! (2018), continuing his (utopian) interest in the move away from representation toward an experience of the performance moment in and of itself. Merce Cunningham Dance Company 1979-86; Dance Curator, The Kitchen 1995-99; Dance faculty – The New School (currently), UC Riverside, Purchase College and Sarah Lawrence College (previously).