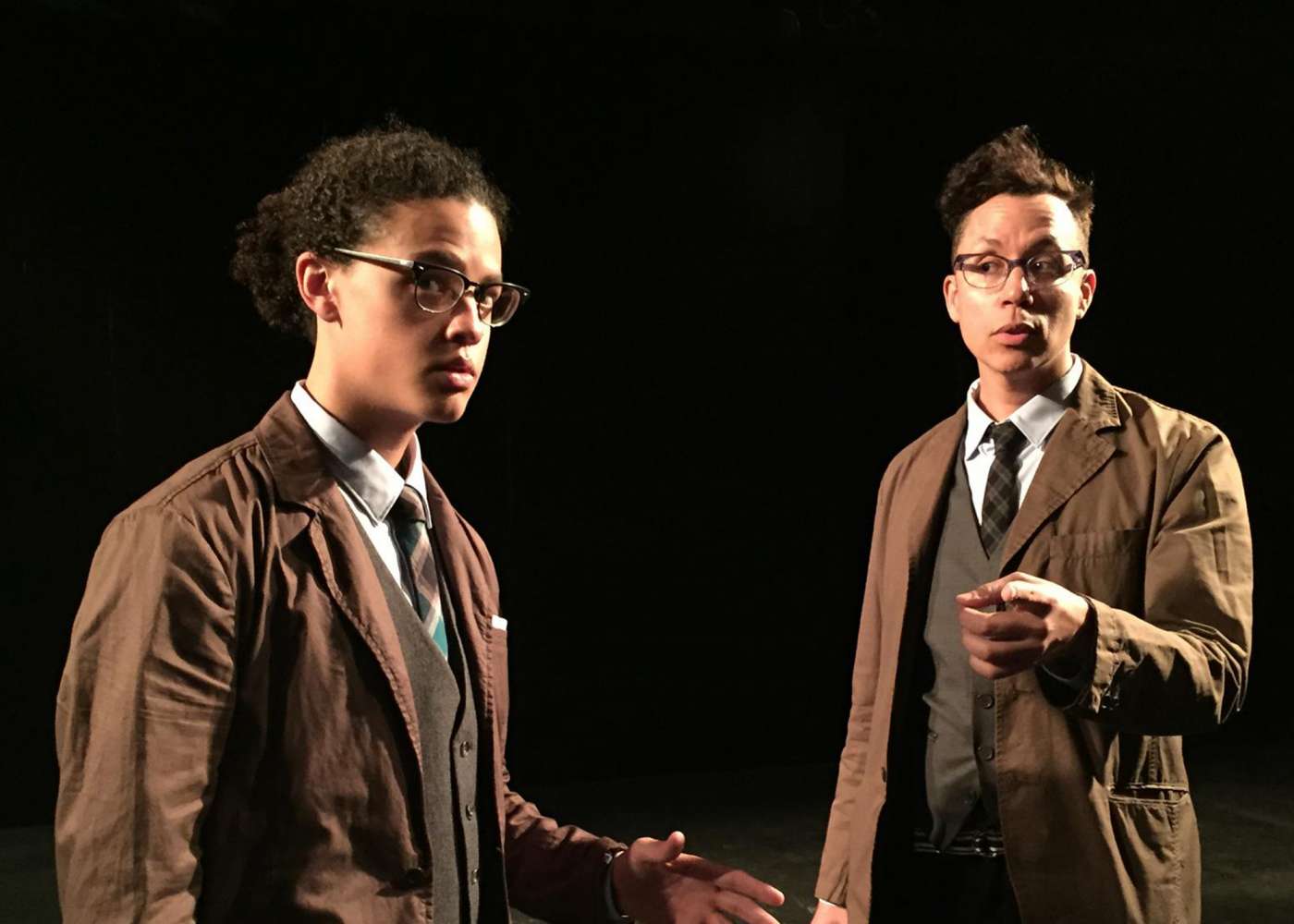 Named by American Theatre Magazine one of fifteen artists whose work would “change American stages for decades to come,” Daniel Alexander Jones is an award-winning interdisciplinary artist. An Integrator’s Manual traces loss and transfiguration resulting from the failures of integration in the USA. Will we be agents of death or of life? Will we weep and moan, or will we rise up?  This work-in-progress presentation is directed by Will Davis and features performer Jacques Gerard Colimon.  Daniel Alexander Jones sounds a ritual of release and a challenge for the future using story, song, and humor and features original live music.

Daniel Alexander Jones is an award-winning interdisciplinary artist. American Theatre Magazine named him one of fifteen artists whose work would “change American stages for decades to come.” He is the recipient of the prestigious Alpert Award in the Arts in Theatre for 2006. His theatre pieces include Phoenix Fabrik, Bel Canto, Earthbirths, Blood:Shock:Boogie and Cab and Lena. Daniel has performed nationally in numerous cities including New York, Minneapolis, Austin, St. Paul, Seattle and Boston and internationally in London, Dublin, Manchester and Leeds. He collaborates regularly with other artists including Walter Kitundu, Grisha Coleman, Helga Davis, Sharon Bridgforth, Erik Ehn and Robbie McCauley. Jones is the recipient of support from The Rockefeller Foundation, The National Endowment for the Arts and TCG, The Creative Capital Foundation, The Howard Foundation and The Jerome Foundation. Daniel is a faculty member with Goddard College’s Master of Fine Arts in Interdisciplinary Arts and has been an Adjunct Faculty member with The Department of Theatre and Dance since 2004. A native of Massachusetts, Daniel splits his time between Austin and New York City.

Will Davis is a director and theater maker focused on physically adventurous new and devised work. Recent projects include Mike Iveson’s Sorry Robot for PS122’s COIL Festival;Bright Now Beyond, a new musical with Daniel Alexander Jones; and two productions ofColossal, written by Andrew Hinderaker, for Mixed Blood Theater and the Olney Theatre Center. Will has developed, directed, and performed his work with New York Theatre Workshop and the 2050 Fellowship, Clubbed Thumb, the New Museum, the Olney Theatre Center, the Alliance Theatre, Brooklyn Arts Exchange (BAX), the Fusebox Festival, Salvage Vanguard Theater, New Harmony Project, the Orchard Project, The Gift Theatre, Red Tape Theatre, Performance Studies International at Stanford University, and the Kennedy Center MFA Playwrights’ Workshop. Will is a current member of the Soho Rep Writer/Director Lab and also dances with The Ballez, a Brooklyn-based queer ballet company. Will holds a BFA in Theatre Studies from DePaul University and an MFA in Directing from UT Austin.

“What we learn from Jomama’s very particular radiance is this: you don’t have to reduce the musical form to a musical just to make it more digestible. If you make a good, less reductive, and more grownup show, the people will come.”

“Daniel breathes commitment and personifies beauty; he practices rigor and creates great art. In short, Daniel Alexander Jones is a shaman–with a deep connection to the ancient mysteries of this world.”