A Scream in the Dark 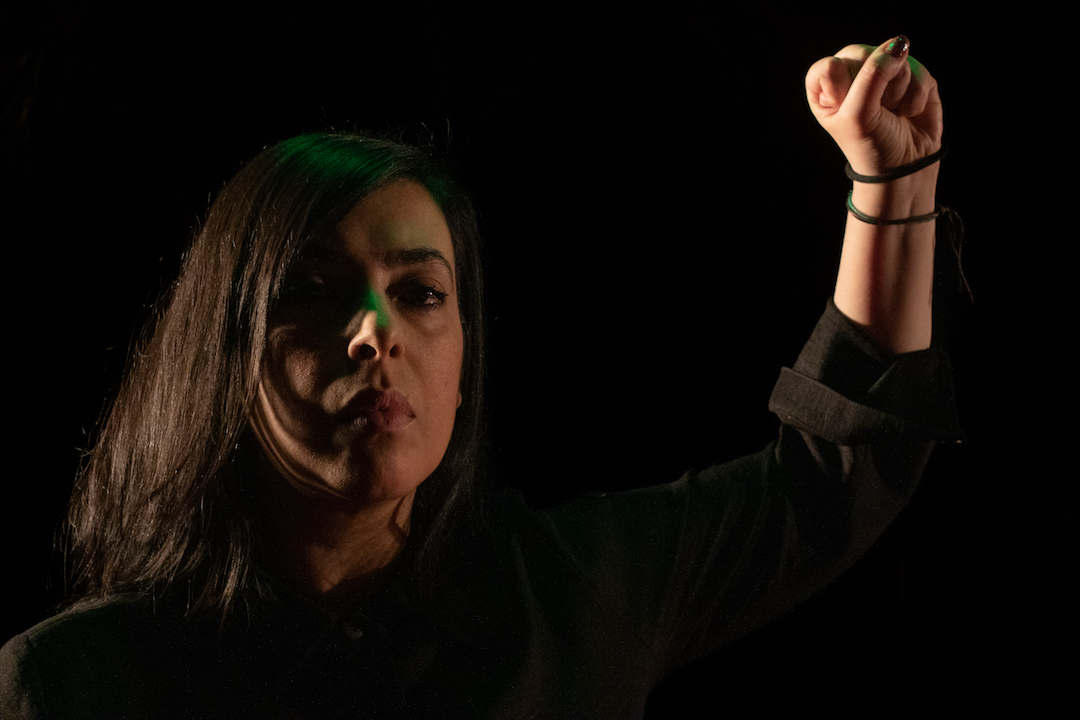 A Scream in the Dark is a project by Companhia Nova de Teatro that investigates some aspects of military dictatorship and censorship in Brazil (1964-1985)—one of the most obscure periods from the recent history of the country.

Based on political prisoners’ testimonies and letters filed in the National Archives of Brazil, this multimedia play casts a glance on women who were arrested and tortured during the Brazilian Military Regime.

In this solo performed by Carina Casuscelli sided by an inquisitor puppet, a woman finds archive boxes in a dark room. The archived documents are read and interpreted by the woman, with the support of video and slide projections evoking memories and flashes of one of the most tenebrous periods of Brazilian history.

The show’s scenic design and dramaturgy are signed by Lenerson Polonini, a director from Rio de Janeiro with most of his career path developed in São Paulo. At 43, this co-founder of the awarded Companhia Nova de Teatro has his work known by visual appealing, stylized, performative mise-en-scènes that use video as light source and as the unconscious reverberation of the characters.

Soundtrack was created by the renowned musician Wilson Sukorski. The English version of the play is assigned to Fabio Fonseca, the creator of outstanding translations as the Brazilian version of Lady of the Sea, directed by Robert Wilson.

In this moment when authoritarianism arises in the world and threatens democracy and freedom of speech, it’s essential that the Arts bring critical and poetical thoughts on the events of our time and warn on how corrosive the populist totalitarian regimes are.

The performative acting privileges the physical aspect of actors on the stage, where they do not play "roles", but act as icons, images, and vehicles through which the audience can receive multiple visual and sounding events as if they were inside a box of sensational stimuli.