La MaMa Kids: A Gun Is Not Fun 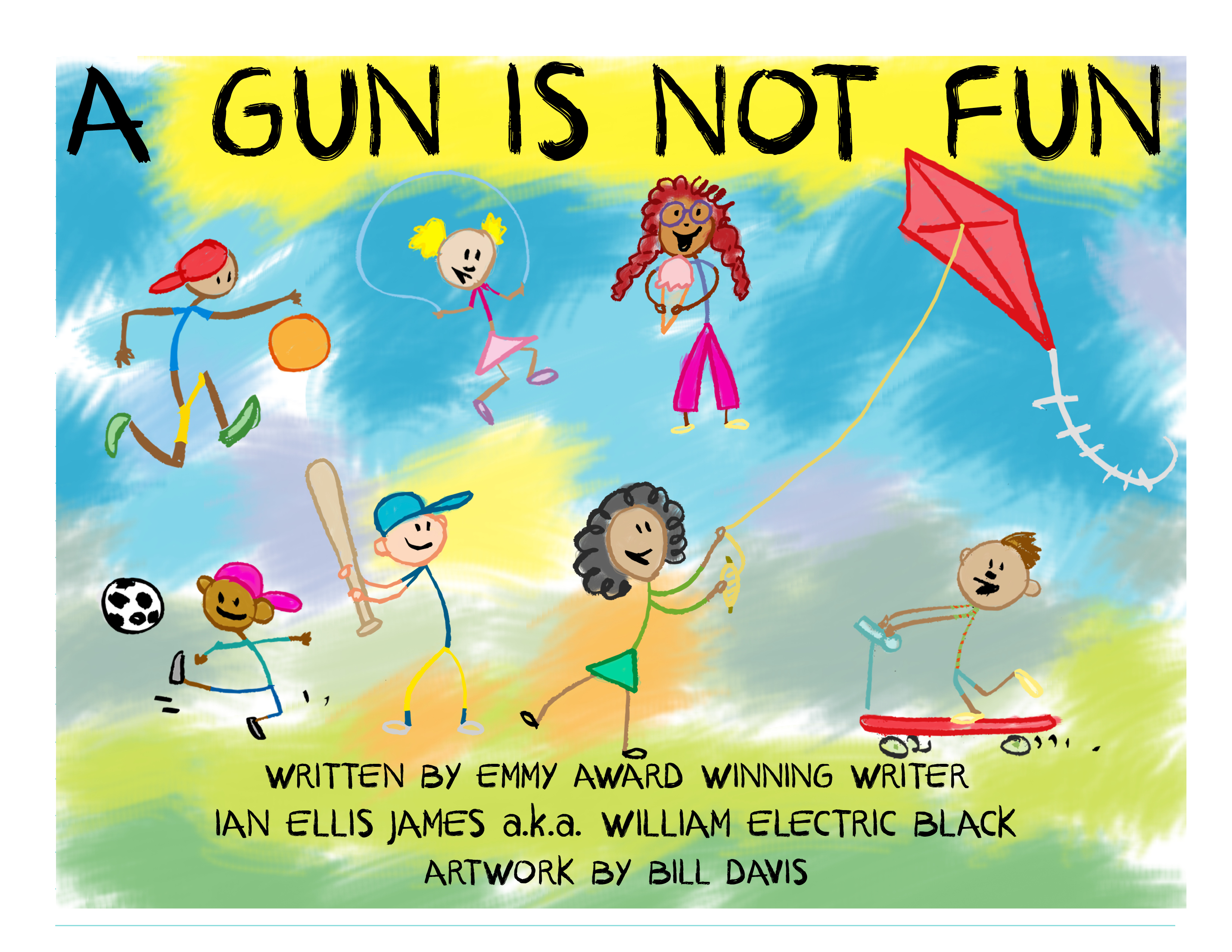 A Gun Is Not Fun

The child will know how to take action when gun violence occurs in their neighborhood streets, parks, playgrounds, and schools. The action consists of avoiding the violence, running to tell a grown-up about the gun violence, avoiding a situation that leads to gun violence, hiding, calling 9-1-1, and never touching any gun or rifle they see or come in contact with.

William Electric Black, aka Ian Ellis James, is a seven-time Emmy Award winning writer for his work on "Sesame Street" between 1992 and 2002. He also wrote for Nickelodeon's "Allegra’s Window" and LancitMedia’s "Backyard Safari." In a series of multimedia projects, Black has campaigned for exercise and good nutrition for young children, prescription drug awareness and obesity prevention. He has received a Bronze Apple (National Educational Video Award) for directing. He has also received several Best Play Awards and has been published by Benchmark Education, The Dramatic Publishing Co. and Smith & Krauss. He is a faculty member at NYU’s Tisch School (Dept. of Dramatic Writing/Open Arts, and NYU’s Summer High School Program). He has also taught at The Collegiate School, The Riverdale Country Day School, Southern Illinois University, 92nd Street Y, Teachers & Writers and TheatreWorks USA. Black's record with "activist" plays is admirable. In 2009, he directed Theater for the New City's sensational and serious "Lonely Soldier Monologues: Women at War in Iraq," a staged series of monologues based on a book by Helen Benedict. The play earned widespread notice and significantly helped the issues of America's female soldiers to be widely recognized for the first time. Last season, Black launched his GUNPLAYS series at TNC with "Welcome Home Sonny T," a play that spotlighted two significant forces driving the current epidemic of gun violence: the social impact of alienation and unemployment on young black males and the declining influence of black ministers as a force of stability in affected neighborhoods.

Federico Restrepo was born in Bogotá, Colombia. He began his training of mime and ballet as a young boy with Priscila Welton and Miroslav Kura. His first professional theatre work was dancing with the Ballet National de Colombia in 1983. He came to New York in 1985 and studied at the Merce Cunningham School. Since 1985 he has developed a puppetry style which incorporates design and dance. He is the founder and artistic director of Dance/Puppet Theatre Company, Loco7, formerly known as Puppets and Drummers. His goal as a director has been to design the set and puppets as an extension of the dancer’s body. The spectacle is an ever changing environment, transforming and moving through out the space. His subject matter is very much, the soul of Colombia mixed with his experiences of living in New York City. His intense love and passion for the history of the Americas and his journeys in New York are a constant source for all his work. With his company, Loco7, he has premiered, designed, performed and directed over twenty original pieces at La MaMa in New York City, with subsequent tours through out the world.