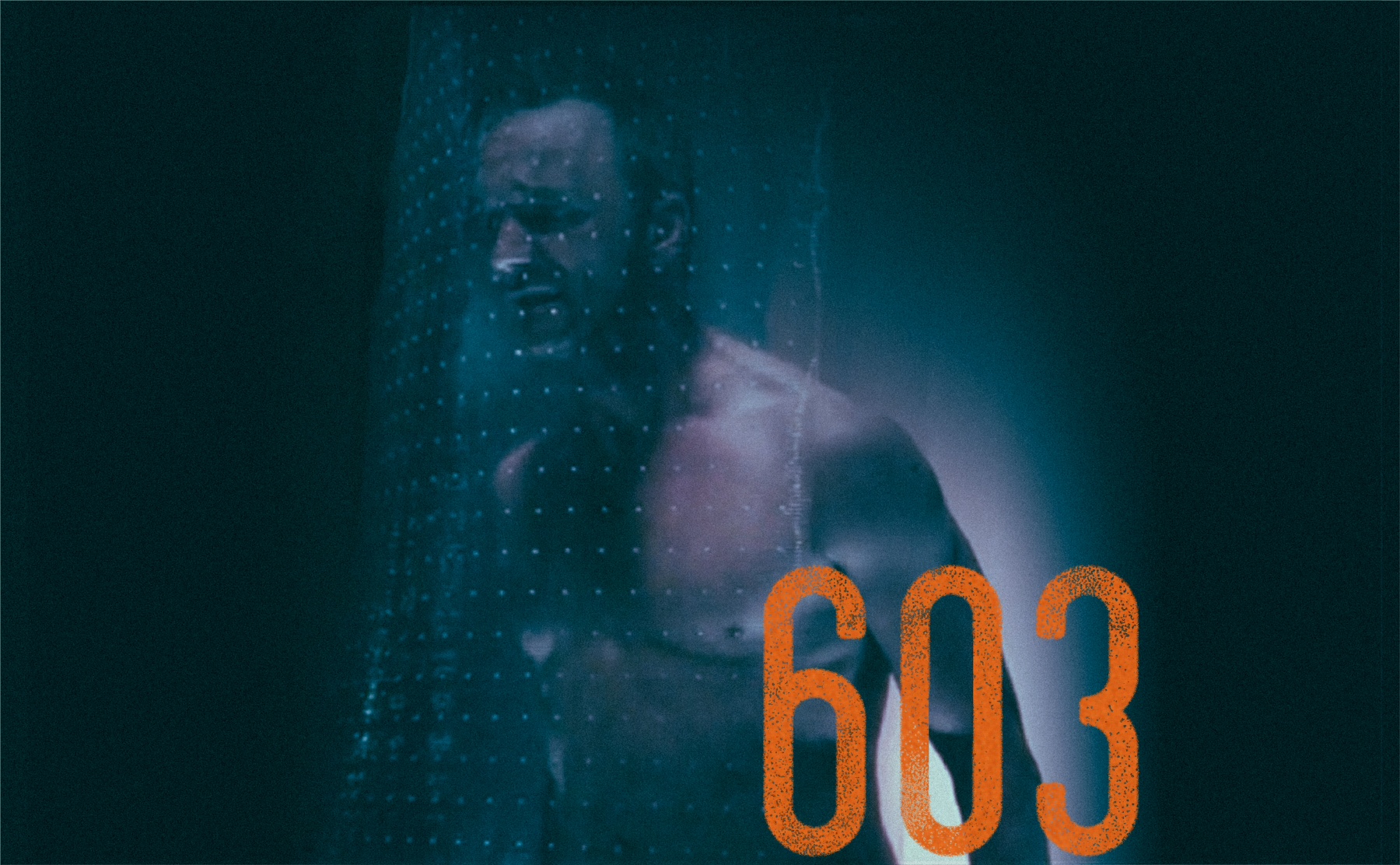 603 is a new solo work written and performed by Jon David Casey. Within its genre of “psychological surrealism,” it’s a hyper-verbal lament: a 60 minute descent into the buried armor of the body.

In 1956, the FDA arrested Doctor Wilhelm Reich and sentenced him to two years’ imprisonment, and that same year more than six tons of his publications were burned and his inventions destroyed – the largest act of censorship ever to occur in the USA. Reich died in prison, days before his scheduled release. Dr. Reich’s theory of Orgone (an invisible life force) and his Orgone accumulator (a box) are central to the play. They become a kind of Pandora’s box, unleashing a furious force and revealing a shattered narrative. The play relentlessly and ferociously faces the rambling and threatening truth that lies beneath.

Jon David Casey is an artist living in New York City.  He is a writer and has created original works for performance over the past 10 years- including KITCHEN WINDOW , and FUATRE presented at REDCAT, L.A. , Dixon place , NYC , Blackston Gallery, NYC.  He has worked as a professional actor for the past 20 years, working under the direction of Robert Wilson Alley theatre, Martha Clarke, Atlantic theatre Co., Chen Shi-zheng, Gordon Davidson, Kirk Douglas Theatre, Jack Hoffsis, Andre Serbian , Adrian Hall, Tina landau, Anne bogart , and Michael WIilson. Jon david has worked extensively in television and film. Film and TV credits include : Elementary, Blue Bloods, Medium, Numbers , Star Trek – first contact, It’s my party and Day zero. Jon David won a dramalogue award for his role of Artaud in the actors gang production of VOX. Mr Casey’s latest work “SIX 0 THREE”, a solo work, written and performed by himself, has been in development for the past SEVEN years in L.A. at Redcat, in NYC at Dixon Place,  Abron’s Art Center, New York Theater Workshop, and in CT at Dragons Egg – Mystic, CT. JD stars in the  INDIE feature film – This is Nowhere.

Simon Cleveland‘s career has spanned the lighting industry from theatre & dance, to film & televising, and even architectural & retail.  Notable projects include lighting the United Nations buildings for the 70th anniversary of its founding, and the Tiffany & Co. Holiday Show Windows.  Recent theatre works include The Twelfth Labor (Loading Dock Theatre company), Ms. Julie Asian Equities (Loading Dock Theatre), and the Summation Dance Company’s 5th Anniversary Season. Simon holds a MFA in Design for Stage and Film from the NYU Tisch School of th Arts. Selections of Simon’s work can be seen at simoncleveland.com

Machine Dazzle has been dazzling stages via costumes, sets, and performance since his arrival in New York in 1994. Conceptualist-as-artist, meets DIY, meets “glitter rhymes with litter”  Credits include Julie Atlas Muz “I Am The Moon And a You Are The Man On Me” 2004, Big Art Group “House Of No More” 2006 , Justin Vivian Bond “Lustre” 2008, Taylor Mac ” The Lily’s Revenge” 2009  Justin Vivian Bond “Re:Galli Blonde” 2011 Taylor Mac ” Walk Across America For Mother Earth” 2012, Chris Tanner “Football Head” 2014. Also worked with Taylor Mac’s ” A 24 Decade History of American Popular Music” in 2016!