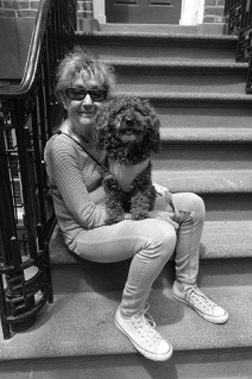 "The Play-House of the Ridiculous attracted misfits of all kinds, such as Chris Kapp, who didn’t blend in with her peers growing up in the 1950s. 'I find that most people that go into show business have had horrid lives, and they sort of all joined together,' she said."
- from The Downtown Pop Underground

On Sunday, October 25 (4PM-EDT) we’ll be having a virtual get-together to reminisce about Chris Kapp.  We'd love to hear everyone's stories and memories of Chris.  She was a force in so many lives and it would be wonderful to understand what she did for so many people.