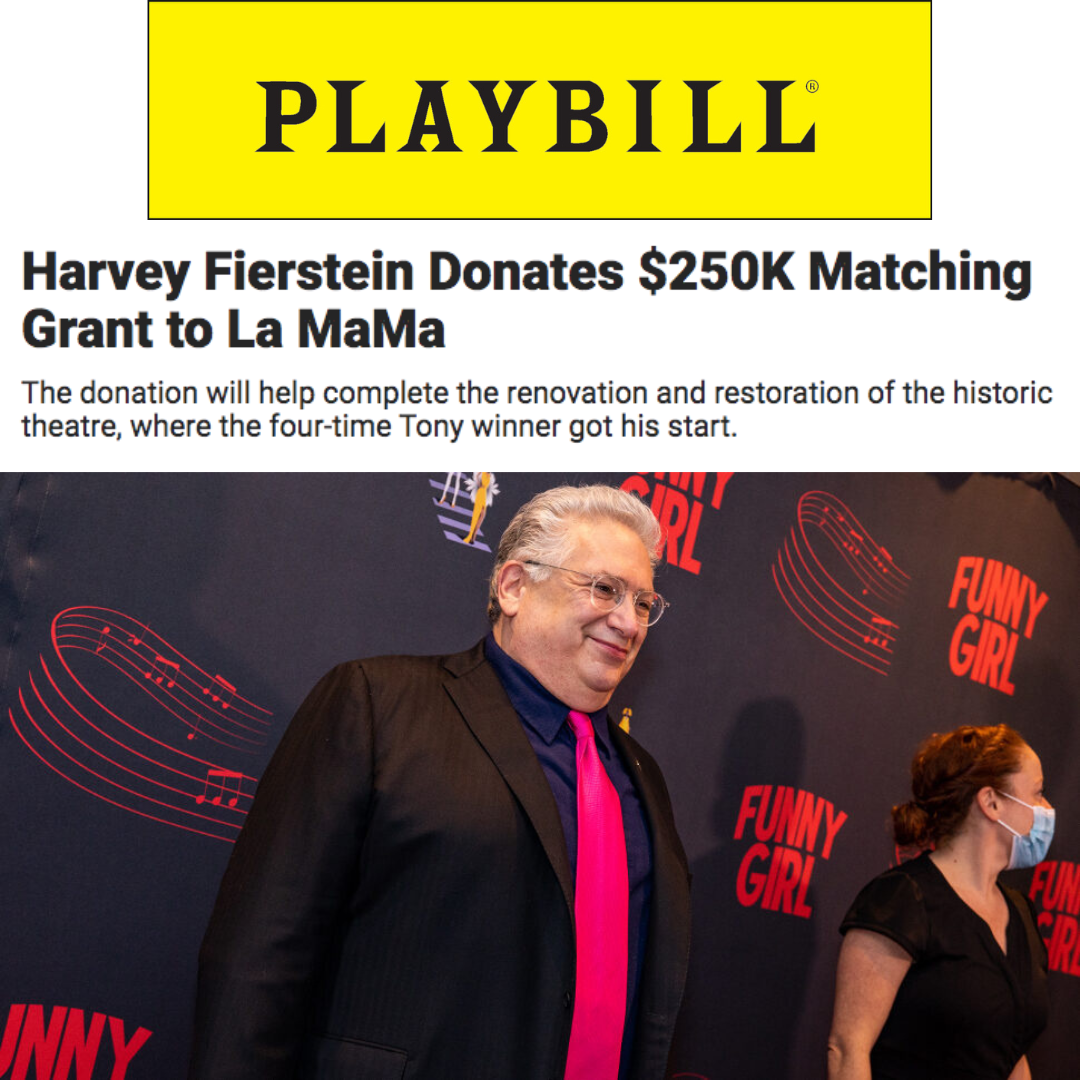 ‍The donation will help complete the renovation and restoration of the historic theatre, where the four-time Tony winner got his start.

Read the article in Playbill.

Harvey Fierstein has donated a $250,000 matching grant to La MaMa Experimental Theatre Club's capital campaign, with funds going to help complete the renovation and restoration of the company's building in NYC's East Village.

The four-time Tony-winning actor and writer, who got his start at the landmark Off-Off-Broadway institution, is encouraging the public to make their own donations so his matching grant can be used in full.

"[La MaMa founder] Ellen Stewart, La MaMa, called us her babies and tended to us in the nurseries that were her theatres," says Fierstein in a statement. "Every artist needs a safe place to develop, to experiment, to engage other artists, to seek the feedback of audiences, and to grow. I, and thousands of other artists, found that place to be La MaMa ETC. Please join in this effort to modernize and strengthen the nursery for the generations of theatre artists and audiences to come. There’s no better way to support the arts than by supporting the arts."

Fierstein, currently represented on Broadway with Funny Girl (for which he penned a new book), made his La MaMa acting debut in Andy Warhol's Pork, later appearing in Robert Patrick's The Haunted Host. He would go on to debut much of his early work as a playwright at the Off-Off-Broadway theatre, including the three one-act plays that would later collectively become Torch Song Trilogy; the work earned Fierstein his first two Tony Awards (Best Actor in a Play and Best Play) when it transferred to Broadway in 1982.

"Harvey is a revolutionary artist who breaks boundaries using his heart and his mind to speak truth through his work," shares La MaMa Artistic Director Mia Yoo. "He paved the way for so many other artists who came after him, helping to shape La MaMa's legacy. We are deeply grateful for his gift which will help ensure that artists of all identities can continue to pursue their creative dreams at La MaMa."

Among the improvements planned for the historic building are ADA accessibility on all floors, an enlarged lobby, dedicated community space, an outdoor terrace, and a building-wide data network.

To donate to the campaign, visit lamama.org.