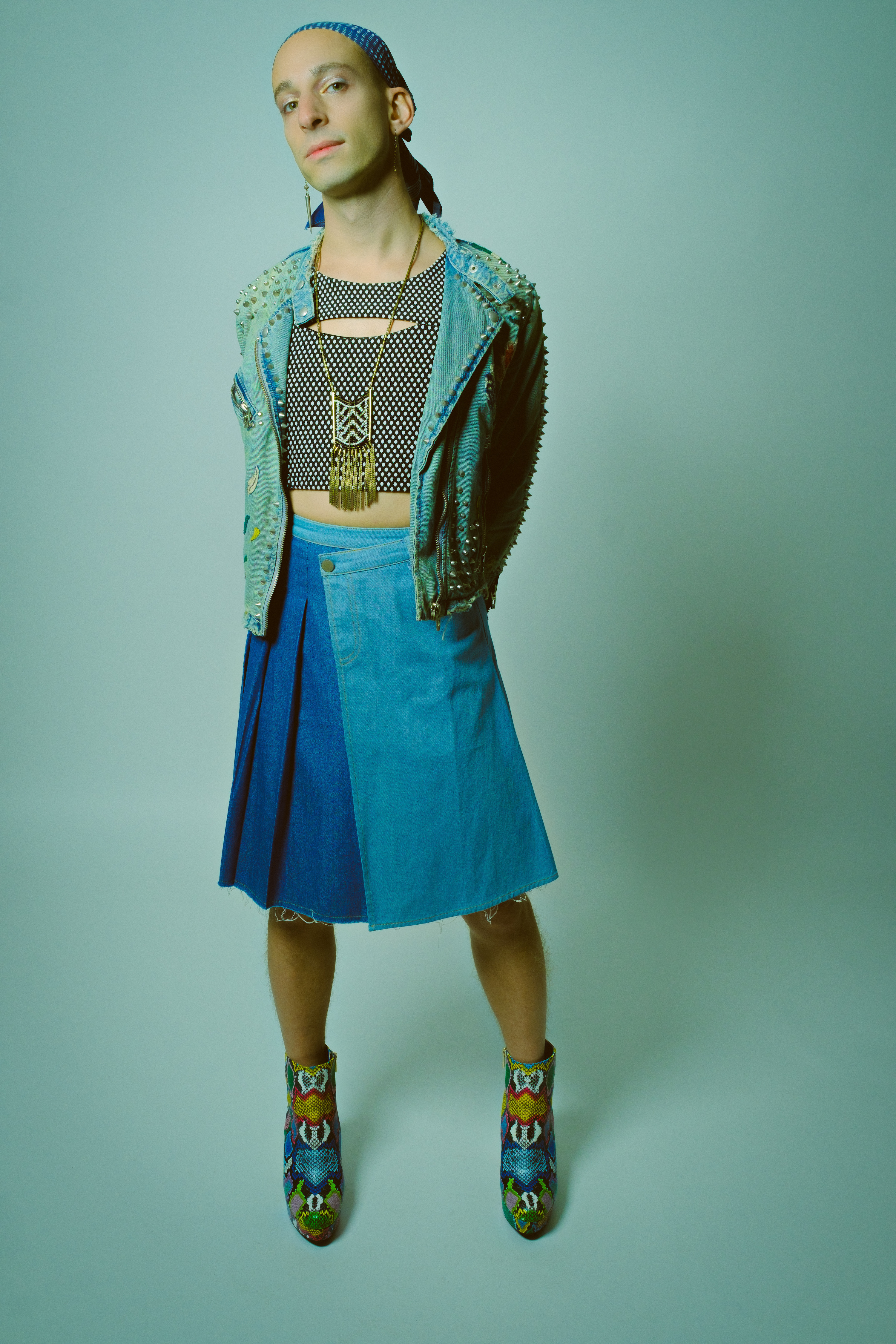 Truth Bachman (they/them/theirs) is a composer, vocalist, and writer of socially-focused musicals. Described by the NYTimes as “musically and vocally rich”, they are praised for “golden-voiced”, “soulful vocals” (Vulture). Truth was recently featured in Teen Vogue.

Bachman’s acclaimed Shapeshifters, about LGBTQ+ superheroes, was developed at an ongoing residency at Joe’s Pub, The Delacorte Theatre, Musical Theatre Factory, UArts, and was the inaugural recipient of the Denovan Grant. The soundtrack will be released in 2022.

FARMED: A Live Podcast Album, Bachman’s musical podcast concert, features interviews with grassroots leaders and a vocally percussive score for 25 voices. It was published in 2020.

Truth has written and composed 10 full length musicals, and musically directed, supervised, or performed in nearly 100 off Broadway musicals and plays. Their short “Who Holds Us” recently debuted at NewFest.

Truth is an artist in residence at La Mama ETC and a visiting artist at Princeton University with director Will Davis for the ‘21-22 season. Truth is an alum of New Dramatists Composer-Librettist Studio, Joe’s Pub Working Group, NYU Tisch, and received a 2021 Jerome Hill Fellowship award as a finalist in music. Truth’s latest work, Luna and The Starbodies, plays Joe’s Pub in May.