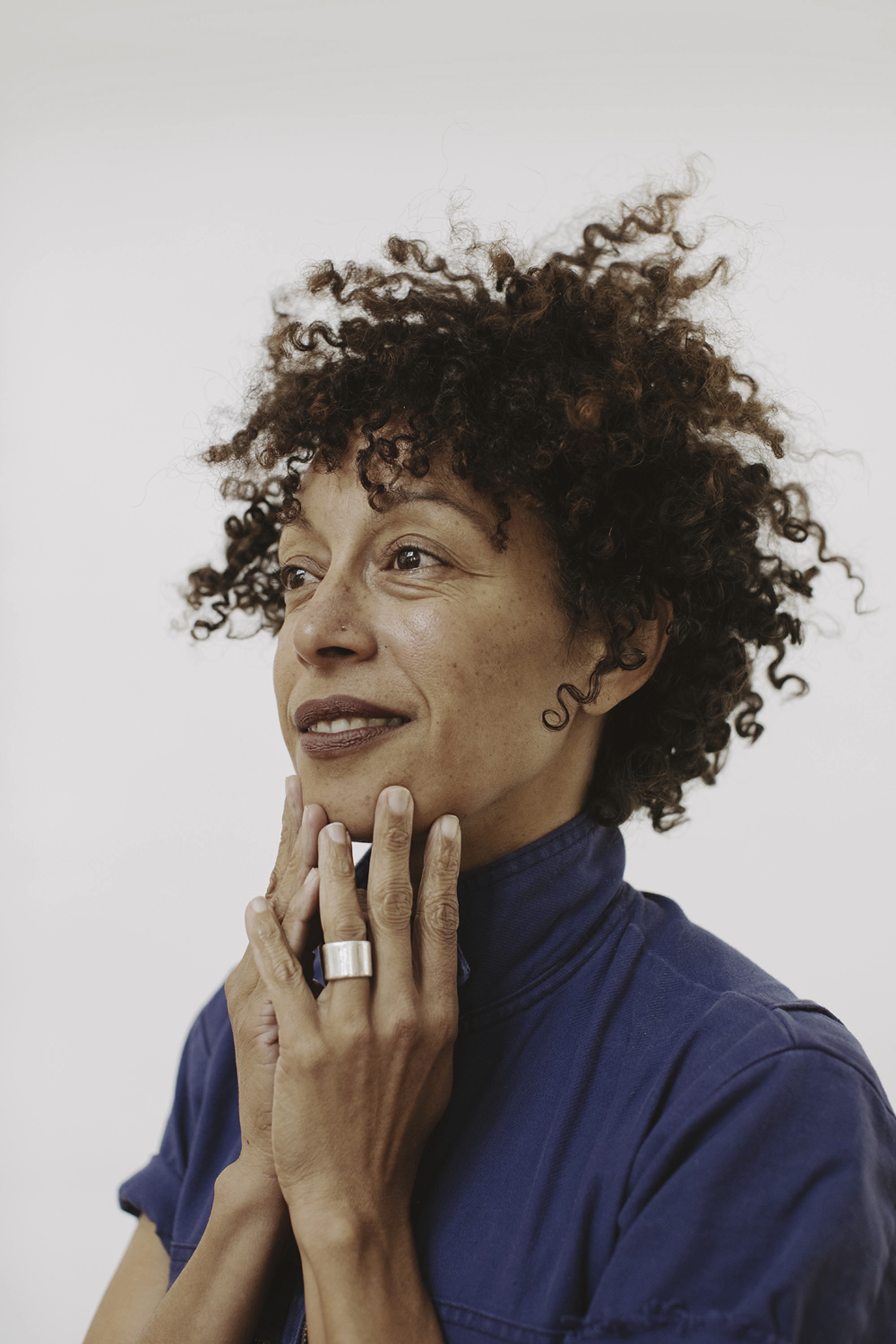 Child of a jazz composer/producer father and writer mother, and raised in Soho when it was still led by artists, Stefanie Batten Bland was clearly destined for a future in the arts. She situates her work at the intersection of dance-theatre, film, and installation, with a focus on the interrogation of contemporary and historical culture.

Jerome Robbins Awardee Batten Bland has been featured in The New York Times, NYT Style Magazine, Dance Magazine, Marie Claire, The Brooklyn Rail, TV 5 Monde, and Dance Europe. In 2021, she was awarded the National Dance Project Production Grant for her work Embarqued: Stories of Soil, premieres at Duke Performances in April 2022. In addition, she was 2021 commissioned artist by Baryshnikov Arts Center and Duke Performances and a 2021 Toulmin Creator Fellow for the Center for Ballet Arts at NYU.

Known for her unique visual and movement aesthetic, she served as movement director for Eve’s Song at the Public Theater (Forbes 2018 Best Theatre), European Union at the United Nations, NY, and is currently Casting and Movement Director for Emursive Productions (producers of Sleep No More). She has created for fashion and lifestyle partners Louis Vuitton, VanCleef & Arpels, Hermés, and Guerlain. Her choreography is currently in active repertory at American Ballet Theater, Alvin Ailey II, Transitions Dance Company in Greenwich, UK, and Frontier Danceland in Singapore. Her work has been seen internationally at the Spoleto Festival in Italy, Danse à Lille, in France, and Tanztendenzen in Germany.

SBB’s 2021 dance film, Kolonial, produced by Baryshnikov Arts Center has won seven US & international film awards, and was nominated for two Bessie Awards. She has created fourteen other dance cinema films that have been shown in international festivals from South Africa to Buenos Aires and Greece to Germany.

A global artist, Batten Bland established her own company, Company SBB, in France in 2008 while positioned as head choreographer at the Paris Opéra Comique. Upon returning to New York City in 2011, she received the support of Mikhail Baryshnikov as a part of the esteemed residency program at Baryshnikov Arts Center, where she has continued to present work. The company just reopened live performances at Martha’s Vineyard with a partnership between The Yard, Martha’s Vineyard Museum, and the MV African American Heritage Trail.

SBB received her MFA in interdisciplinary arts from Goddard College, is Assistant Professor at Montclair State University’s Department of Theatre and Dance, and lives in SoHo with her family.