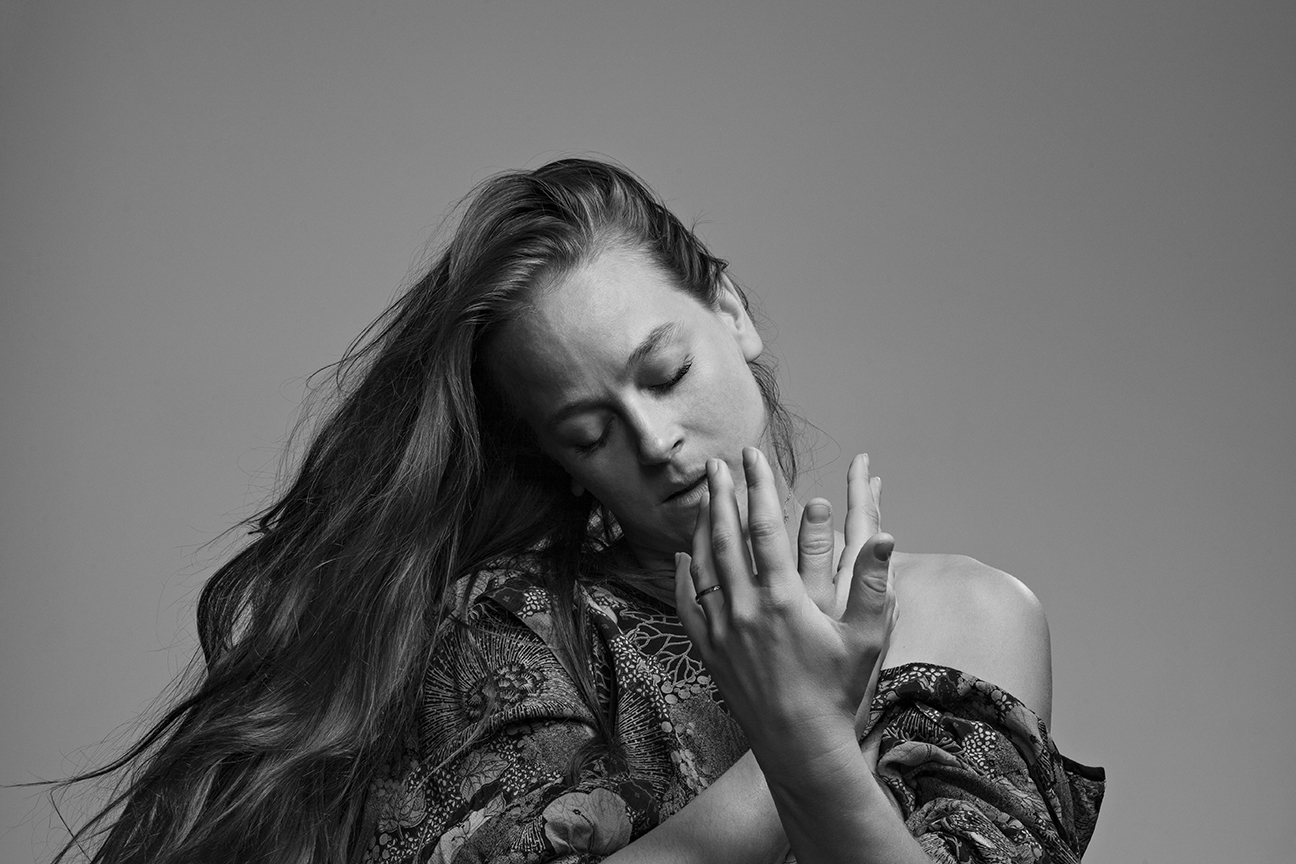 “Smith is an extraordinary dancer ….but she’s an even better choreographer. One of the great pleasures of moviegoing is watching bodies in motion, and she fills Yakin’s self-exploration with artists exquisitely writhing, gliding, clapping, stomping, vamping and contorting in perfect rhythm.”

“Smith is an extraordinary dancer ….but she’s an even better choreographer. One of the great pleasures of moviegoing is watching bodies in motion, and she fills Yakin’s self-exploration with artists exquisitely writhing, gliding, clapping, stomping, vamping and contorting in perfect rhythm.”

Bobbi Jene Smith (Choreographer) is an alumnus of The Juilliard School, North Carolina School of the Arts, and the Royal Winnipeg Ballet School. Her choreography has been presented by The Batsheva Dance Company, CORPUS of The Royal Danish Ballet, LADP, VAIL Dance Festival, LaMama Experimental Theater, The Martha Graham Dance Company, PS122 COIL Festival, A.R.T, The Israel Museum, Luminato Festival, UNC Chapel HIll, and Sacramento Ballet. In 2017 she became a founding member of the American Modern Opera Company (AMOC). In 2019 she was awarded The Harkness Promise Award and was The Martha Duffy Resident Artist at Baryshnikov Art Center.

Bobbi’s film and video work include, “Annihilation” directed by Alex Garland starring Natalie Portman, “MA” directed by Celia Rowlson-Hall, and “Yossi” directed by Eytan Fox. The documentary "Bobbi Jene" which follows Bobbi’s trajectory of leaving a dance company to create her own work, swept the Tribeca Film Festival, winning best documentary, best cinematography, and best editing in 2017. In 2018, Bobbi starred in as well as choreographed the feature films, “Mari” directed by Georgia Parris and choreographed by Maxine Doyle, which premiered at BFI and “Aviva” directed by Boaz Yakin which was a SXSW selection.

Bobbi has been a certified GAGA teacher for the past 15 years and has taught Ohad Naharin's repertory in schools and universities around the world. She is part-time faculty at the Juilliard School, and guest teaching at NYU and UArts.

Or Schraiber was born in 1992 in the city of Jerusalem, where he studied at the ‘Jerusalem Academy of Music and Dance’ high school. In 2010 Or joined the Batsheva Dance Company, with whom he danced for seven years. In parallel to his time in the company, he served at the IDF for three years. In 2016 Or had appearances in the ‘Bobbi Jene’ and ‘Mr. Gaga’ documentary films. In 2017, Or moved to New York City to study acting at the Stella Adler Studio. In 2018, he starred in and co-choreographed Boaz Yakin’s film ‘AVIVA.’ In 2019, joined to ‘The Band’s Visit’ National Tour. Or is a core member of AMOC (American Modern Opera Company).

Emily Terndrup (Art Director / Performer / Writer) is a performer, choreographer, and director based in New York City. She has spent much of the past decade working in immersive dance theater as a performer and rehearsal director for Punchdrunk's acclaimed 'Sleep No More'  (2012-2019) in both New York and Shanghai. As a company member with Gallim Dance (2012-2014), she performed choreographer Andrea Miller's I Can See Myself in Your Pupil, Blush, Wonderland, Fold Here, and Mama Call throughout the US, Europe, and South America. Emily has also collaborated and performed with Luke Murphy-Attic Projects (The Dust We Raised - 2017), Shannon Gillen + Guests (A Colored Image of the Sun - 2012), and Gregory Dolbashian (Eggshells - 2011). Most recently Emily served as a rehearsal director at Gallim Dance, and the Creative Director for The McKittrick Hotel, crafting content and choreography for their celebrated immersive parties.

With collaborator Derrick Belcham, she has choreographed, directed, and produced three evening-length dance theater works: FABLE (2015), DEBUT (2014), and The Wilder Papers (2014) at the Knockdown Center in New York. Together, Belcham and Terndrup have created music videos for My Brightest Diamond, Marissa Nadler, White Prism, BLKKathy, and Mary Lattimore. Derrick and Emily's films have been presented at the San Francisco Dance Film Festival, CASCADIA Dance & Cinema Festival, KRAFTA DOC, Greensboro Dance Film Festival, SV Showcase/40 North Film Festival, Triskelion Arts Dance Film Festival, and San Souci Dance Festival. Emily’s other choreographic projects have been presented at The Kennedy Center for the Performing Arts (D.C), Lincoln Center's Clark Studio Theater (NY), The Knockdown Center (NY), The Packing House (CO) and Supercinema (NY). She has performed in commercial events for H&M and Athleta. Emily is a graduate of the University of Utah, where she received a BFA in Modern Dance Performance.

Vinson Fraley, JR. hails from Atlanta, Georgia. He began his training at the age of 14 under the direction of Lynise and Denise Heard. Vinson studied at Tisch School of the Arts at New York University and was most recently a company dancer for Abraham.In.Motion. Vinson has been fortunate enough to work with many choreographers and instructors including Rashaun Mitchell, Cora Bos Kroese, Gus Solomons Jr., Cindy Salgado, Sean Curran and many more. Vinson joined the Bill T. Jones/Arnie Zane Company in 2017.

In 2016, she played a week at the Théâtre du Rond-Point Bee rolling on the blue hibiscus, a short play written and directed by Loïc carcasses in the writing contest launched by Jean-Michel Ribes.n 2017, she joined the group The young Louves for their first show my sweet Sodom written by Laurent Gaude and played at the Théâtre de la Bastille in the festival Act & College. She will present this piece in Avignon OFF Festival in summer 2018.Since summer 2017, she temporarily left France to join the Stella Adler Studio of Acting in New York for three years. There she met the dancers and choreographers Or Schraiber and Bobbi Smith with whom she will participate for the first time as a dancer in a feature film directed by Boaz Yakin, Aviva (2018).

Jesse Kovarsky graduated with an MA in Dance Performance (Transitions Dance Company) in 2011. Since graduating he has worked with many choreographers including Russell Maliphant, Arthur Pita, Hofesh Shechter, Ryan Heffington, Sam Pinkelton, and Sidi Larbi Cherkaoui. He has performed with The English National Opera, Junk Ensemble and with Punchdrunk in The Drowned Man: A Hollywood Fable and Sleep No More, and with the Metropolitan Opera, New York in The Death of Klinghoffer. He has also appeared in the feature films Anna Karenina and The Muppets.  He has recently performed on Broadway in the Tony Award-nominated revival of Fiddler On the Roof as well as the Tony winning show The Bands Visit as both performer and Associate Choreographer.

Yiannis Logothetis is a dancer, performer, actor, choreographer, teacher and mentor. He grew up in Thessaloniki, Greece and moved to NYC in 2013. He is currently in the creation of Destination, an eye-opening dance-theatre performance directed by Yang Zhen and sponsored by Menno Plukker premiering in Sydney, September of 2019. Lately, he has been collaborating with Bobbi Jene Smith for a number of upcoming performances including With Care and Lost Mountain. His love for improvisation and instant composition lead him to co-create Performance & Party a longside Elia Mrak and Hannah Wendel. In the future, his choreographic works will aim to explore the power of interdisciplinary performances by bringing artists of different fields together to share the space.

Yiannis got his dance BFA degree from Marymount Manhattan College while receiving the "Gold Key” award for choreographic recognition. There, he had the opportunity to work with established choreographers such as Αszure Barton, Johannes Wieland, Alexandra Damiani and Shannon Gillen.

His professional experience as a performer started when he became a part of Punchdrunk’s off Broadway Sleep No More NYC where he played the roles of Macbeth and Banquo. Later collaborations include Crystal Pite’s and Jonathan Young’s Betroffenheit tour with Kidd Pivot, Bobbi Jene Smith’s Caldera with CORPUS, and Boaz Yakin’s feature film AVIVA.

Derrick Belcham is a Canadian filmmaker based out of Brooklyn, NY whose internationally-recognized work in documentary and music video has led him to work with such artists as Philip Glass, Steve Reich, Laurie Anderson, Paul Simon, Ryuichi Sakamoto and hundreds of others in music, dance, theater and architecture. He has created works and lectured at such institutions as MoMA PS1, MoCA, The Solomon R. Guggenheim Museum, The Whitney Museum Of American Art, Musee D’Art Contemporain, The Philip Johnson Glass House, Brooklyn Academy of Music and The Contemporary Arts Center of Cincinnati. His work regularly appears in publications such as The New York Times, Vogue, Pitchfork, NPR and Rolling Stone as well as being screened at short, dance and experimental festivals and retrospectives around the world. 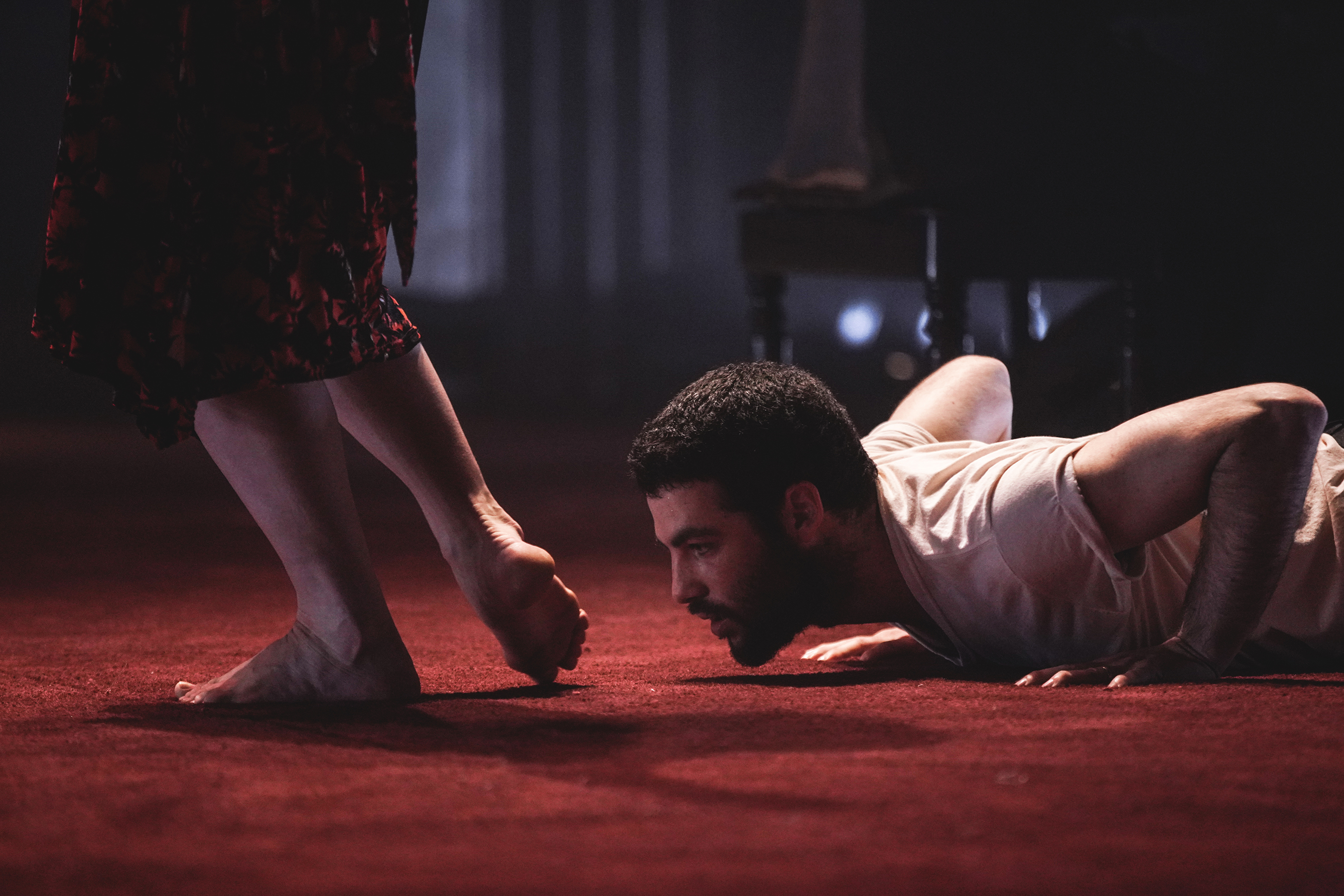 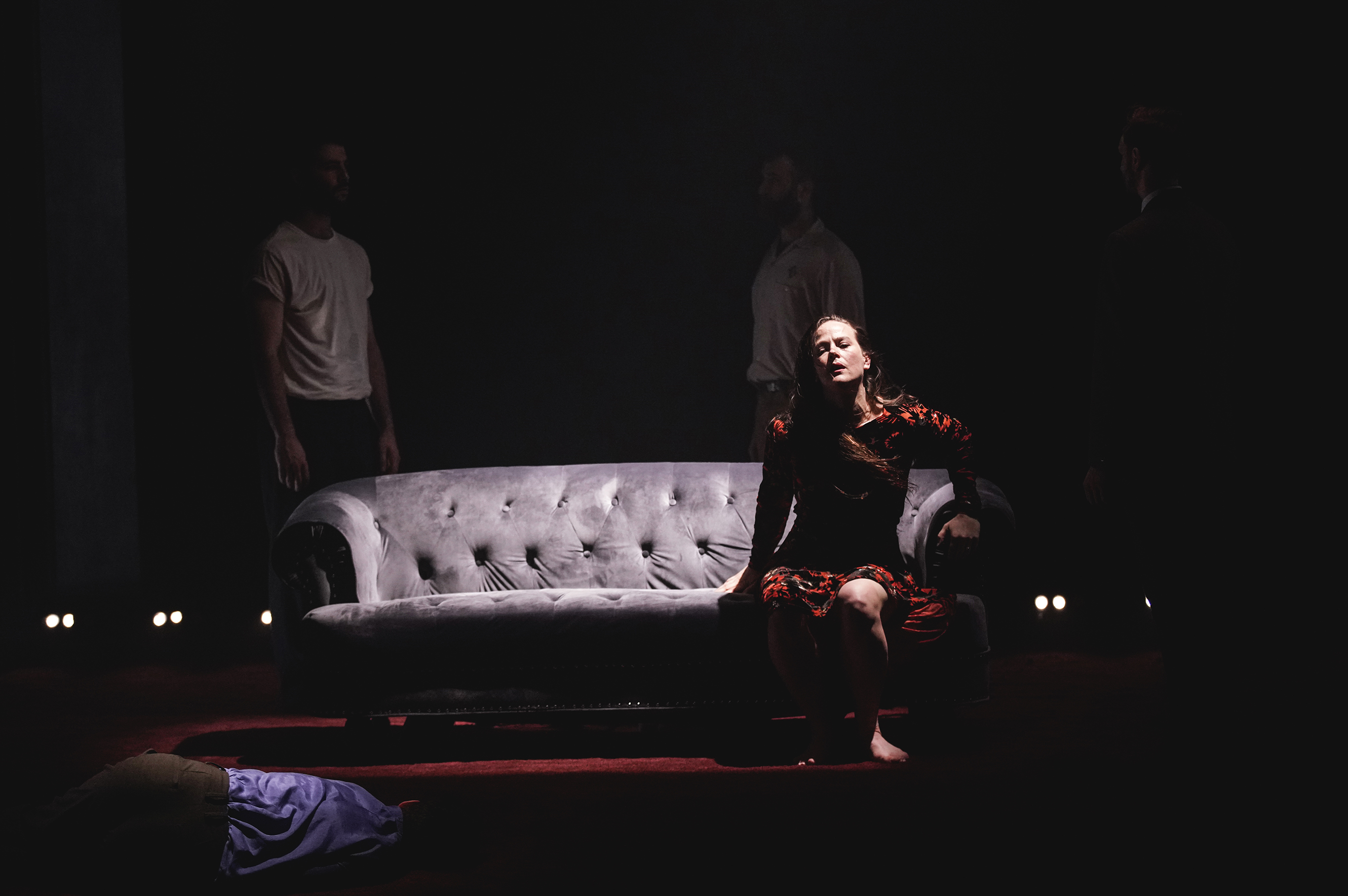 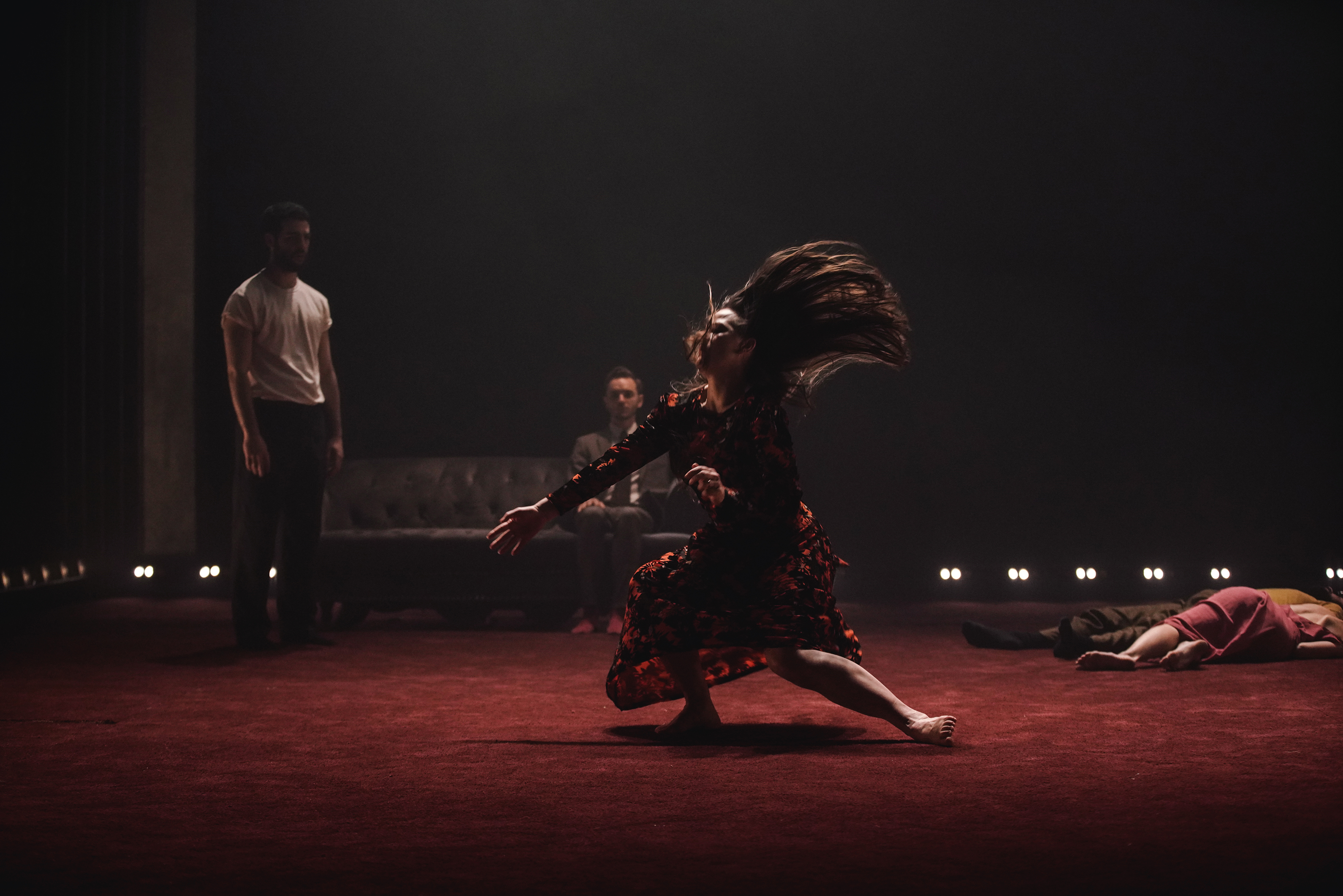