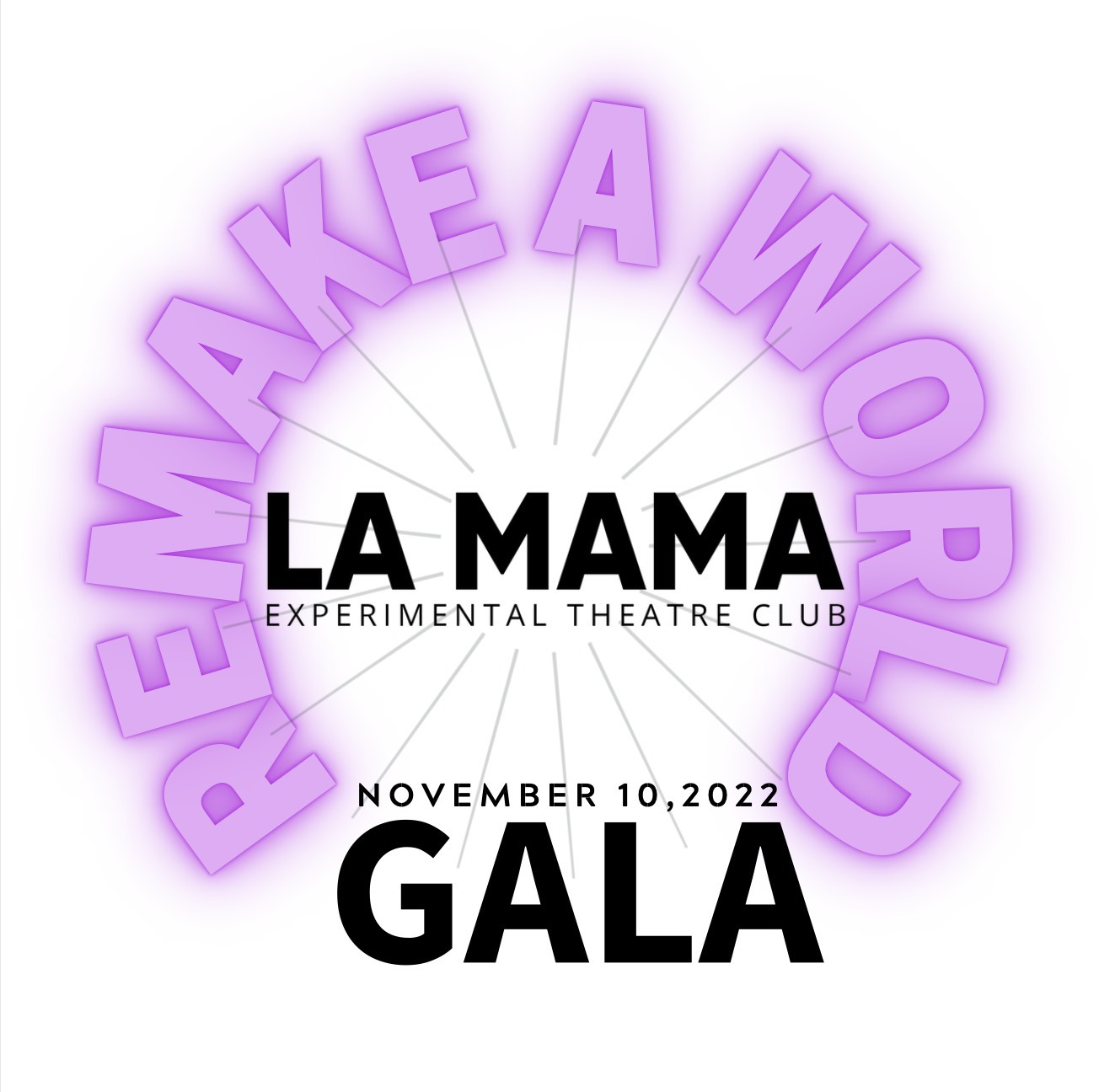 "Every human is the other human. We are one world."

The Remake A World Gala celebrates La MaMa's artists and audiences who have long been part of our One World Vision.

‍Beka Vučo, The Balkans/United States for her work to support and encourage people to build a better, more just, and open democratic society in the Balkans and South Eastern Europe using arts, culture, and education through her organization My Balkans, and three decades of work with the Open Society Foundations.

Belarus Free Theater, Belarus for pioneering an award-winning global model of activism that unites artistic, geopolitical, environmental and human rights concerns, using theatre to build a movement for democracy, human rights and artistic freedoms. Belarus Free Theater is the only theater in Europe banned by its government on political grounds.

‍Alvaro Restrepo, Colombia for his passions for contemporary dance and social justice, founding Cartagena’s The School of the Body, with a unique interdisciplinary focus on respect for the body that cultivates dances while at the same time addressing topics ranging from human rights to sexuality to drug addiction.

Cecile Guidote-Alvarez, Philippines for her lifetime commitment to “cultural care giving” by providing free arts training to street children, the disabled, and Indigenous youth, as Executive Director of the National Committee for Culture and Arts, and director of TWITAS at La MaMa (Third World Institute of Theatre Arts Studies). She is the moving spirit behind the UNESCO DREAM Center and the International Theater Institute Philippines.

Duk-Hyung Yoo, South Korea for his significant contribution to the international understanding of Asian arts, his impact on arts education through his work at the Seoul Institute of the Arts and his visionary commitment to using digital and emergent technologies to explore new forms of artmaking and cultural exchange across distance, creating a global network of artists and communities; that was the seed for what would become CultureHub.

‍Serhiy Zhadan, Ukraine for his work as an internationally recognized poet and novelist, a theater maker, and a revolutionary through on-the-ground action and establishment of the Serhiy Zhadan Charitable Foundation in 2017 to provide aid to the front-lines. Zhadan was recently nominated for a Nobel Prize and currently remains in Kharkiv to provide humanitarian aid in his hometown.

Richard Lanier, United States for his commitment to forging connections through cultural exchange over the course of his career, and his invaluable contributions to the global dialogue as president emeritus of the Asian Cultural Council and a founding trustee of the Trust for Mutual Understanding.

La MaMa requires proof of Covid-19 vaccination and ID at the door.