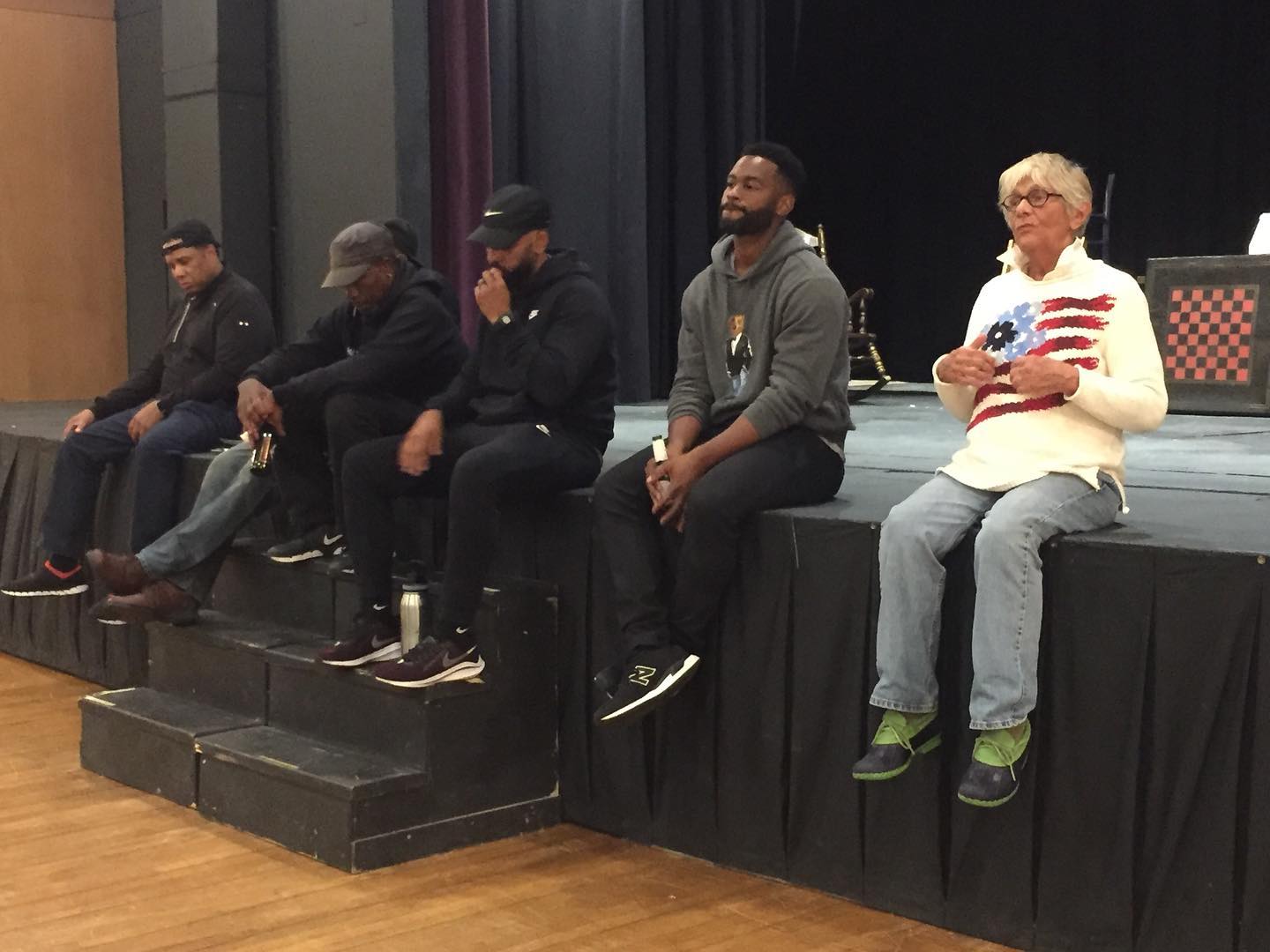 ReEntry: Actors Playing Jazz is a recreation about eight formerly incarcerated men that have come together after their release from prison to start a theater group to keep them on the straight and narrow. Each has developed a love of theater during their prison time. This is free form theatre which explores the various challenges of reentering society. It is about each man's experience outside the walls, how they feel about being free and how they use their creative and theatrical work to transform their responses to society's biases against them. ReEntry was developed at the Actor's Studio in New York, under the direction of Estelle. The actors, all members of the Actors Studio, have numerous stage, TV, and film credits.

ABOUT 400 YEARS OF INEQUITY AND PROTEST

A response to and reflection on the 400 years since the British founding of Jamestown through historical text, poetry, music and dance at La MaMa. All events are FREE, find out more about the festival on our website.

2019 will be the 400th Anniversary of the arrival of the first Africans to be sold into bondage in North America: in 1619 at Jamestown.  There is a call from a coalition of organizations and individuals dedicated to dismantling structural inequality and building strong, healthy communities to families, organizations, neighborhoods and cities to observe the anniversary by telling their stories of oppression and resistance. Inequality is a threat to our health and democracy.  Nearly 400 years of division have created an apartheid society: we need a new social infrastructure to carry us through the challenges of climate change, decaying physical infrastructure, rapidly evolving jobs, underperforming schools, uneven access to health care and lack of affordable housing. Communities and organizations across the country are already observing the call, and addressing these inequalities in bold and impactful ways. Find out more on http://www.400yearsofinequality.org/

Estelle Parsons directed As You Like It, Macbeth, and Romeo and Juliet on Broadway for Joseph Papp. This was known as Shakespeare On Broadway and played for two years. Her next Broadway endeavor was Salome: The Reading by Oscar Wilde starring Al Pacino, Marisa Tomei, Dianne Wiest and David Straithairn, which was developed at the Actors Studio. As an actress, Estelle’s most recent Broadway appearances were The Velocity of Autumn for which she received a Tony nomination, Nice Work If You Can Get It, and August: Osage County.  She made her Broadway debut with Ethel Merman in Happy Hunting and followed that with many starring roles, including Morning’s at Seven (Tony Award nomination), The Shadow Box, The Pirates of Penzance, Miss Margarida’s Way (Drama Desk Award and Tony Award nomination), The Norman Conquests, And Miss Reardon Drinks a Little (Tony Award nomination), The Seven Descents of Myrtle (Tony Award nomination), Galileo, Malcolm, Mother Courage and Her Children, and Whoop-Up.  Off-Broadway audience have seen her in Things of This World and Good People, among others.  In London, she appeared in Deathtrap. Her many film roles include Bonnie and Clyde (Academy Award), Paul Newman’s Rachel, Rachel (Oscar nomination), and many others.  Television audiences know her from  “Roseanne,” where she played Roseanne’s mother for ten years; as well as  “All in the Family,” “Archie’s Place,” “Empire Falls,” among others. Upon her arrival in New York City she was one of eight people who put together NBC’s “The Today Show,” and became the first female political reporter for a television network. Estelle was inducted into the Theater Hall of Fame in 2004. Her most recent stage appearance was Israel Horovitz’s Out of the Mouths of Babes at the Cherry Lane last summer, which was commissioned by Angelina Fiordellisi and written for Estelle and Judith Ivey.